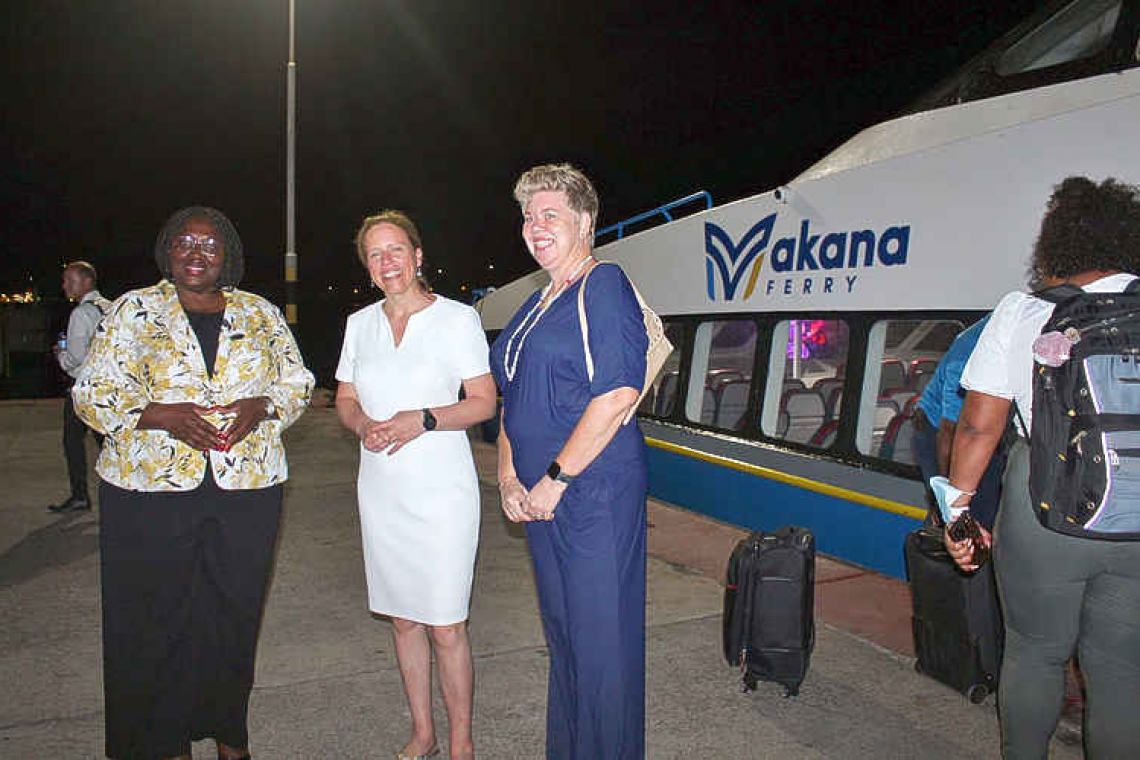 ST. EUSTATIUS--Minister of Poverty Policy, Participation and Pensions Carola Schouten promised, during Tuesday’s visit to St. Eustatius, to work structurally on increasing labour market opportunities for everyone and to strengthen services concerning poverty and debt.

Tackling the problem of poverty and reducing the distance to the labour market are two of Minister Schouten’s core tasks within the Dutch cabinet.

During her first visit to Statia as Minister of Poverty Policy, Participation and Pensions, she took immediate action. At the request of Government Commissioner Alida Francis, she promised to make additional investments in job opportunities for people distant from the labour market. Together with the Public Entity St. Eustatius, a pilot will be launched to open the first social workplace on the island.

“Too many people are still unfairly excluded because of a labour disability, while they would like to and can add great value on the labour market. That is why we are going to use the pilot to give people with a distance to the labour market the opportunity to participate to the best of their ability,” Schouten said.

The issue of poverty in Statia was frequently mentioned during discussions with the Island Council, the representative of Central Dialogue St. Eustatius, and with residents during visits to the out-of-school care facilities and New Challenges Foundation.

Schouten said she is taking steps to strengthen local service provision. For instance, there will be a budget for vocational training courses for employees of the public entity to offer professional guidance to people living in poverty. They can also work on debt prevention.

“The number of people living in poverty here is alarming. This requires a thorough and above all, joint approach. It is important that national and local government reinforce each other. The wishes for this from Central Dialogue will be discussed in the short term,” Schouten said.

Schouten will announce later this week, after completing her working visit to the Caribbean Netherlands, what further investments will be made in Bonaire, Statia and Saba in the short term.