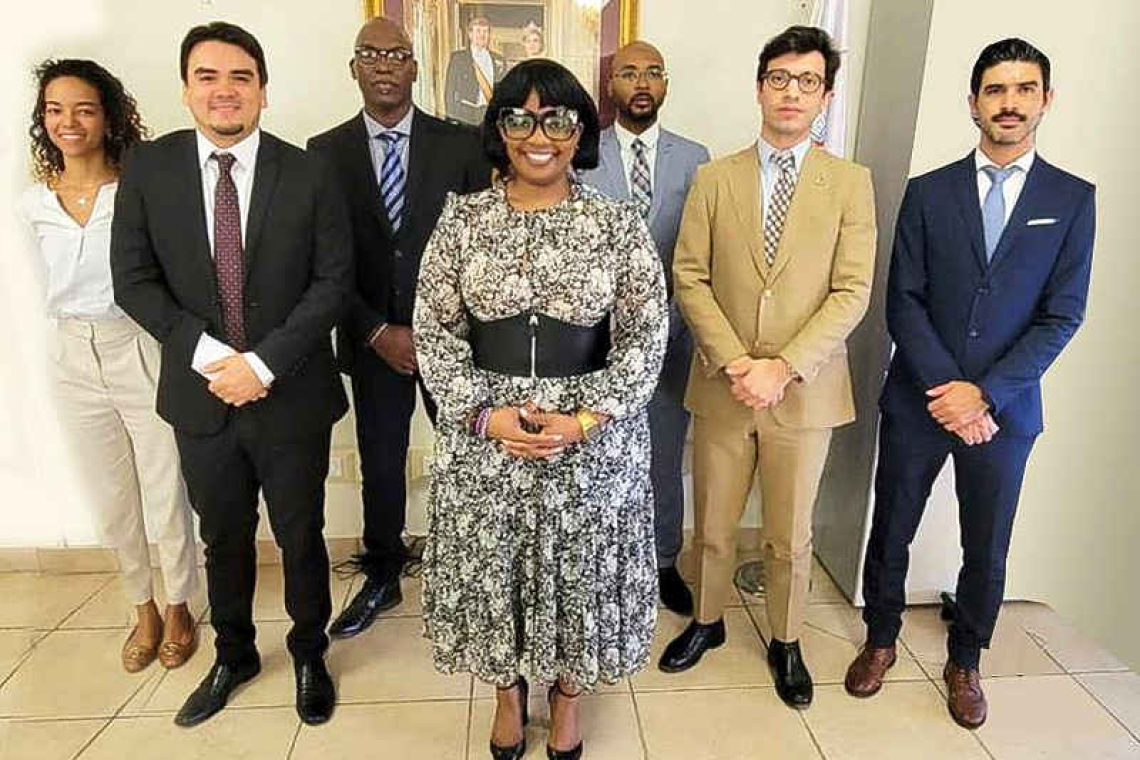 PHILIPSBURG--Minister of Justice Anna Richardson, Prison Director Steven Carty and support staff welcomed the second mission of the United Nations Office for Project Service (UNOPS) to St. Maarten on Monday. This second visit by UNOPS is dedicated to engaging with key stakeholders for the planning and design phase of the new prison project.

In welcoming UNOPS back to St. Maarten, Richardson said the government’s priority is to build a new prison infrastructure benefiting both the prison population and the prison employees. She said, “The construction of a new prison will help in creating the capacity that meets the country’s demand.”

The current mission follows the signing of the project proposal agreement between the Government of St. Maarten and UNOPS. On December 7, 2022, a letter of agreement was signed by Richardson and Alejandro Rossi, Director of the UNOPS Multi-Country Office for Panama, Costa Rica and the English- and Dutch-speaking Caribbean. Dutch State Secretary of Kingdom Relations and Digitization Alexandra van Huffelen co-signed the agreement.

The mission is headed by Head of Programmes William Squier Gonzalez and his team consists of a project support officer, a lead engineer, and a procurement specialist. “The discussions held during this week’s visit along with the working group sessions will help to mobilise the project expeditiously by identifying the key components that need to be addressed in order to ensure timely implementation of phase I of the project,” said Richardson.

Included in the mission are visits to Governor Baly, a meeting and presentation to the Council of Ministers and, on Richardson’s request, a visit and presentation to the Justice Committee of Parliament. The mission ends on January 27 after laying the groundwork for the establishment of a UNOPS office in St. Maarten, which is scheduled to be operational in February 2023.