Man stabbed in eye during a robbery 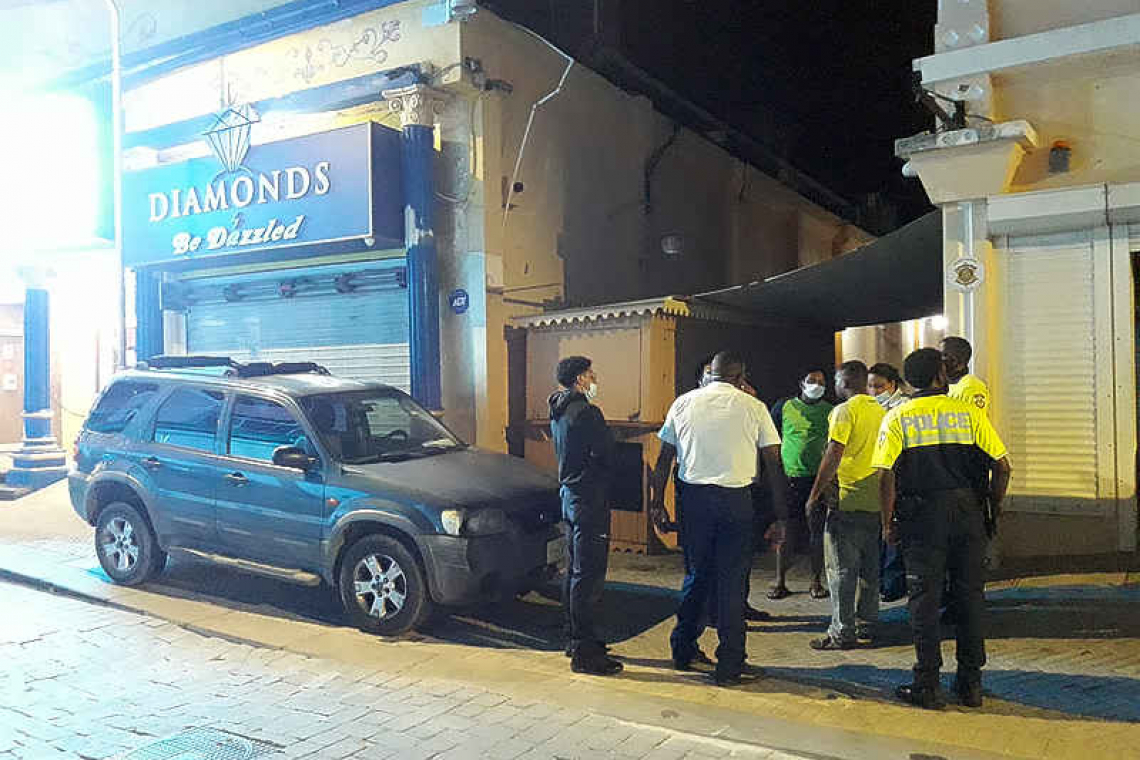 Police talking to several persons near the scene of the crime on Tuesday evening.

PHILIPSBURG--A man is in critical condition at St. Maarten Medical Center (SMMC) after being stabbed several times, including in the eye, during a robbery on a Philipsburg alley on Tuesday evening.

According to police, the victim was walking on Van Romondt Steeg around 7:30pm Tuesday when he was attacked by two men, who stabbed him repeatedly. It is unknown whether the victim tried to resist the attackers.

Paramedics treated the victim at the scene and rushed him to SMMC for further care.

Police are investigating the incident.