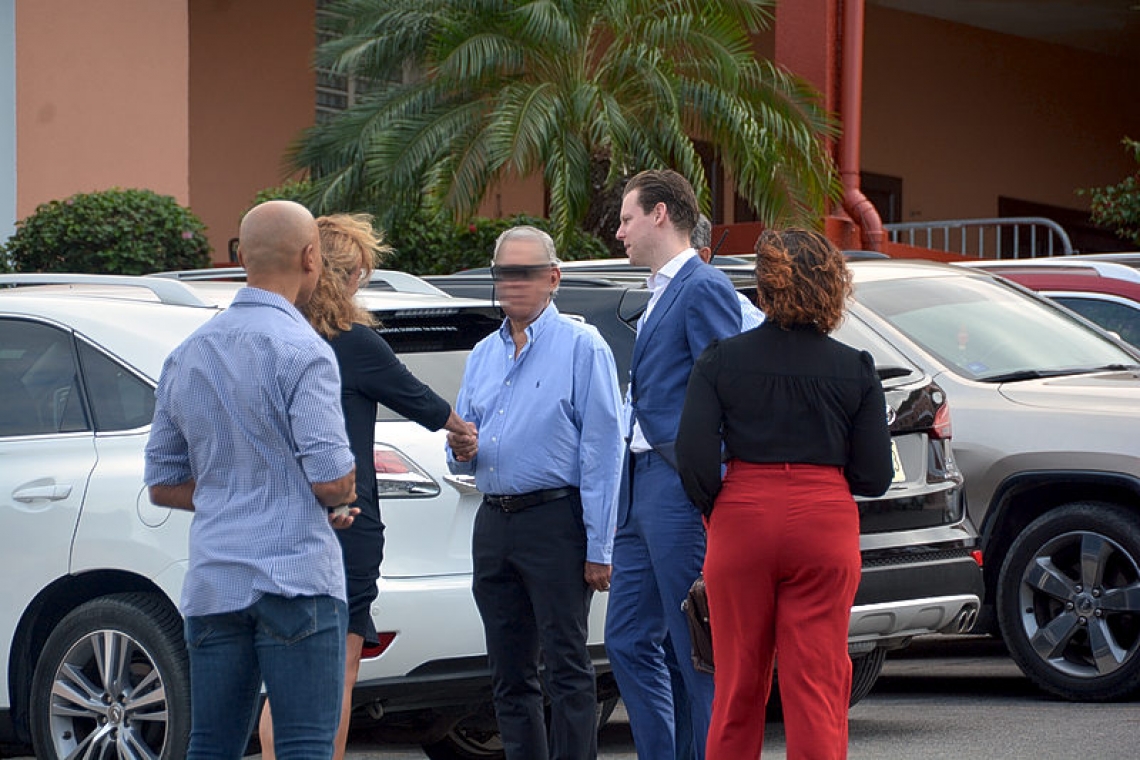 BELAIR--The two lesser suspects in the “Larimar” investigation, politician Theo Heyliger’s former stepfather and businessman G.P. (67) and financial controller at one of P.’s companies R.E. (58), are suspected of aiding and abetting in money laundering in the purchase and sale of real estate property on Heyliger’s behalf. On Thursday, their lawyers pleaded on their behalf on the fourth day of hearings in the Larimar investigation.

On Wednesday, the prosecutor said he considered proven the laundering of criminal money – allegedly committed between September 9, 2011, and April 19, 2019, – and called for 140 hours of community service for each defendant. Both men spent a week in pre-trial detention in early February 2019.

The prosecution finds it legally and convincingly proven that P. and E. assisted in concealing that Heyliger was the big benefactor of a deal concerning the purchase and sale of the so-called “Mullen” property.

According to the prosecutor, the property transaction was made within the framework of a payment to Heyliger, in cooperation with Dutch consultant and co-suspect in the Larimar investigation R.M., in exchange for which Heyliger allegedly used his influence to ensure that Devon TCI Ltd. was awarded a multi-million-dollar contract for dredging in Great Bay.

The Mullen property was sold for US $500,000 on April 3, 2017, and $200,000 of the profit was reinvested in real estate in Oyster Pond, not in Heyliger’s name, but under the name of a company Royce PFF, with the sole purpose of concealing that Heyliger was, in fact, the owner of the property.

In the prosecutor’s opinion, P. managed the money for Heyliger, whereas E. took care of the paperwork. The prosecutor stated in his closing statement that both knew, or should have known, about the reinvestment in real estate in cooperation with a well-known realtor on the island.

The prosecutor pointed out that $200,000 in insurance money that was paid out after Hurricane Irma went to P. and not to the realtor.

He stated that E. was the founder and managing board member of Royce PFF and that the company is registered at E.’s address.

“E. knew that something was not right. He was informed by notary [name provided – Ed.] that the Prosecutor’s Office asked for documents pertaining to the Royce Foundation,” the prosecutor said in his closing statement.

Also, E. was included in an exchange of email messages pertaining to a “letter of wishes” written by P. in which Heyliger was mentioned as 50-per-cent UBO of Royce. However, both lawyers for the defence pointed out that the letter was never used.

According to the Prosecutor’s Office, there was a close connection between Heyliger and his former stepfather and business partner P., the owner of a number of businesses in St. Maarten, among which are St. Maarten Shipping and Stevedoring NV, of which R.E. is the Chief Financial Officer, and Nichirei Carib Corporation NV, Caribbean International Maritime Corporation NV (Intermar) and Pointe Blanche Hotel Corporation NV.

These companies were allegedly used by former director of construction company Windward Roads (WWR) J.B. to pay Heyliger NAf. 900,000 in building material and concrete for his efforts in connection with the causeway bridge project.

In response to the prosecutor’s statement, attorney-at-law Shaira Bommel said she was “surprised” that her client had to stand trial for assisting in the purchase and sale of the Mullen property. She said the case did not revolve around her client, but around a real estate sales associate at Re/Max Island Properties and WWR’s former financial controller, who were not considered suspects and were not summoned to appear in court in this case.

The controller was offered and accepted an out-of-court settlement of 140 hours of community service, the prosecutor said.

Bommel pleaded for E.’s acquittal as she did not find any legal and convincing evidence about the charges brought against E., as the casefile was based on “opinions, presumptions, guesswork and the wrong conclusions.”

The lawyer claimed that her client could not have known that money obtained through the deals originated in crime. “He had no knowledge or suspicion,” the lawyer stated, adding that establishing a foundation was not enough to consider hiding or concealing the illegal origins of criminal money proven.

Lawyers Mark Rijnsburger and Geertjan van Oosten described P. as a man who always had a “good nose for business.” The “successful” entrepreneur had created a conglomerate of businesses with 120 employees. He had taken his responsibility in good and bad times, also after Hurricane Irma and after the fire in May 2018 which gutted the roof of Intermar.

Van Oosten contested the prosecutor’s claim that P. and Heyliger were still in a close relationship with each other. “Their relationship is not as good anymore and Theo has had nothing to do with my client’s companies for years.”

The lawyer dismissed as “unsubstantiated” the presumption that P. must have known about money laundering due to his close family and business ties with Heyliger.

P. did not know that something was wrong, his lawyer said. He wanted to do the sales associate a favour, not Heyliger, as he considered the Mullen property an opportunity.

“My client makes a fair living and does not need unfair practices at all,” Van Oosten said.

He said that based on the “wrongful innuendo” in the case file, P. should be fully acquitted.

P. said in his final word that he had seen a good business opportunity which had turned into a nightmare. “I misjudged my trust in others, for which I offer the court my sincere apologies,” he said.

Today, Friday, during the final day of hearings, attorney Robbert de Bree will be pleading on behalf of the former director of WWR. 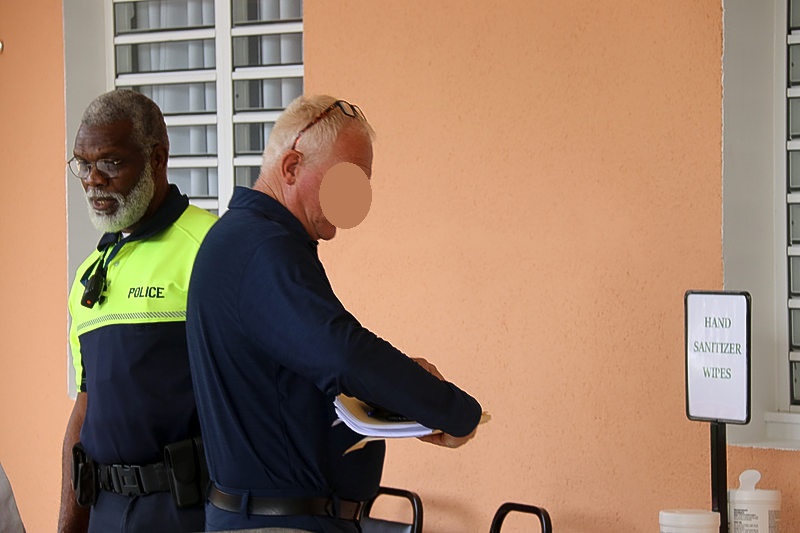