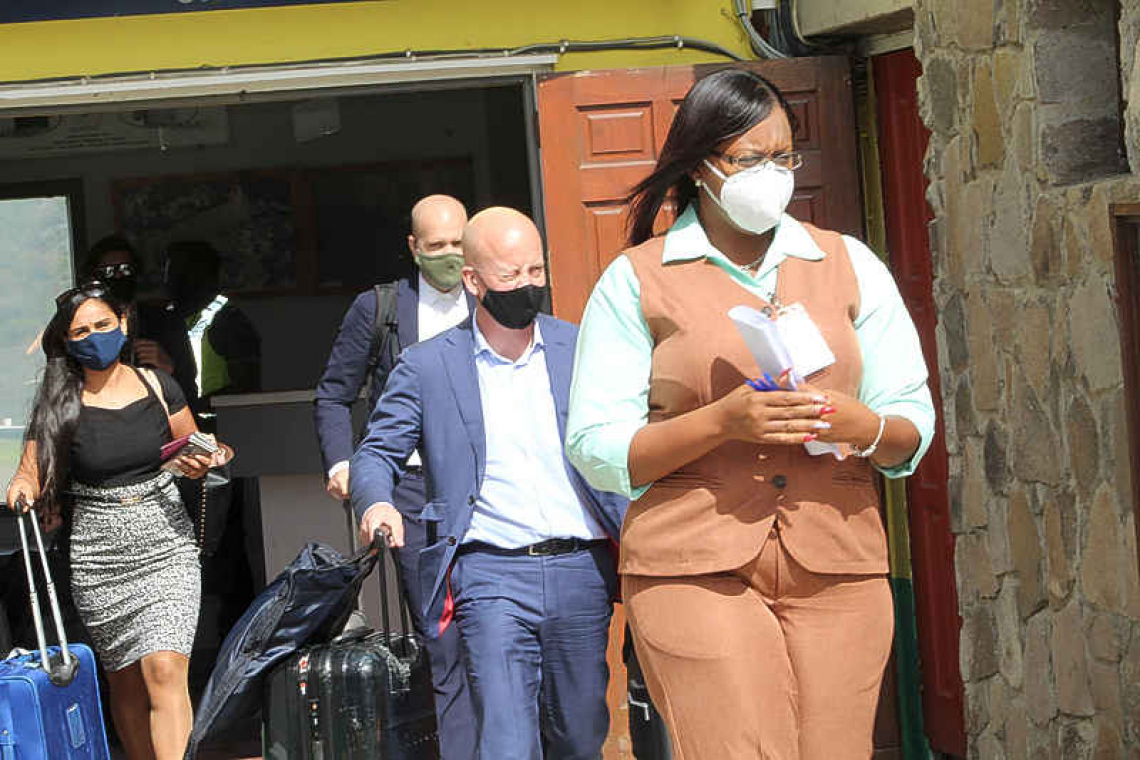 Knops and his delegation drove themselves to the various projects on their scheduled agenda and are expected to remain at their quarantine location. This was the first time since the government commissioners were appointed that Knops had seen them in person on the island.

Persons in the community would normally venture out to greet the State Secretary, but due to COVID-19, this was not possible.

Knops is expected to depart the island today, Wednesday, November 4, for Saba.