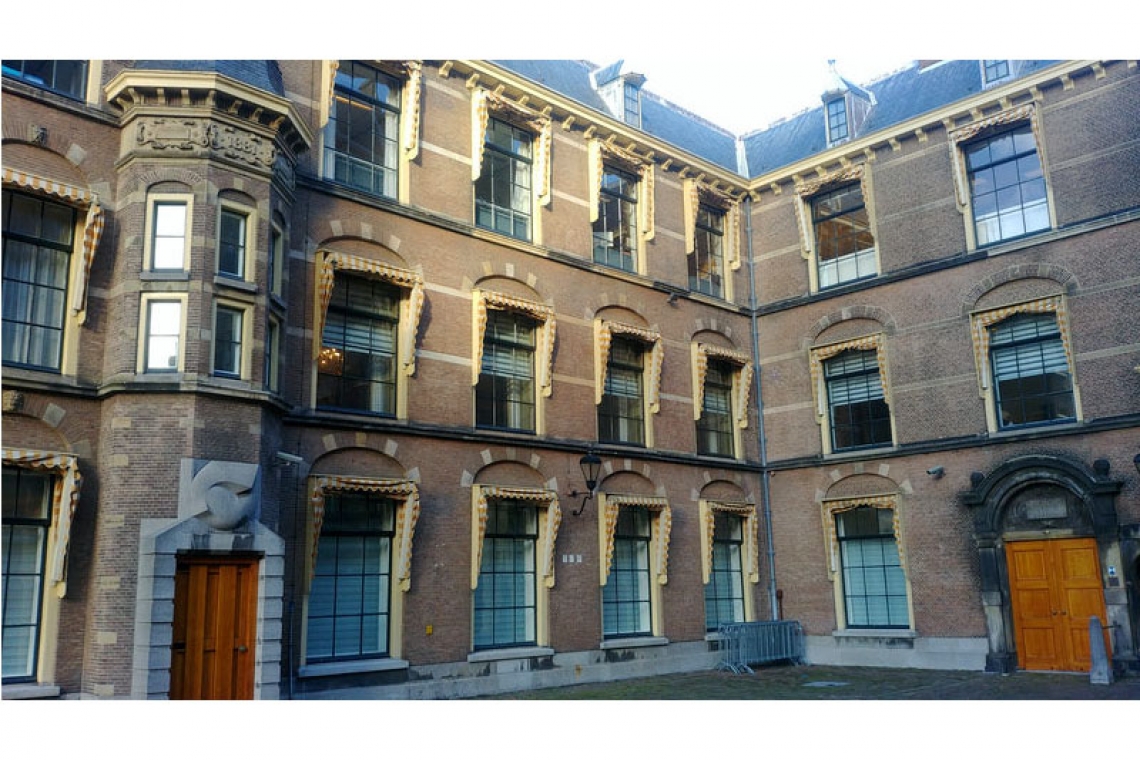 Caption: The Kingdom Council of Ministers always meets in the Trêveszaal. Photo by Otti Thomas

THE HAGUER--The Kingdom Council of Ministers sticks to the preconditions for liquidity support for St. Maarten.

This became clear from comments by minister of Home Affairs and Kingdom Relations Raymond Knops after the meeting on Friday. Prime minister Silveria Jacobs participated in this meeting (See related story).

“We decided to provide liquidity support, based on the advice by the  Committee for Financial Supervision. It determined the immediate need for liquidity at 50 million guilders. But there are two preconditions. The first is that the budget for 2020 should include enough resources for justice, police and detention. The second is a cut for the salary of politicians. If those two conditions are met, we will proceed to providing liquidity support,” the minister said.

Knops expects that St. Maarten will meet both conditions. “There is a pledge regarding the first condition, which only has to be included in the budget. The second condition has reached an advanced stage,” Knops said.

Still, the minister confirmed that promises or good intentions are not enough. Like previously, the budget has to be approved by parliament. Only then liquidity support will be available.

Knops was positive about Jacobs joining the Kingdom Council meeting. He already had contacted her and minister of Finance Ardwell Irion to discuss the financial situation, the formation of a new government and possible consequences for the recovery programme.

Her presence was a good opportunity to meet the other members of the Kingdom Council of Ministers. “It was a good meeting,” Knops said.