Jacobs boards flight to the Netherlands 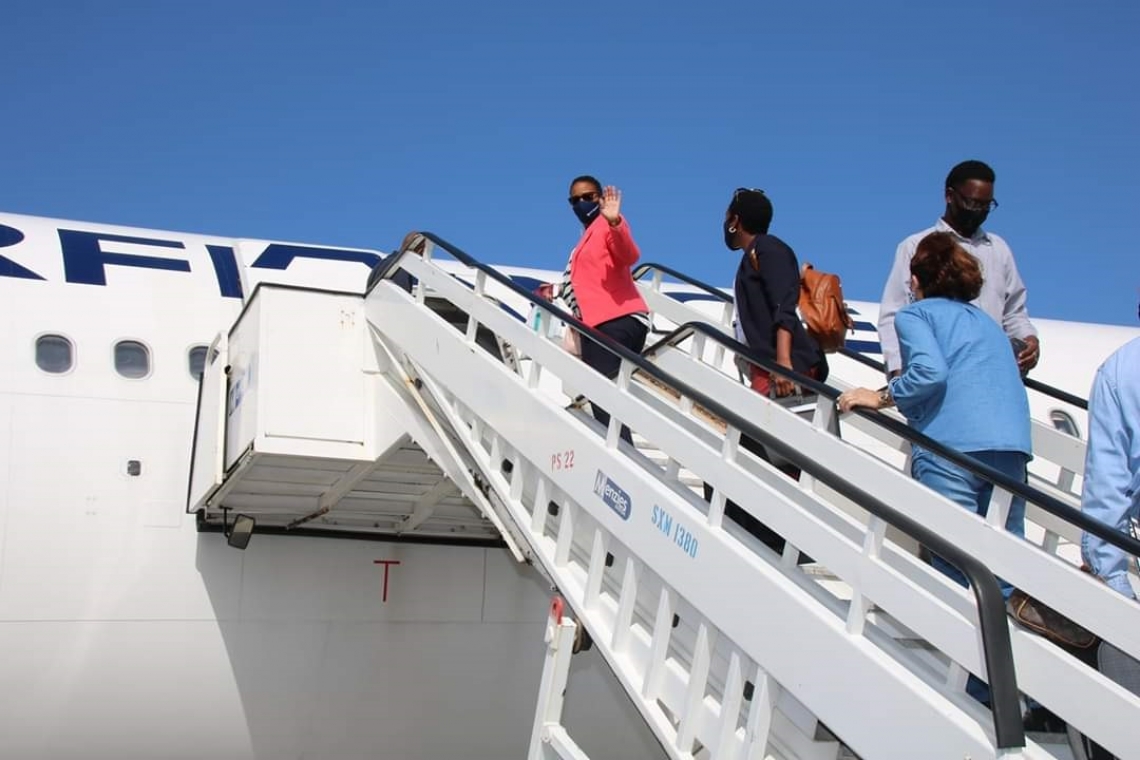 PHILIPSBURG--Prime Minister Silveria Jacobs donned her face mask and boarded an Air France flight at Princess Juliana International Airport (PJIA) on Thursday afternoon. Her urgent travel to the Netherlands for Friday’s Kingdom Council of Ministers meeting resulted in the indefinite postponement of Thursday’s Parliament meeting on the lack of implementation of various St. Maarten Trust Fund programmes and projects.

The meeting’s postponement came as no surprise to Parliament, as its 15 members on Wednesday night approved Jacobs’ travel to attend today’s Kingdom Council of Ministers meeting in the Netherlands.

The Dutch Caribbean countries are to give their respective decisions about the proposed Caribbean Reform Entity during the Kingdom Council of Ministers meeting. Acceptance of this entity has been touted by the Dutch government as one of the conditions for St. Maarten, Curaçao and Aruba to receive the third tranche of liquidity support from the Netherlands.

“I am very happy today to see that this Parliament can come together for St. Maarten. This shows me that, collectively, we are St. Maarten. I am willing to stand on the frontlines for the people of St. Maarten, whether it is here or in the Netherlands,” said Jacobs after the conclusion of the Parliament meeting on Wednesday night.

Jacobs is expected to arrive in the Netherlands a mere several hours before the start of the Kingdom Council of Ministers meeting. Aruba Prime Minister Evelyn Wever-Croes and Curaçao Prime Minister Eugene Rhuggenaath are also expected to be in attendance.

Aruba and Curaçao have already indicated that they will also reject the Caribbean Reform Entity.