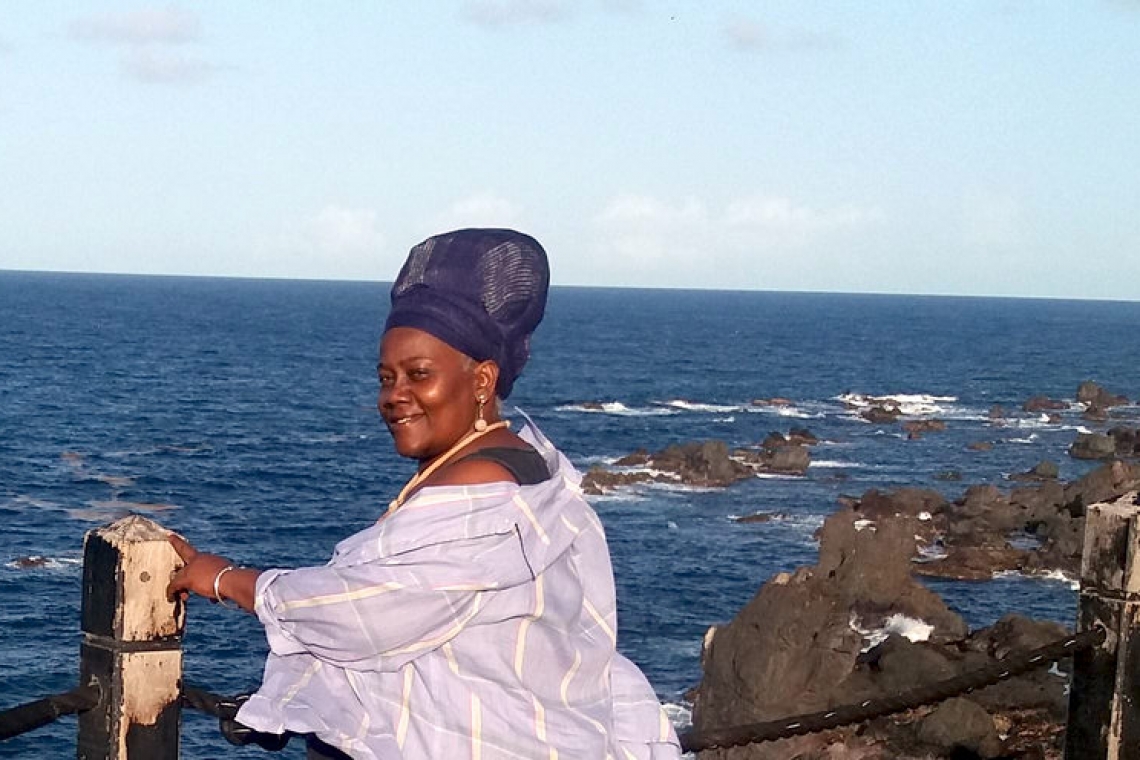 RAMBAUD--Anguillian educator, writer and social activist Ijahnya Christian passed away on April 27, in St. Kitts, where she was laid to rest at Springfield Cemetery on May 5. She was 63.

Ijahnya is survived by her mother Amy Rey, and children Psyche Young, Terek, Joanne Liburd, Wolde Christian and Judah Christian. She also leaves to mourn her siblings, other family, friends and colleagues in St. Kitts-Nevis, Anguilla, throughout the Caribbean and in Ethiopia, according to her cousin Imani Nia.

Née Carol Patricia Rey, Ijahnya was born in St. Kitts on January 31, 1957. Her early childhood was spent in St. Kitts, Nevis and Anguilla. She graduated from Basseterre High School in 1976 and became a Rastafarian in 1980 – changing her name that year to Ijahnya (her surname being Christian by way of marriage).

Ijahnya obtained her Bachelor’s degree in social work at The University of the West Indies, Jamaica, in 1984. She returned to Anguilla and worked as a high school teacher and guidance councillor.

Within a short time of arriving on the island, Ijahnya began mentoring Lottis Hodge on writing Hodge’s traffic life story. Ijahnya edited the narrative, which was published as Ning Troubles in 1988. In the mid-1980s, Ijahnya began compiling the material for The Dictionary of Anguillian Language (1993). This was the first ethnographic project of its kind for the island, wrote Don E. Walicek in Dictionary of Caribbean and Afro-Latin American Biography (2016).

Ijahnya collaborated “on other publications for persons within the community; and worked passionately on the positive development of Rastafarianism in Anguilla and the region,” said Anguilla Premier Victor Banks in an April 29 statement in Times Caribbean.

Ijahnya earned her Master’s degree in education at the University of Southampton in 1991. By the mid-1990s, she had “established the Triple Crown Culture Yard as a venue for social and cultural expressions and development,” said Banks.

In 1994, Triple Crown Culture Yard collaborated with House of Nehesi Publishers (HNP) from the neighbouring island territory of St. Martin to realise in both locations a literary reading workshop by visiting Caribbean author and thinker George Lamming.

In 2017, Ijahnya would contact HNP about publishing the Dictionary of Anguillian Language – Second Edition. “The initial publication has been out of print for perhaps 20 years, but I continue to get queries from individuals and institutions,” said the indomitable culture bearer. At the time of her passing, communication on the book project was ongoing with HNP.

According to The Anguillian, Ijahnya’s column, “Heartically Yours”, which discussed cultural and political matters of the island, appeared in the newspaper between 1998 and 2009.

Following Ijahnya’s social activism in the 1990s, and “To further her aim of increasing both popular and scholarly attention on Anguillian identity and history, she served as Director of the Department of Youth and Culture from 2004 to 2006.” (Wikipedia).

Ijahnya Christian, the Rastafari advocate and pan-Africanist, founded the Athlyi Rogers Study Centre, a pan-African cultural space, in 2010. In his book Rastafari: A Very Short Introduction (2012), Ennis B. Edmonds wrote that Ijahnya became one of the principal organisers of global Rastafari gatherings – certainly in context as a founding member of the Caribbean Rastafari Organization.

In Wikipedia’s reference to Island Songs: A Global Repertoire (2011), edited by Godfrey Baldacchino, “Christian was a representative for the Caribbean Pan-African Network, speaking on the preservation of language, Caribbean music and heritage.”

The titles of affection and respect, Sistren and Empress, were widely used for Ijahnya. And her embrace of social, cultural, political and human rights activism was wide. “Ijahnya truly embodied the meaning of sisterhood,” said the Anguillian politician Pam Webster at the burial ceremony.

“She was a strong supporter of women in leadership and women on the front line of real transformation to improve the lives of our people here, in Anguilla, in the region, and in the world,” said Webster.

A definitive high point in the work and faith of Ijahnya was her move “to Shashemene, Ethiopia, in 2010, to further her work in repatriating the African diaspora to the mother country, from where she continued her writing and social activism.” (Wikipedia)

In Erin C. MacLeod’s book, Visions of Zion: Ethiopians and Rastafari in the search for the promised land (2014), Ijahnya links repatriation to the principle and laws governing the right of return of the United Nations.

Imani Nia posted on Facebook a few minutes of video of the May 5 burial ceremony for Ijahnya. A COVID-19 distancing protocol was observed. The banner of “ites” gold and green was seen; elders from the mansions were in appearance; family, friends, and “idren” of the faithful spoke; Nyabingi drumming sounded; gentle voices followed the recorded song “By the Rivers of Babylon”– rites of home-going for an empress who had laboured dutifully in the vineyards of her people.