Half of companies in Caribbean Neths. use emergency package 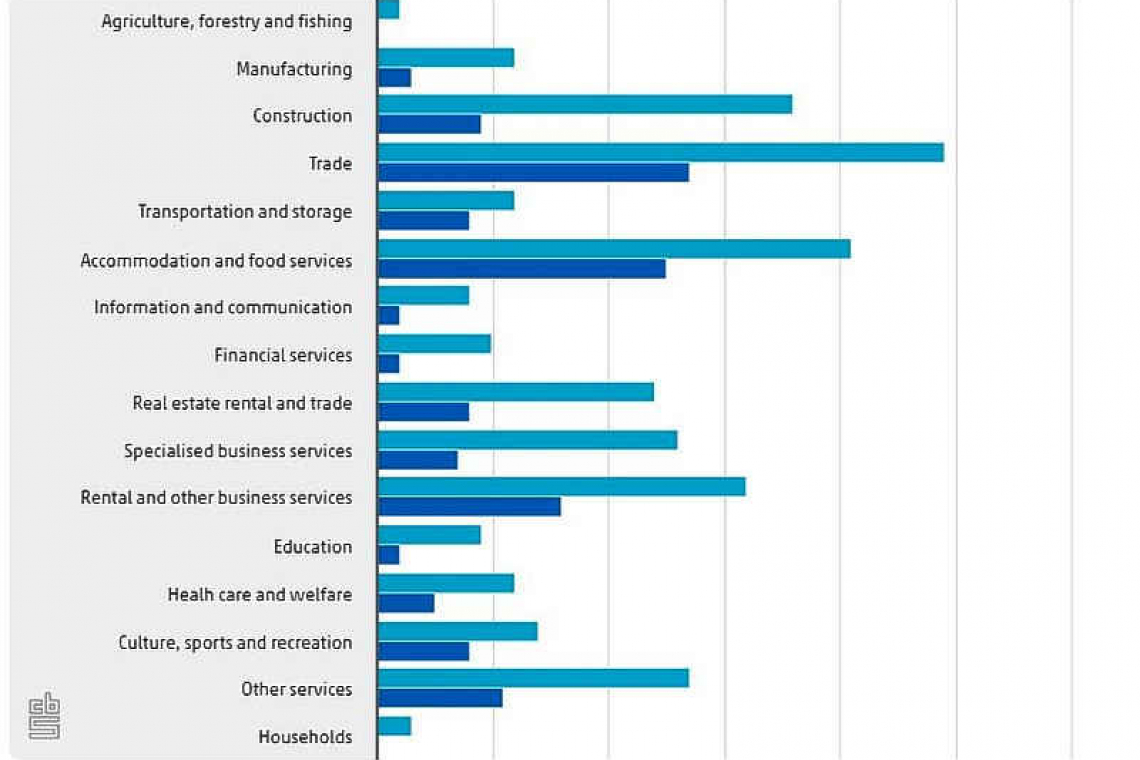 Companies that received financial support in the Caribbean Netherlands, by sector, since March 2020.

CARIBBEAN NETHERLANDS--Nearly half of all local enterprises in the Caribbean Netherlands made use of a financial contribution towards their wage cost and/or fixed overhead last year. This is evident from new figures released by Statistics Netherlands CBS.

The package of emergency measures has been in place in the Caribbean Netherlands since March 2020 to tackle the economic consequences of the COVID-19 crisis.

The share of companies in the Caribbean Netherlands claiming government support for their wage cost and/or fixed overhead ranged from 45 per cent in Bonaire to 55 per cent in Saba and 47 per cent in St. Eustatius.

Employers applied for a contribution in wage cost related to 4,020 jobs. This concerned the wage cost of both employees and self-employed.

The vast majority of claims were made in the accommodation and food services sector. In this sector, 200 companies received financial support for 1,290 jobs; almost all of them were located in Bonaire (1,190). In the trade sector, 200 companies applied for contributions from the emergency package. They received a contribution towards their wage cost for altogether 500 jobs.