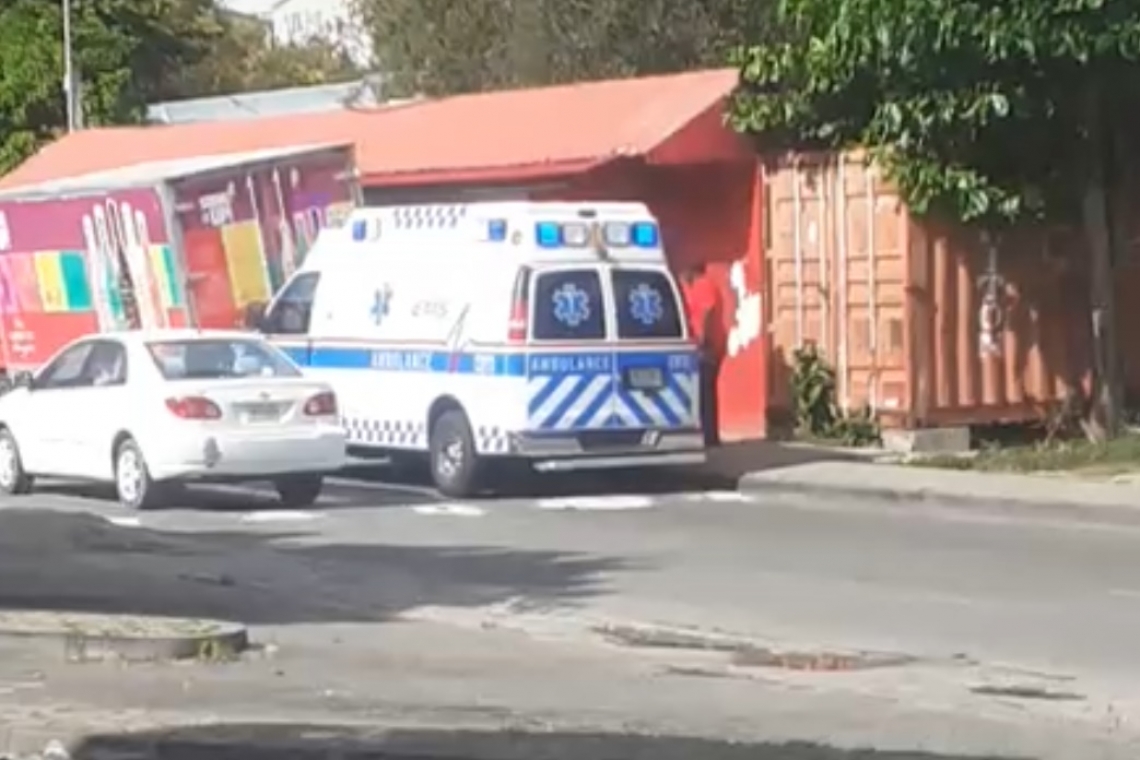 The scene of the armed robbery on Thursday afternoon.

SOUTH REWARD--A Chinese grocery store in the vicinity of Milton Peters College (MPC) in South Reward was robbed by a lone gunman on Thursday afternoon: the last shopping day of the week.

According to police, a man dressed in black and brandishing a firearm entered the grocery store on Thursday afternoon and proceeded to demand cash from the store’s cashier. After robbing the establishment of an undisclosed amount of money, the robber fled the scene on foot in the direction of Ebenezer.

During the robbery, the gunman injured a delivery-truck worker who was offloading goods at the store by hitting him on the head. Ambulance Department personnel treated the injured man at the scene, and he was later transported to St. Maarten Medical Center (SMMC) for further medical care. The man’s injuries are said to be non-life-threatening.

Police searched the area for the suspect shortly after the robbery, but to no avail. No arrests have been made as of press time Thursday night.

Authorities request anyone with information about this robbery to contact police at tel. 1-721-542-2222.