Grisha to face vote on whether she stays as Parliament Chair 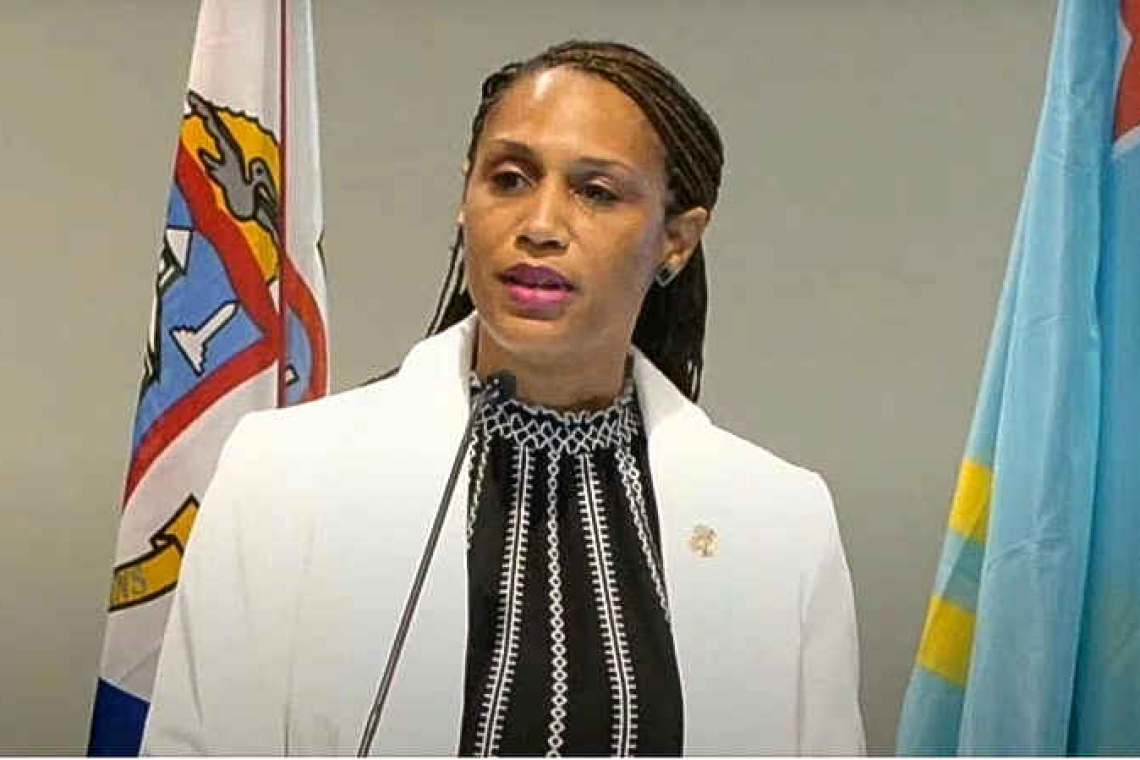 
PHILIPSBURG--Grisha Heyliger-Marten will have to face a vote that will determine whether she remains as Chairperson of Parliament when the topic is handled as the third agenda point of an urgent meeting set for this Thursday, October 27, at 10:00am.

The agenda point was requested by United People’s (UP) party Members of Parliament (MPs) Rolando Brison and Sidharth “Cookie” Bijlani; National Alliance (NA) MPs William Marlin, George Pantophlet, Angelique Romou and Hyacinth Richardson; independent MP Akeem Arrindell and United St. Maarten Party (US Party) MP Chanel Brownbill.
Two requestors of this meeting – Arrindell and Brownbill – were amongst nine MPs who had voted down a proposal from Brison to add an agenda point to the public meeting on the COVID-19 cuts to relieve Heyliger-Marten of her position when it was handled last week Monday.
Also voting against that proposal were MPs Christophe Emmanuel, Ludmila de Weever and Solange Duncan (all three independent); Sarah Wescot-Williams (United Democrats); Melissa Gumbs and Raeyhon Peterson (both Party for Progress) and Heyliger-Marten (UP).
Thursday’s meeting had been requested on September 20, as an urgent request and Heyliger-Maarten had already indicated earlier that it would be called during the meeting week of October 24.
Also on the agenda for this Thursday’s meeting are incoming documents (first agenda point), with the second agenda point being ratification of the decision list of the Inter-Parliamentary Kingdom Consultations IPKO held from September 27 to 30, in The Hague, the Netherlands.