Germans on Air France flight turned back due to travel restrictions 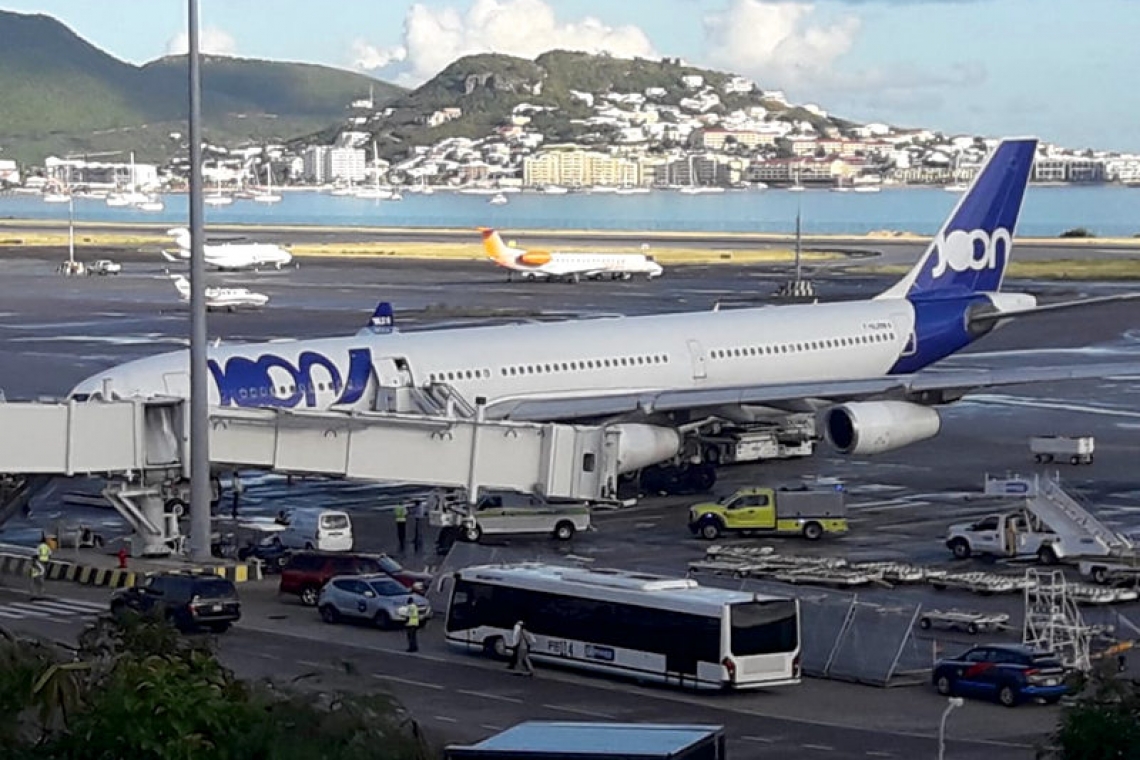 AIRPORT--Four German nationals, who arrived in St. Maarten on an Air France Flight today, Saturday, were restricted from entering St. Maarten and had to return on the same flight due to travel restrictions for Germany.

Chairperson of the Emergency Operations Center (EOC) Prime Minister Silveria Jacobs said in a national address on Saturday that there was some confusion as to the travel history of six passengers on the Air France flight as German nationals had been on board.

“As we know Germany has been added on March 11, to our list of restricted areas of travel.” Two of the passengers are residents of Switzerland and originated from there and therefore were allowed to travel to St. Maarten as per the existing travel restrictions. The other four passengers of German nationality, who originated in Germany were to return on the same flight back to France. “The passengers were kept on board until this information was confirmed, and none have any symptoms related to COVID-19,” Jacobs said.

She said Princess Juliana International Airport (PJIA) will issue a press release on this matter. She urged the public not to allow themselves to be “riled up” before having all the facts. Jacobs said she will also continue to provide updates as the situation develops and urged the public to continue following proper hygiene procedures and to stay connected to official government's radio station, website and facebook page for accurate information.