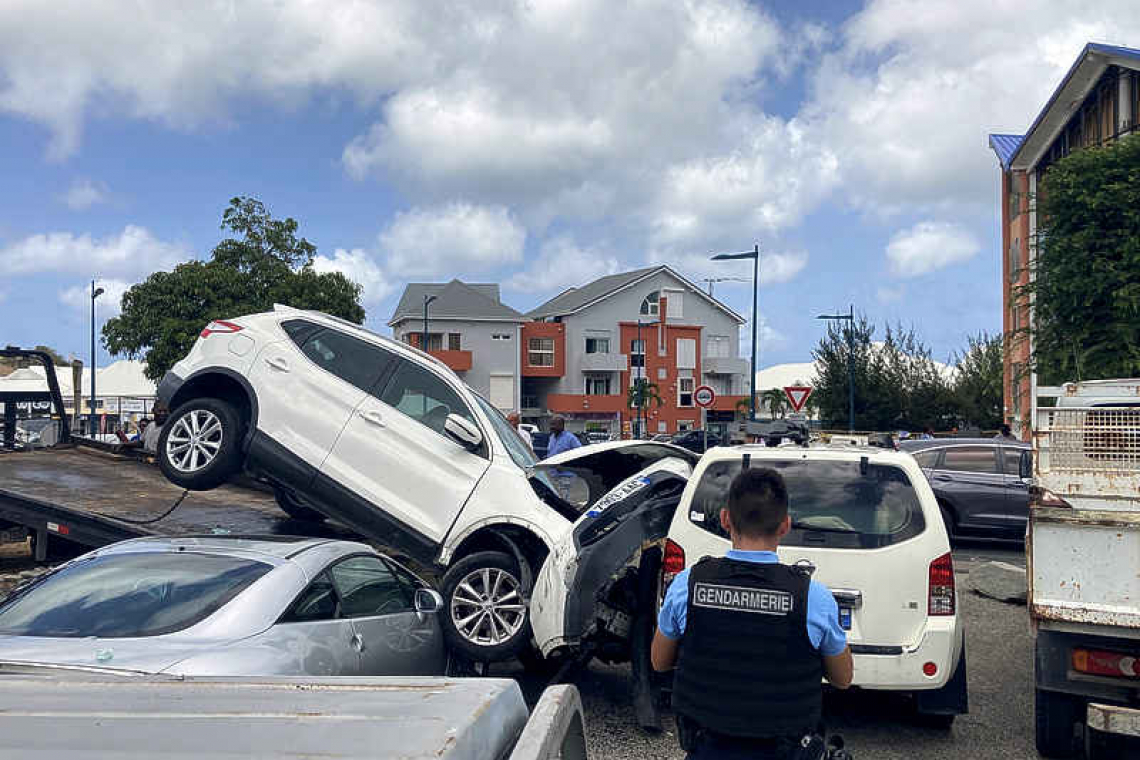 The white SUV that crashed into two other cars is towed away following the accident in Bellevue on Thursday morning. Photo courtesy Norbert Finkel.

MARIGOT--Gendarmes and emergency medical services responded to at least three road accidents over the weekend, two of which occurred on Saturday morning.

Emergency services responded around 5:45am Saturday, July 2, to a road accident at the Cadisco gas station in Orient Bay where a car with two occupants inside had flipped over and lay on the side of the road.
According to the rescue services, the driver of the car, a young man in his 20s, was uninjured but a passenger in the back of the vehicle, a man in his 50s, had to be removed by firefighters. The older passenger was slightly injured and taken to hospital for treatment. The cause of this accident was not known.
A white SUV heading toward Marigot passing through the Bellevue roundabout veered off course into the parking area on the Marigot side of Home N’ Tools, jumped a low wall and crashed into at least two parked cars around 10:30am Thursday, June 30.
Preliminary information from the accident scene suggested the woman driving the SUV had experienced a seizure and fainted, causing her to lose control of the vehicle. However, the Gendarmerie did not officially confirm whether a medical event suffered by the driver was the cause of the accident. The victim was taken to hospital and her condition was not known.
Gendarmes, Territorial Police and emergency services intervened for a heavy water tanker truck that had turned over near the Post Office sorting centre in Concordia around 12:00pm Friday, July 1. The driver had apparently lost control of the truck for unknown reasons, but was not injured. A child passenger in the truck was slightly injured and taken to hospital for treatment.