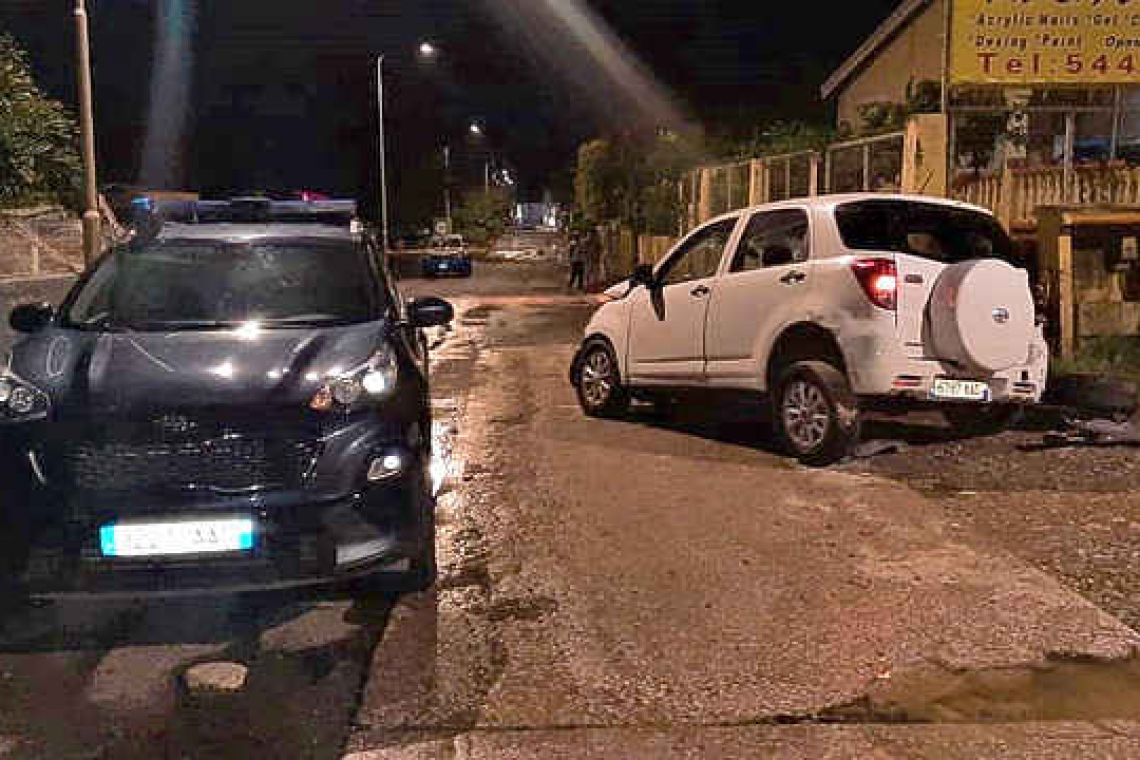 COLE BAY--A high-speed chase of two vehicles by French Gendarmes in the early hours of Thursday ended in Cole Bay, where one man suspected of car theft was apprehended.

Due to good cooperation between the Gendarmerie and multiple patrols of the St. Maarten Police Force KPSM that were sent to Cole Bay, the two cars could be intercepted on Union Road. 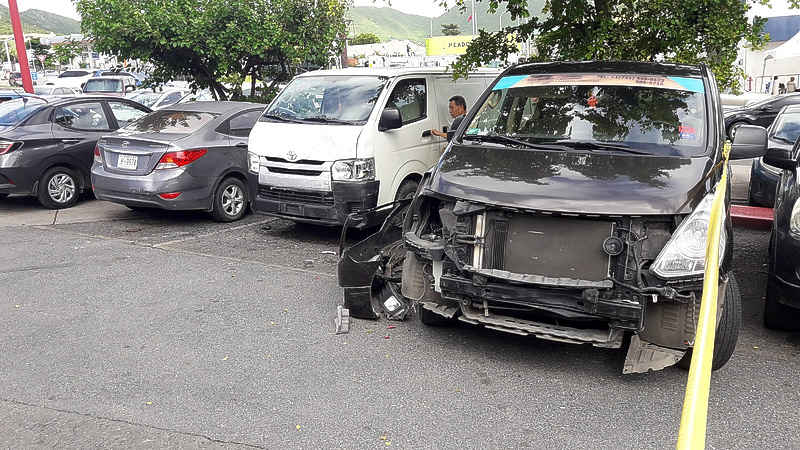 The pursuit of the black Kia Soul ended with the car hitting a wall.

Gendarmerie Commandant Lieutenant Colonel Wintzer-Wehekind spoke of a successful anti-vehicle-theft operation. The Gendarmerie had spotted the two cars during the night patrol, noting that both cars had damage indicating theft.

It was about 3:00am when two cars with broken windows approached the Gendarmes. When the drivers saw the Gendarmes, they immediately turned around and did not respond to signals to stop. The Gendarmes then gave chase.

St. Maarten Police Force KPSM was alerted when the cars drove towards the border at Bellevue. Multiple patrols raced to Cole Bay.

On Union Road the patrols encountered a Gendarmes patrol car in pursuit of a black Kia Soul and a white Daihatsu Terios, both badly damaged. During the chase, the suspects damaged the fencing of four properties and destroyed several GEBE water supply lines on Union Road.

The two police organisations managed to stop the cars and arrest one of the suspects. The other driver managed to escape on foot.

The two cars involved in the chase were impounded and the arrested suspect was taken to the Philipsburg police station for questioning.

KPSM is investigating this case together with the Gendarmerie. According to the initial findings, both cars were stolen vehicles.