Funding for food aid covers programme until end of Sept. 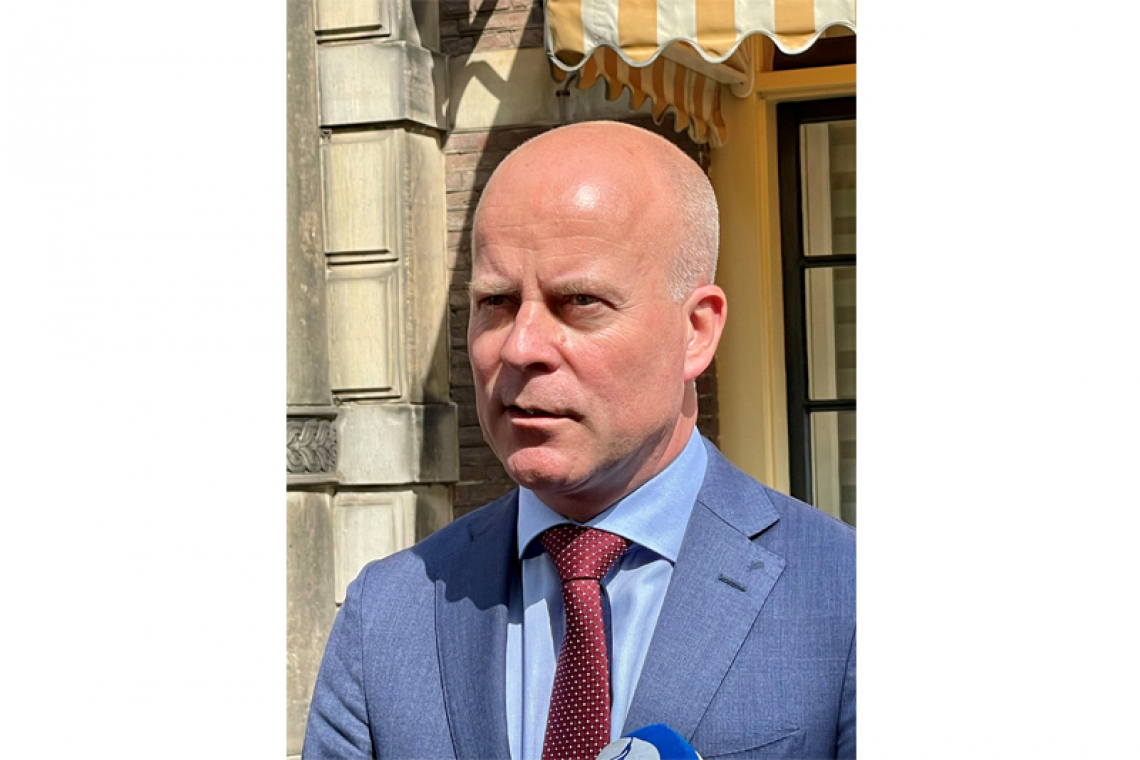 THE HAGUE--The Dutch government has allocated 14.1 million euro to secure the food aid programme in Aruba, Curaçao and St. Maarten in the third quarter of 2021.

Caretaker State Secretary of Home Affairs and Kingdom Relations Raymond Knops stated this in a letter that he sent to the Second Chamber of the Dutch Parliament on Monday in which he provided an update on the food aid programmes for the three Dutch Caribbean countries.

The Red Cross, on behalf of the Netherlands, started the food aid programme in the countries more than a year ago, together with local non-governmental organisations (NGOs). “The execution of the programme by the Red Cross could not continue to exist on the long term in the same manner. For this reason, agreements were made with the countries about the transition of the programme to the local governments,” Knops explained.

The local governments in the meantime have taken over the programme, be it with a small delay. “The care for the most vulnerable is being continued, whereby the countries themselves are responsible for the execution and the Netherlands makes the financial means available,” the state secretary noted.

The Netherlands will continue to financially support the food aid programmes of the individual countries, assured Knops. “Even though tourism seems to be getting back on track, there is still a need for food aid. For this reason, the Dutch government has decided to make 14.1 million euro for the fifth phase of the food aid programme for Aruba, Curaçao and St. Maarten. With these means, the programme can be executed until September 30, 2021.”

The Red Cross transferred its tasks with regard to the programme to St. Maarten per May 1. Because of the lack of an approval by St. Maarten for the agreement and the financial request, the programme could not be started in time.

“I regret the delay that developed and urged St. Maarten to resume the programme. In the meantime, this has taken place and the registration for the programme has been opened,” stated Knops, who added that the St. Maarten Development Fund (SMDF) has a coordinating role in the programme’s execution. The SMDF works with other NGOs.

According to the state secretary, the first food aid under this new system will be distributed shortly. The Netherlands financially supports St. Maarten with this programme through a subsidy of 2.5 million euro until August 1, 2021.

For the Curaçao food aid programme, the Netherlands has made 2.4 million euro available until August 1, 2021. Curaçao was to take over the food aid programme per May 1. Because it took a bit longer for the Curaçao Ministry of Social Affairs, Labour and Welfare SOAW to take over the programme, the Red Cross still provided food aid in May. Early June, the Ministry commenced with the distribution of food parcels.

The Netherlands will continue to take care of the food aid for undocumented persons in Curaçao until August 1, 2021. After this date, the Ministry of SOAW will take over this responsibility. Currently, the International Organisation for Migration (IOM) executes this programme on behalf of the Netherlands. The transfer to IOM took longer than anticipated as a result of which there was a short disruption in the distribution of food parcels. The registration and distribution have resumed.

In Aruba, the Red Cross executed the programme until July 1 per which date the Aruba government has taken over the responsibility. An agreement is being formally drafted. The transfer is going smooth, reported Knops. The local NGO Fundacion Pa Nos Comunidad (Foundation for Our Community) will be carrying out the food aid programme.

Since the start of the programme in the three countries in May 2020, the Dutch government in total has made 85.4 million euro available for food aid. In September 2021, the Dutch government will decide whether continuation of the programme is necessary after October 1, and in which manner the countries can be supported if that proves to be the case.

“With the recuperation of tourism and the recovery of the economy in sight, I expect that the number of people who rely on food aid will diminish. At the same, we are working together with the countries on the sustainable strengthening of the economy, with attention for social security and a social welfare system so programmes such as this one will not be necessary anymore in the future,” Knops stated.

In concluding, the state secretary said he would keep an eye on the needs of the most vulnerable in the countries and he hoped for a speedy recovery of the economies of the islands. Knops is visiting Aruba, Curaçao and Bonaire this week.