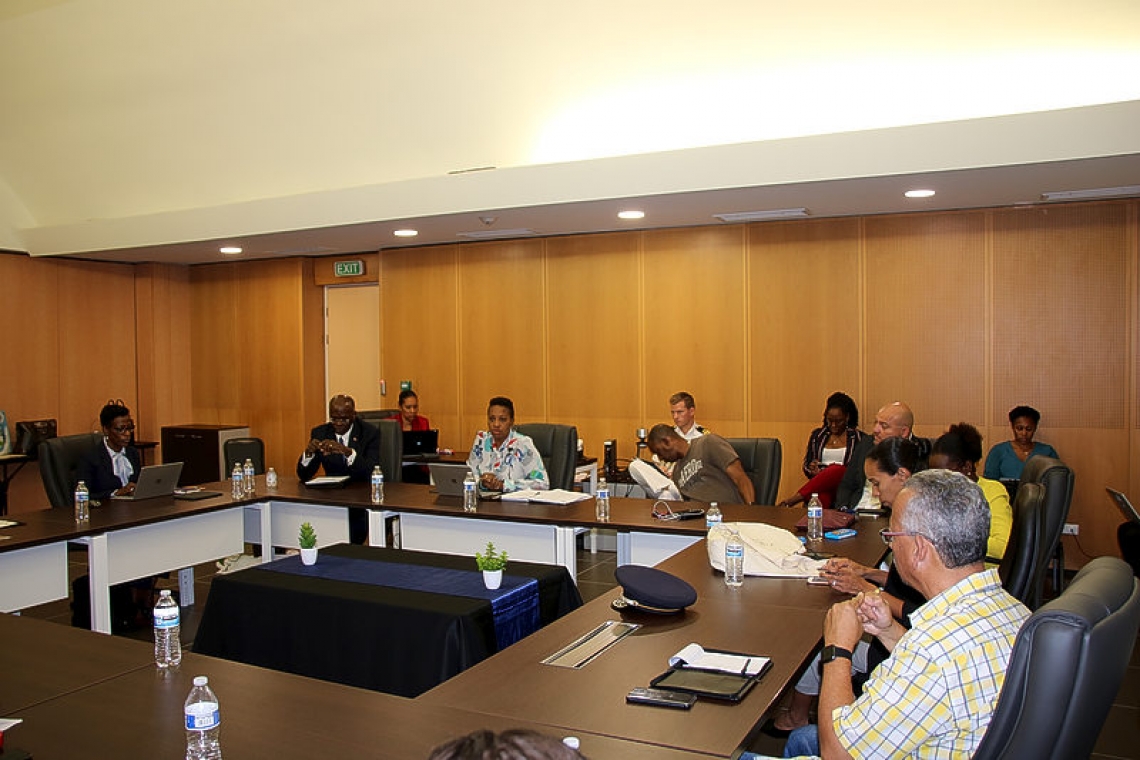 ESF coordinators are expected to provide advice to Prime Minister Silveria Jacobs on school closures and other relevant restrictions today. In photo: The emergency EOC meeting in progress on Monday. Story on page .

PHILIPSBURG--Emergency Support Function (ESF) coordinators are expected to provide advice to Prime Minister (PM) Silveria Jacobs on school closures and other relevant restrictions today, Tuesday, and this information will be communicated to the public tomorrow, Wednesday, Jacobs said in a press release late last night.

She was reporting on an Emergency Operations Centre (EOC) meeting held on Monday. In this meeting, the EOC deliberated and drew the conclusion that stakeholder consultations needed to take place before more far-reaching decisions could be made.

Jacobs said it had been brought to the EOC’s attention during this meeting that a number of residents, including students currently in the Netherlands, are experiencing some challenges to board the empty flights to return home to repatriate Dutch nationals. She said she had contacted the Ministry of Interior Affairs and Kingdom Relations BZK to facilitate KLM allowing St. Maarten’s residents to repatriate.

“Students in the Netherlands who are not written in on St. Maarten may not be able to travel back home during this period, as they do not fall under the exceptions of the travel restrictions posted on Saturday, March 14, 2020, which [went – Ed.] into effect as of 11:59pm on Monday, March 16,” Jacobs said in the release.

“While it was the intention for residents to be allowed entry to St. Maarten, KLM has limited that possibility. BZK is doing its best to facilitate the return of residents to the Dutch Caribbean who are trying to return home.”

Jacobs and key ESF coordinators also held a meeting with Préfète Déléguée of St. Martin and St. Barths Sylvie Feucher, St. Martin President Daniel Gibbs, First Vice-President Valerie Damaseau and Fourth Vice-President Franklin Patrick on Monday to ensure that each government is updated on the actions being taken by the other. “These measures are being taken to guarantee that our internal borders can remain open and the safety and security of our people remains a top priority,” Jacobs said.