Equality a must in relations with Caribbean Netherlands 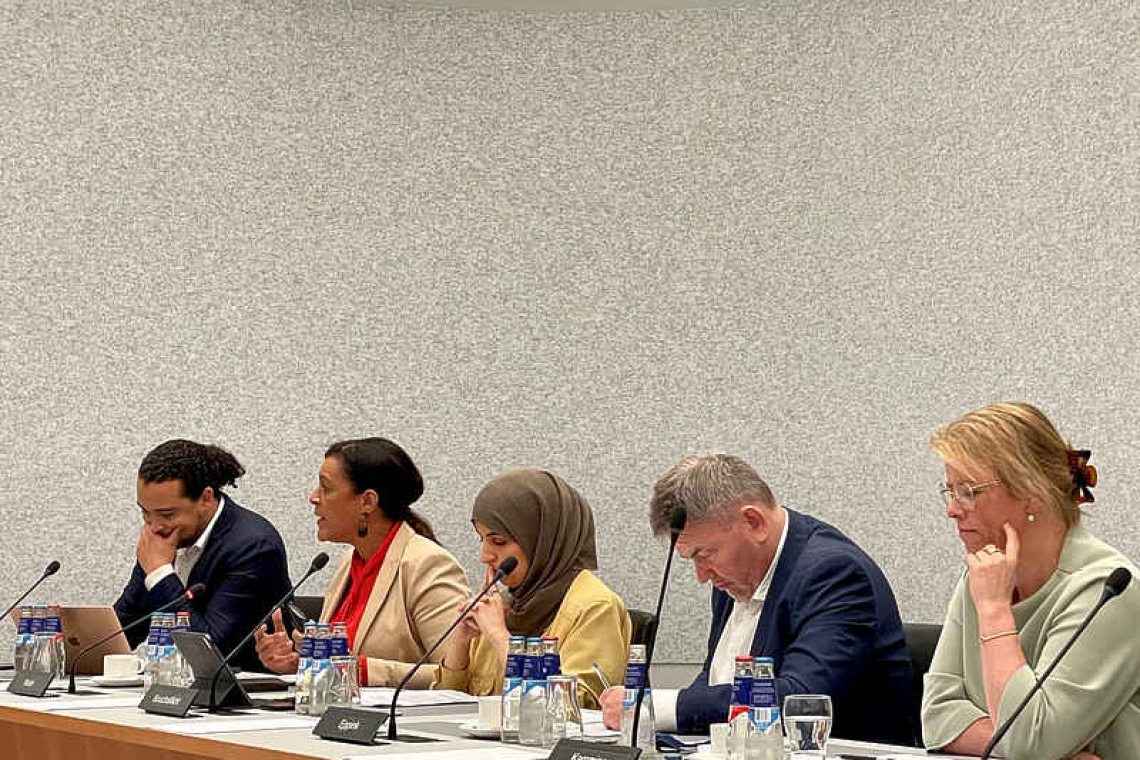 THE HAGUE--Equality in the relations between the Netherlands and Bonaire, St. Eustatius and Saba is important and requires continuous working on.

That was emphasised during a debate of the Permanent Committee for Kingdom Relations of the Second Chamber of the Dutch Parliament and State Secretary of Kingdom Relations and Digitisation Alexandra van Huffelen on Thursday, April 14, about governance in the Caribbean Netherlands.

The coalition accord of the new Dutch government states a clear ambition: “In the Caribbean Netherlands we will keep an effort to let Bonaire, St. Eustatius and Saba be an equal part of the Netherlands.”

MP Kauthar Bouchallikh of the green left party GroenLinks said she was struck by the phrase “more equal in the long run” in the state secretary’s letter. “Why not equal and what term are we talking about?” asked Bouchallikh, who wanted to know if the Second Chamber could receive a timeframe to “monitor the ambitions.”

MP Jorien Wuite of the Democratic Party D66 said the input of her party was equality for the Caribbean Netherlands. She asked the state secretary how the wellbeing of the people on the islands had improved in the past few years. She said that the increased poverty and the unequal opportunities had resulted in more distance between the islands and The Hague. Wuite stressed on the importance of investing in the youth and their future.

“Solid collaboration is essential if we want to accomplish the ambitions,” said MP Roelien Kamminga of the liberal democratic VVD party. She said that despite the good intentions and the efforts that already have been made, there was still a lot to do. She said the conclusions in several independent reports were “clear.” “I am curious to learn what we will concretely do in the interest of the people,” Kamminga said.

“We need to look at what we can do better. It is also about the interest of the people, not only of the governments. Essential matters such as the social minimum must be secured. Fundamental issues need to be in order if you want to work together on equal footing,” said MP Attje Kuiken of the Labour Party PvdA. She called on the state secretary to give Saba more trust and more responsibilities because the island does well.

MP Joba van den Berg of the Christian Democratic Party CDA said the main thing was how to improve the wellbeing of the islands and the residents as much as possible. She agreed with Wuite and Kuiken that equality had to serve as the basis for collaboration.

Equal relations also mean providing the three islands, which are part of the Netherlands, sufficient financial means so their governments can function properly, carry out their tasks, assist the people in need and help create liveable conditions for residents.

Several MPs brought up the much-needed increase of the free allowance, a raise that has been recommended in several reports in the past few years. “The coalition agreement mentions additional funding. We need a point on the horizon. What is needed to completely match with what is really needed,” said Ceder.

Bouchallikh said she was happy to learn that this new Dutch government was allocating the means, 30 million euros for the Caribbean Netherlands envelope and 35 million euros for nature, the environment and sustainability. “But how do we ensure that this is enough and that there will be no discussion on who spends what. We need to come with fast, concrete solutions for the problems on the islands,” she said.

State Secretary Van Huffelen said that equality as partners was important in the relations, giving the local government sufficient instruments so they can execute their tasks and by improving the basic facilities. She said equality would be a key part in the new government accords that she would make with the islands in the coming months. The division of tasks, “making clear who does what,” will also be part of these accords, she said.

The state secretary said the Caribbean Netherlands Envelope served to address the first needs to eradicate poverty and to increase the free allowance. She announced that an investigation would be carried out to assess the free allowance and to check what the amount needs to be to match the tasks of the public entities.

Some MPs also brought up pertinent issues that in particular St. Eustatius and Saba are facing. “There is no notary in Saba or St. Eustatius, while this is an essential service that needs to be provided. We hope that the state secretary will come with a solution for this pressing matter soon,” said Ceder. Van Huffelen assured the MPs that she was working on solving the matter of the notary.

Another issue that requires the urgent attention of The Hague is the lack of connectivity between St. Maarten, St. Eustatius and Saba. “The number of flights has decreased. The Dutch government owns part of WINAIR and we need to make sure that the number of flights goes up,” said Ceder.

MP Derk Jan Eppink of the JA21 party said it was “easy to hold up one’s hand” and that in the future, the islands should generate more own income. The private sector and trade with other countries in the region should play a role in this, he said. Eppink also addressed the cultural differences within the Kingdom. He noted that sending a bunch of Dutch civil servants “who think they will solve the problems on the islands does not work.”