Dutch side to cease border controls for St. Maarten, French side to maintain controls 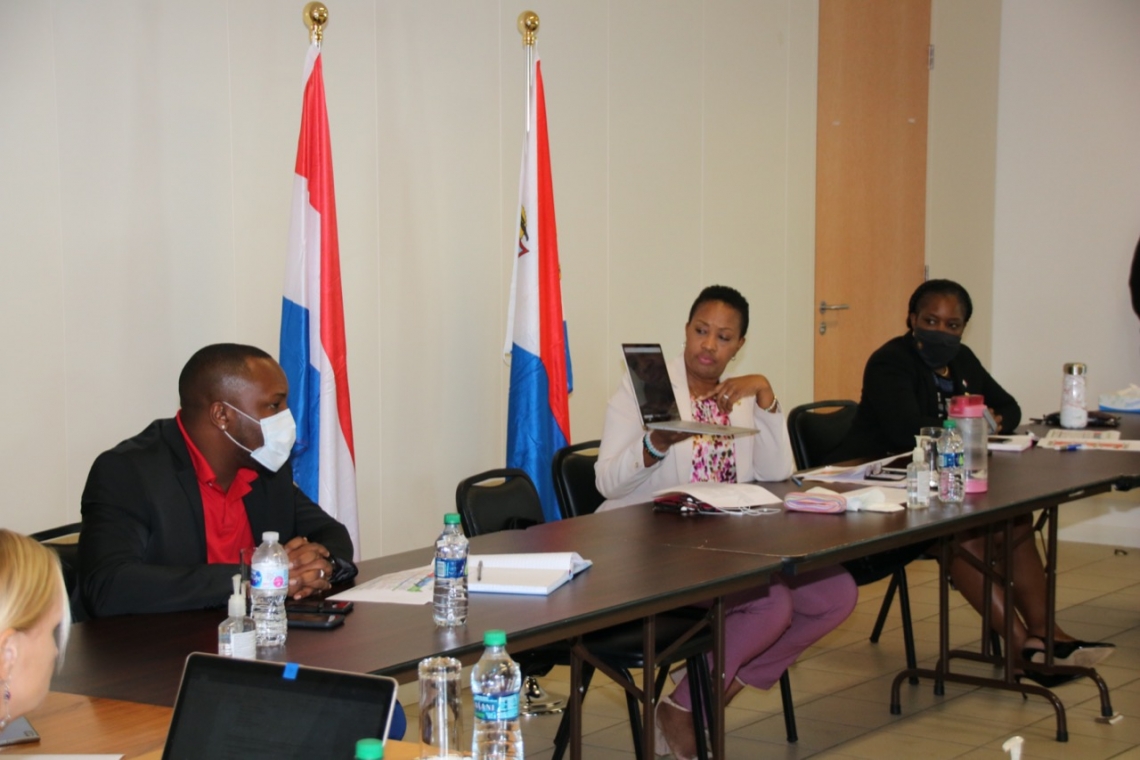 Some members of the Council of Ministers.

Prime Minister Silveria Jacobs said, after deliberation during a Council of Ministers' meeting on Friday, May 15, that it was decided to properly contain the coronavirus COVID-19, leading to a decrease in the number of COVID-19 cases on the both sides, as well as the bonds that exist between the people, it is no longer necessary to maintain the border controls and restrictions of movement between the two sides.

As of Sunday morning, which is a non-movement day, the Dutch side Police Force will no longer control the internal borders of St. Maarten. The container which was placed by police force at the Oyster Pond border to minimise the number of borders requiring control, will also be removed on Sunday. The police force will be refocusing its energy on de-escalation measures, and on ensuring that safety and security is maintained during this process as businesses re-open in Phase 2 on Monday morning. Jacobs said the police force will continue to maintain the night curfew which will be from 9:00pm to 6:00am as of Monday evening.

“Just as before the State of Emergency, the Dutch side of the island will no longer require waivers. As one small 37 square mile island, we have tried our utmost to synchronise measures with our northern counterparts to protect the population from the spread of this virus, at times causing some stress to our citizens with family and economic ties on both sides. We see no need for this any longer as the COVID-19 cases are well under control, and it is time to normalize even further. As our businesses reopen, more persons will need to access their business, or place of work, making this extra task unreasonable,” Jacobs said.

Collective Prevention Services (CPS) community outreach testing campaign will continue this weekend and next weekend. However, during the week, normal movement is allowed to allow persons the opportunity to earn a living and get our economy restarted while upholding the guidelines for safety of employees and clients.

“After discussions with our French counterparts on Saturday morning, where they were updated of the decision of the Council of Ministers, it has been confirmed by Madame la Prefet Feucher that the French gendarmes will maintain the controls as they require additional time to evaluate whether their containment efforts via community testing have been successful. As this is the case, our French counterparts will continue to require waivers to allow movement to French St. Maarten,” said Jacobs.

“In discussions with President Gibbs and the Collectivite, I have been informed by President Gibbs that he has contacted the Minister of Overseas Territories Annick Girardin and has advised her to also lift the border controls due to the decision taken by the Council of Ministers of St. Maarten in an effort to synchronize the measures on both sides of the island as border control is a competency of the state.”

Jacobs said, “Our population is much more aware of the dangers of the virus and will continue to practice the guidelines to be out in public; wearing a mask at all times, keeping a social distance of two metres and practicing proper hand hygiene frequently in order to avoid a second wave. Our behaviour will determine the success of our de-escalation of measures. There are times, unfortunately, when our different systems cannot synchronize, as such we will continue to meet and discuss best practices moving forward and do our best to foster cooperation as we de-escalate measures and continue to fight the spread of COVID-19.”