Curaçao protest gets out of hand 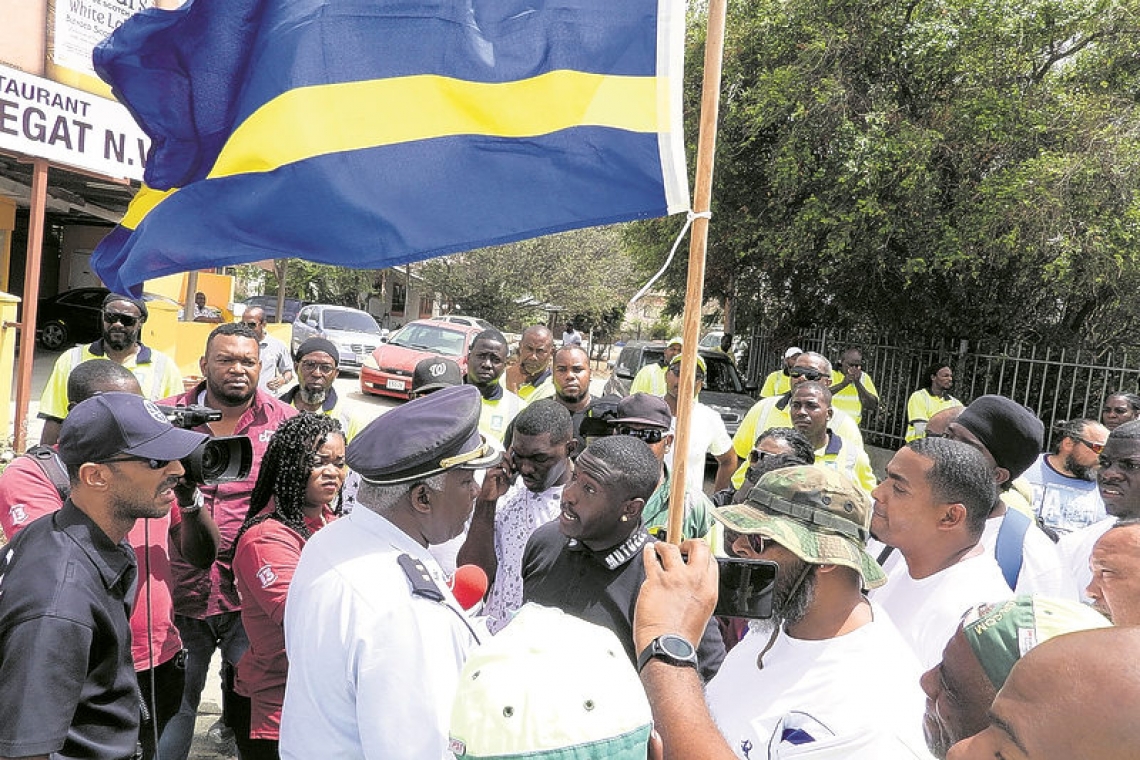 About 40 protesters gathered at Post 5 in Curaçao on Wednesday morning. The group of primarily youngsters led by initiator Lon Mutueel – which last week had demanded the Rhuggenaath Cabinet step down – was joined by unhappy workers of waste management company Selikor and later others, including members of small bus drivers’ union STU  and the Curaçao Heavy Equipment Association. The demonstrators were angry about the current labour-market situation, cuts in employment conditions and the slow disbursement of coronavirus crisis-related assistance by government.

WILLEMSTAD--Members of Curaçao’s riot squad “wiped clean” the Fort Amsterdam square on Wednesday afternoon by firing tear gas at a group of protesters gathered in the complex where the seat of government is located.

Police had previously been deployed to prevent them from entering the office of Prime Minister Eugene Rhuggenaath.

The demonstrators demanded that the Rhuggenaath cabinet resign. They called for the prime minister to come out, but according to sources he had already left the building earlier.

The protesters were ultimately driven away to the city centre. They threw bottles and stones, damaged some store showcase-windows and set several waste containers on fire.

A police vehicle left unattended was turned over and set on fire. The situation remained tense well into the evening.

The protest started Wednesday morning with a gathering of unhappy youngsters at Post 5, who were joined by hundreds of garbage collectors who are angry because their secondary benefits will be reduced by 12.5 per cent. This cut for civil servants and employees of the government companies is part of the conditions that the Netherlands has set for liquidity loans to absorb the consequences of the corona crisis.

Earlier Wednesday morning, the island’s largest union ABVO representing public sector workers held a meeting during working hours to discuss this. A large majority of those present voted against the austerity measures.