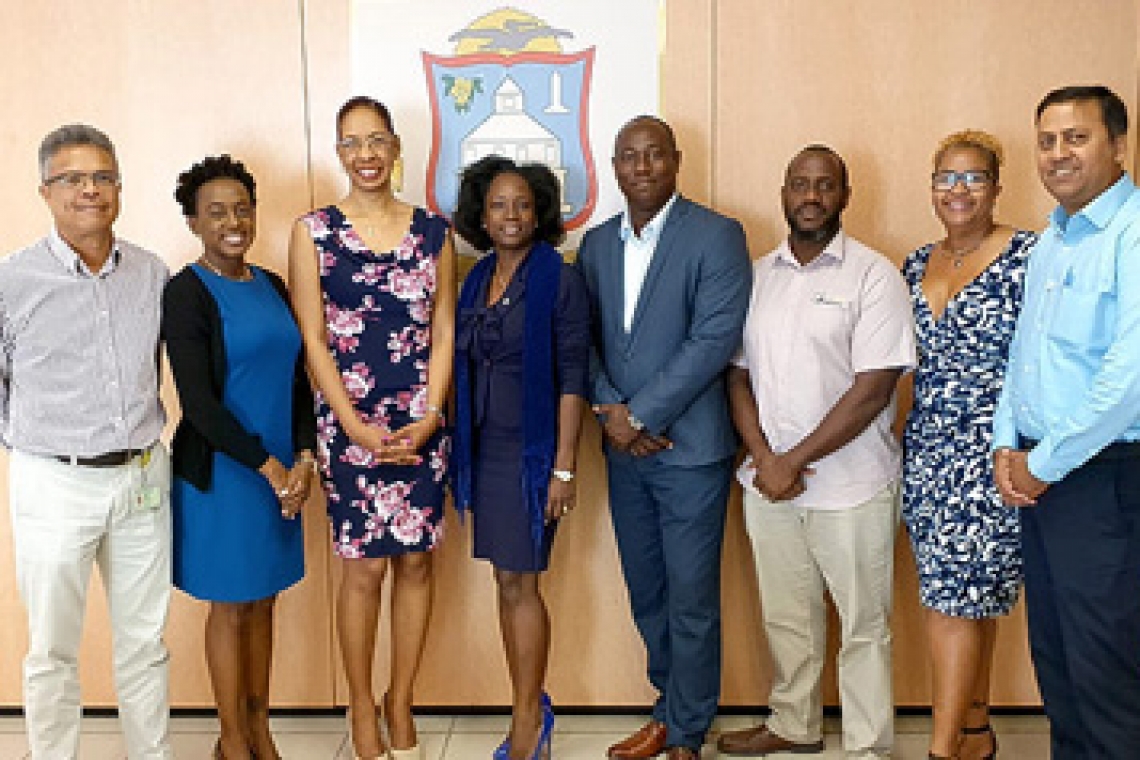 PHILIPSBURG--The St. Maarten Chamber of Commerce and Industry (COCI) board met recently with Minister of Public Health, Social Development and Labour VSA Pamela Gordon-Carty regarding changes in the labour policy to reduce unemployment in St. Maarten.

COCI President Benjamin Ortega said the Chamber recognises that there are entities and businesses that might take advantage of the work permit policy versus the much-needed employment of local persons seeking employment who desperately need assistance from the private and public sectors.

“We understand that there is no one-stop solution, yet the introduction of measures that actively address various (other) matters of concern and that further also contribute to the growing unemployment on the island needs to be carefully studied with respect to their perceived negative impact on a very fragile economy.

“The Chamber supports measures that would positively improve business and commerce activities and customer relations between entities and communicating these to companies registered with the Chamber and the community at large,” Ortega said in a press release on Tuesday.

COCI recently sent a letter to the Minister indicating that it had taken note of various articles in the media regarding the policy, particularly those from business associations that expressed discontent with the policy.

“In addition, we noted that Members of Parliament (MPs) have also noted their concerns with the matter at hand.

“As you and your Labour Department are aware, COCI being the initial registry for business activity and mandated by country St. Maarten in its role to render solicited and un-solicited advice to government with regards to matters of socio-economic, commerce and business development of the country that can have an impact on our (business) market, we hereby seek an audience with your ministry with respect to the aforementioned policy change,” the letter read.

The Minister provided background information about the policy change during the meeting.

“On behalf of the board, I thanked the Minister for meeting with us and then provided some insight into the goal of the meeting, which was to further establish the working relationship to assist within our role as Chamber giving advice to government and stakeholders,” Ortega said.