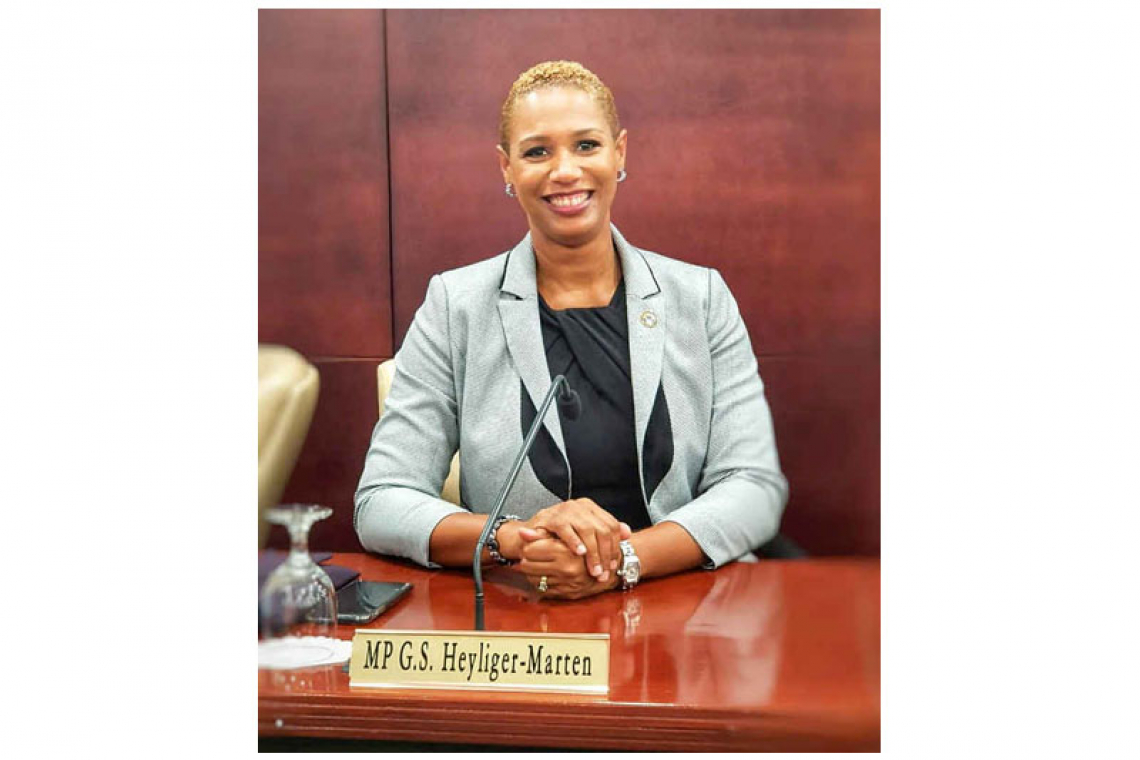 PHILIPSBURG--Member of Parliament and United People’s Party faction leader Grisha Heyliger-Marten commemorated the late Dr. Albert Claudius Wathey on July 24 for his contribution to the growth and development of the people and nation. She also reflected on a recent suggestion by the Committee for Financial Supervision CFT, to impose a tax that Wathey fought against at the Central Government level for years to prevent it from imposing it on St. Maarten.

The community of St. Maarten paused this weekend to celebrate the 95th anniversary of Wathey’s birth, affectionately called the “Ole Man”, who is still today considered the father of modern-day St. Maarten. Heyliger-Marten called him an exceptional jobs creator and an innovator.

“Shocked” and “disappointed” are the words she used to describe the CFT’s suggestion to impose a land tax on the people of St. Maarten. “This is the latest attempt to subjugate the people the Ole Man fought to defend for more than 40 years. These taxes will further burden and erode the financial safety and security of especially elderly, retired individuals whose income has been reduced significantly.”

According to Heyliger-Marten, “the Ole Man” never believed in a bureaucratic and large government, or taxes that would hurt his people.

She called the land tax “anti-local people”. “I will not vote for this or any land tax, whether the CFT or the Dutch government says to do it,” said Heyliger-Marten.

In an article that appeared in the local media on July 18, the CFT suggested that the government should not only reduce expenditures, but also use the opportunity to reform taxes and impose a tax on property and land, calling it “essential to bring tax revenues to a much higher level.” Heyliger-Marten contends that according to the United People’s party’s stance on taxes, increasing compliance and streamlining existing taxes so they make sense must be a first step.

She vehemently opposes the property and land tax and said she, like the late Dr. Wathey, believes in creating jobs and good living for the people. “This tax is just a way to take away our people’s land and homes when they cannot pay in an already stagnant global economy. We are talking about people who have worked sometimes their entire lives building one room at a time until they have a house that they can be proud of.”

“St. Maarten does not have a large enough landmass for its citizens to build individual homes, and often because of a low-paying pension system, people have had to start early building their homes while working, so hopefully they could cater to their families’ housing needs later by the time they are retired.”

“In Europe they put their money in the bank while our people invest in homes with sometimes a little apartment for the family to live in. If you impose this land tax, building a little room extra for your children will be viewed as an added value that has to be assessed for taxes.”

She said she is urging others not to support this attack on the security of the hard-working people of the island, who are already struggling as it is.  According to Heyliger-Marten, tax reform should not be imposed by any external parties and must be carried out in a comprehensive manner.

“The CFT’s suggestion does not take into account many factors, and to them I say: ‘Thanks, but no thanks, we will do tax reform our way,’” she said. “Proposals for a more indirect tax system, including a transaction tax, as suggested by the UP Party’s Ministry of TEATT [Tourism, Economic Affairs, Transport and Telecommunication – Ed.] can achieve both of these objectives. I look forward to this proposal being included in the tax reform which the Minister of Finance (National Alliance) is working on.”