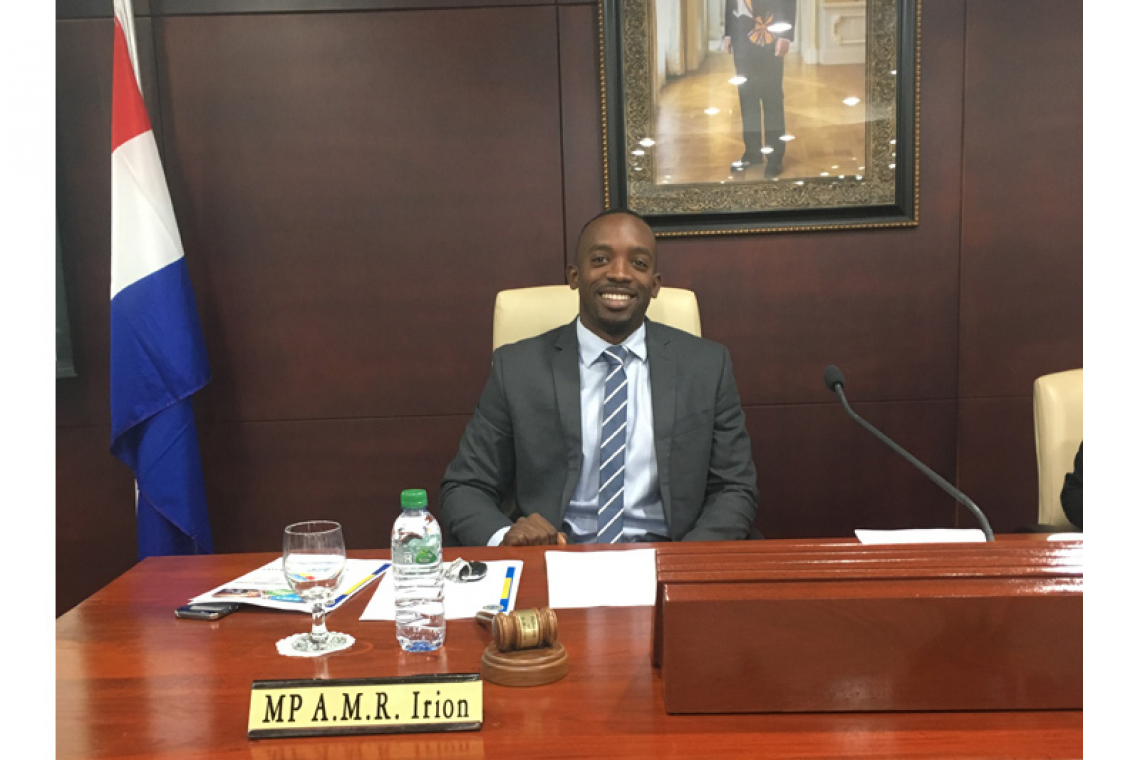 The meeting, which began several weeks ago, had to be continued last week Thursday, where Irion had to provide the answers verbally. However, Irion was unable to attend the meeting and therefore sent his answers in writing to MPs.

In response to a question on whether CBCS is working on a law to obligate the commercial banks to open accounts for all natural and legal persons, Irion said, “The CBCS is considering legislation to obligate commercial banks to provide basic bank services to natural persons. … CBCS has established a committee that will review/analyse jointly with the banking sector the EU directive regarding the provision of basic financial services for all consumers.”

In response to another question on the opening of accounts, Irion said personally the length of time it takes to open a bank account personally concerns him.

“I believe it further contributes to the already [dormant – Ed.] cash economy we have and adds to potential leakage of government revenue. However, existing processes and requirements cannot be ignored. At this stage, before we have the results of the CBCS’ investigation, I can only request banks to cooperate with clients and potential clients to speed up the process of opening a bank account.”

Asked what is CBCS’ opinion on banks requesting business plans for the opening of a bank account, Irion said the management [of commercial banks] may require additional information from companies, such as a business plan or cash flow statements, amongst other things, as part of the identification of corporate customers based on the Provisions and Guidelines on the Detection and Deterrence of Money-Laundering and Terrorist-Financing for Credit Institutions.

He said the opening and closing of a bank account concerns a private agreement between a commercial bank and its clients. However, CBCS issued Provisions and Guidelines on the Detection and Deterrence of Money Laundering and Terrorist Financing for Credit Institutions, to which commercial banks must adhere.

In response to another question on the relevance of the court case in Aruba of a former politician whose account was not allowed to be closed on the basis that he is a suspect in a criminal investigation, Irion said, “It is it relevant for St Maarten to be able to open a bank account, since in the … case [in question] the court rules he has to get a bank account (although not relevant for EU). This verdict sets a [precedent Ed.] and should be useful for others faced with a similar situation.

He noted that service providers are required to adhere to the Anti-Money Laundering/Combating the Financing of Terrorism (AML/CFT) Ordinances and CBCS’ Provisions and Guidelines on the Detection and Deterrence of Money-Laundering and Terrorist-Financing.

“Credit institutions are mandated to develop clear customer acceptance policies and procedures, including a description of the categories of customers likely to pose a higher-than-average risk to the credit institution. The policy must ensure that transactions are to be conducted, business is commenced, and that accounts are opened with (prospective) customers that provide satisfactory evidence of their identity.

“Credit institutions are also required to obtain and document information on the purpose and intended nature of the business relationship with their (prospective) clients prior to offering them their service. CBCS’ role is to undertake the necessary supervisory activities to assess that the institutions are in compliance with the above-mentioned regulations,” Irion said in his answers.

CBCS President Richard Doornbosch had told The Daily Herald in January that CBCS will be discussing with banks the process to which consumers are subjected to open a bank account in St. Maarten and the lengthy time this process takes.

He said at the time that CBCS had noted concerns in the community about the red tape in opening accounts and indicated that many people had reached out to him during his visit to St. Maarten in January. He listed this as a concern and indicated that it is an important matter.

Engaging in dialogue with the St. Maarten Bankers Association will be placed on CBCS’ agenda and a meeting is projected to be held in the first quarter of this year.