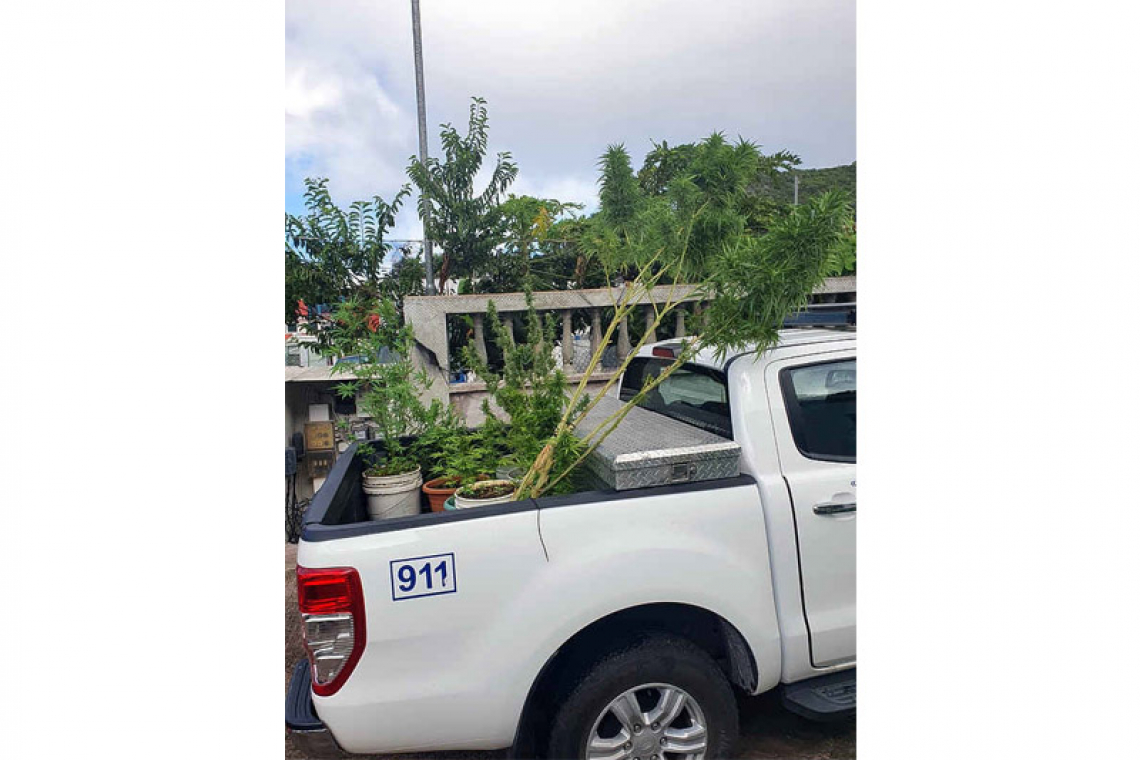 Some of the cannabis plants that were confiscated by the police.

Pots with presumably cannabis plants and plants that were planted in the yard of a dwelling on Stefanotus Street in The Bottom were confiscated.

Under the Opium Act, it is prohibited to grow, prepare, process, sell, deliver, distribute or transport marijuana, the Caribbean Netherlands Police Force KPCN said in a statement on Wednesday.

“You are also not allowed to manufacture or to have marijuana with you. Criminal investigation and prosecution in the context of the enforcement of the Opium Act is the responsibility of the judicial authorities and the police,” the police said.

When there is a suspicion of a cannabis farm in a home, in many cases it is the police who act, dismantle the nursery and initiate criminal proceedings.