Bystanders, paramedics save man from drowning at Le Galion Beach 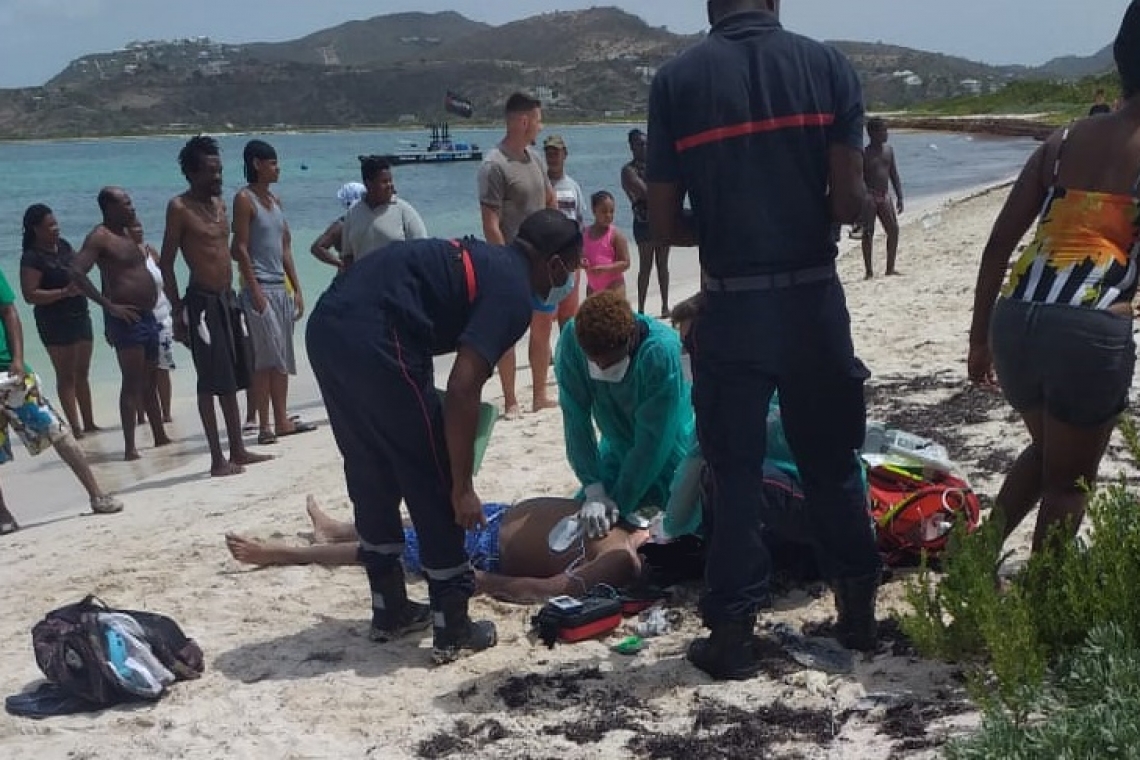 MARIGOT--The French-side Fire Brigade (“pompiers”) treated a swimmer who was suspected of drowning at Le Galion Beach on Sunday, but thanks to several bystanders on the beach who helped pull him out of the water before they arrived, his life was saved.

The incident occurred around 1:30pm. The victim was a 25-year-old Antillean man, resident of the Dutch side, who left his family on the beach and went out into the water.

“The water is not very deep off the beach, but his mother noticed he was struggling for some reason and calling out for help. He was close to a small boat that was at anchor,” said Dennis, one of several people who witnessed the incident. “A friend of his tried to give him cardiopulmonary resuscitation (CPR) and someone called the pompiers. I don’t know what happened to him – whether he had too much lunch and was choking. When the pompiers arrived, they gave first aid and performed CPR before he was taken away in the ambulance.”

Capitaine Thierry Verres later confirmed the man did not drown. He was taken to the French-side hospital to be checked out before being returned to the Dutch-side hospital for further treatment. Verres did not have the exact cause of the incident at hand.