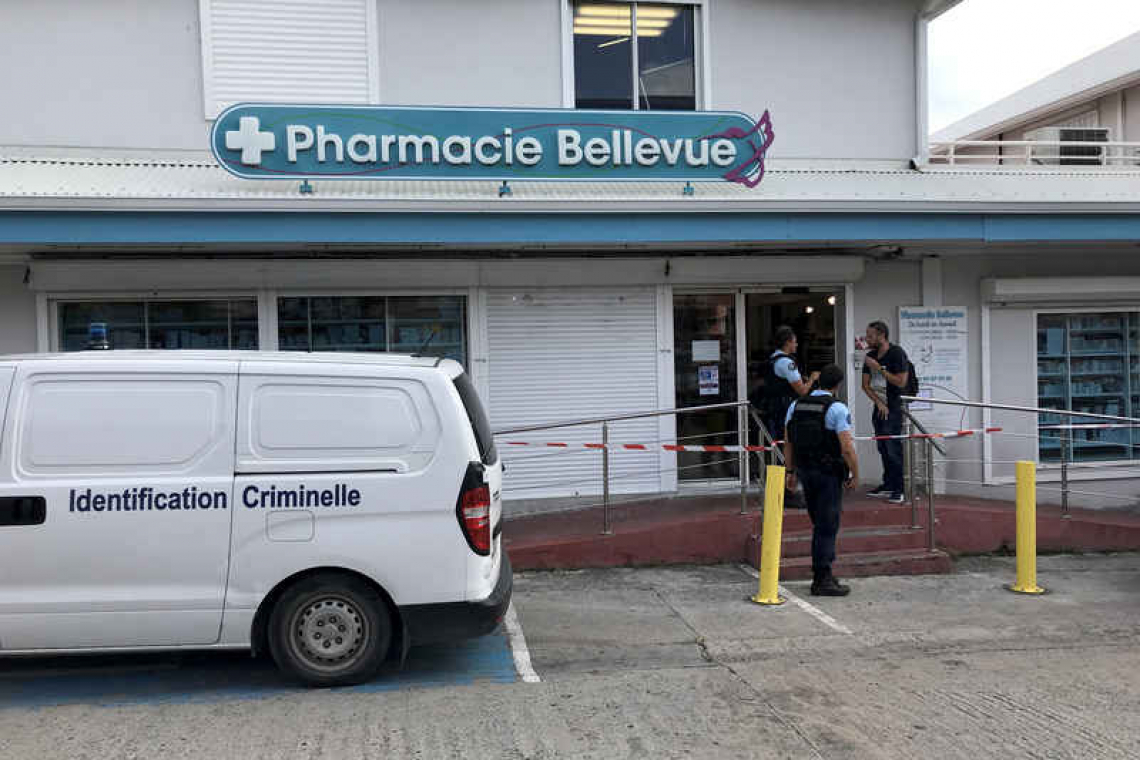 MARIGOT—The Pharmacy in Bellevue was victim of an armed robbery at around 3:00pm Thursday.

Gendarmes were seen at the pharmacy which was cordoned off with tape. A forensics vehicle was also parked outside.

One employee said four armed perpetrators entered the pharmacy and stole cash before escaping. One of them was dressed in painting overalls and was masked.

Only very brief information could be obtained as employees were on their way to make a report with the Gendarmerie. There were no reported injuries or violence, the employee indicated.

The Gendarmerie has not communicated so far on the incident but an update may be forthcoming later.