Air Caraïbes Airbus engine blows out after take-off, no one injured 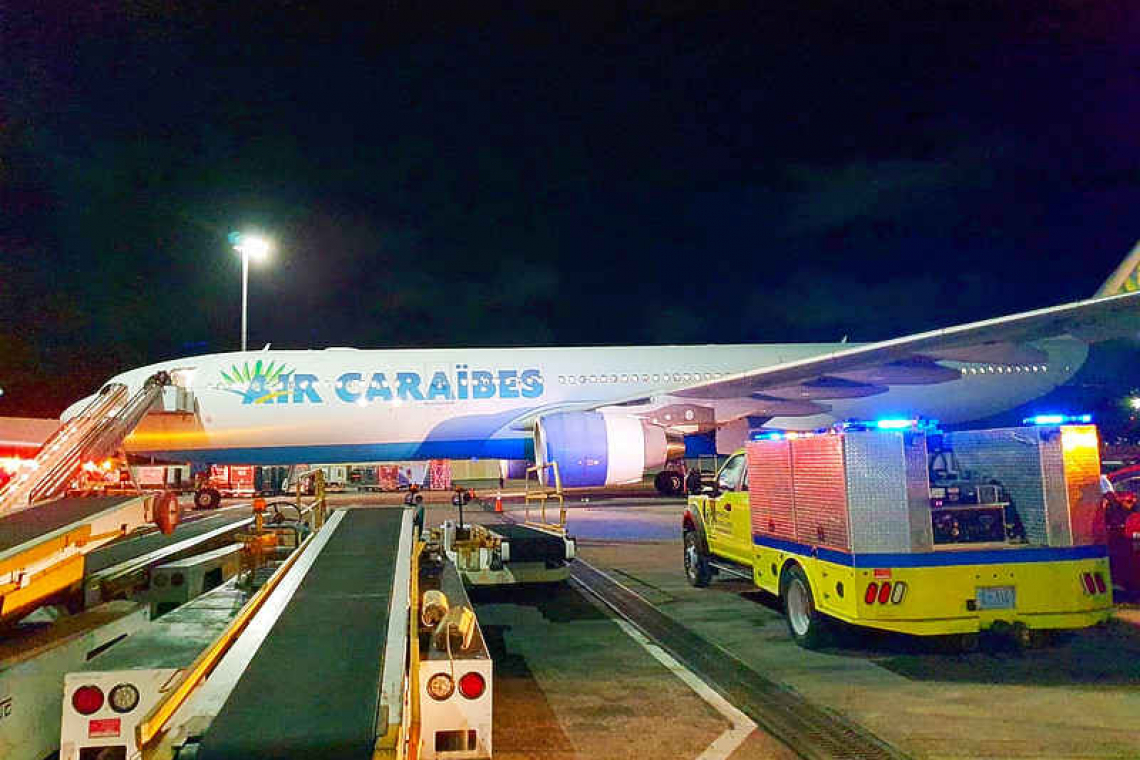 The Air Caraïbes aircraft after it turned around and landed safely at PJIA on Tuesday night.

AIRPORT--Passengers and crew of an Air Caraïbes Airbus A330-300 are breathing a sigh of relief after the left engine of the aircraft blew out shortly after take-off from Princess Juliana International Airport (PJIA) after 7:00pm on Tuesday, causing the captain to return to the airport.

The captain managed to land the plane safely avoiding a major catastrophe. PJIA Chief Executive Officer (CEO) Brian Mingo said no one was injured during the incident.

“I heard several loud explosions and saw a flash coming from the left engine,” one eyewitness who saw the incident unfold in the air told The Daily Herald.

Mingo said the flight took off after 7:00pm with an estimated 30 passengers on board. The plane has a capacity of about 378. After take-off, Mingo said, the aircraft suffered a blow-out of its left engine and went into code red. “While taking off the captain heard two loud bangs and he turned back and landed safely. Thank God for that,” Mingo said.

The Fire Department was on standby for the plane’s landing.