Accelerated vaccination, first dose for all adults before May 1 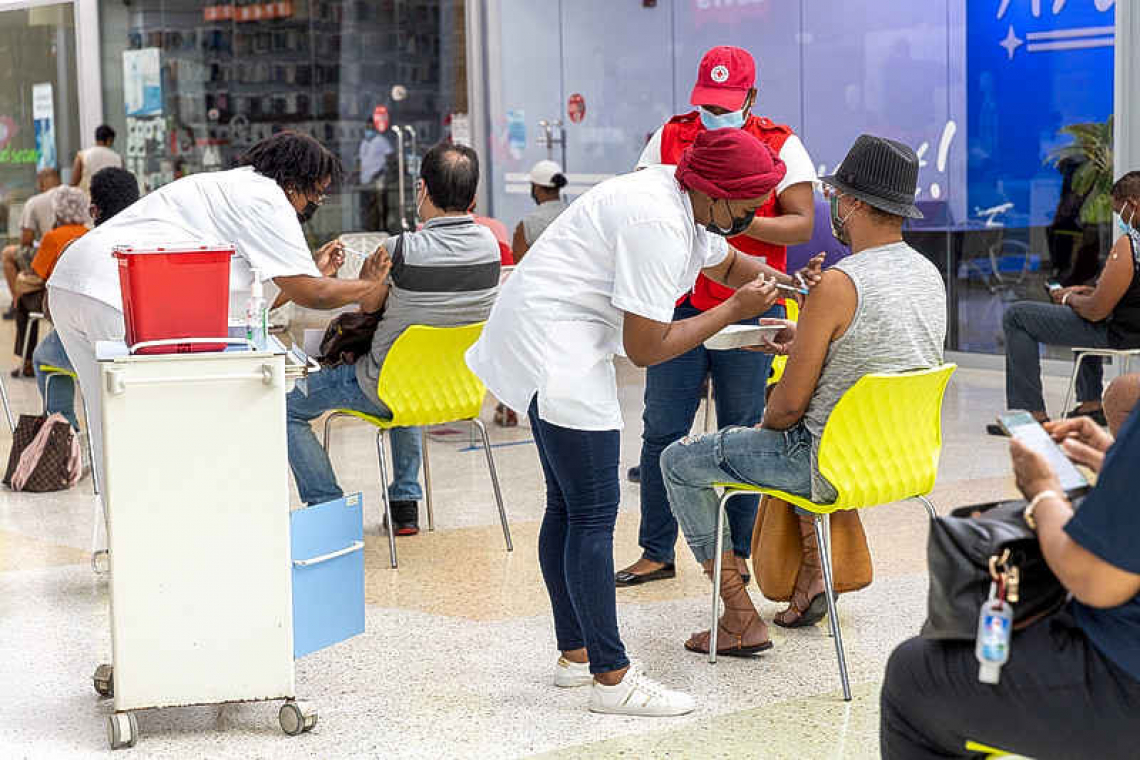 The vaccination trajectories will be accelerated in Curaçao (photo), but also in Aruba, Bonaire and St. Maarten. (Photo courtesy Twitter account of Dutch State Secretary of Public Health, Welfare and Sport Paul Blokhuis.)

THE HAGUE--The Netherlands will assist St. Maarten, Aruba, Curaçao and Bonaire to accelerate the COVID-19 vaccination trajectories on the islands. All adults who want to be vaccinated should be able to receive their first dose before May 1.

Dutch State Secretary of Public Health, Welfare and Sport Paul Blokhuis announced this in a letter that he sent to the Second Chamber of the Dutch Parliament on Wednesday. The best and fastest protection against the increase in infections is to vaccinate all willing adults as soon as possible. The first vaccination provides a certain degree of protection.

Considering the current epidemiological situation and the limited curative facilities, and based on the advice of the Netherlands Institute for Public Health and the Environment RIVM and the vaccination envoy, it has been decided to speed up the vaccination trajectory on the islands.

In consultations between Blokhuis and the ministers of public health of the three Dutch Caribbean countries and the island governor in Bonaire, it was discussed how the Netherlands can assist with the further scaling-up of the vaccination campaign so all adult residents who want to be vaccinated can receive their first dose before May 1. All adults can register next week.

In Curaçao, the vaccination campaign will be accelerated even more in an effort to curb the current outbreak and to reduce the pressure on healthcare. The point of departure is to give all adult residents who want to be vaccinated a first dose within 10 days after the boosted campaign kicks off on April 8.

Also, specific logistical expertise has been made available by the public health department GGD West-Brabant in the Netherlands. Two logistical experts who were involved in setting up an extra-large vaccination location in Breda will be in Curaçao this week to provide support in upscaling the vaccination programme.

The Netherlands is further assisting with providing additional personnel for the intensive care units (ICUs) in Curaçao and Aruba. In the past weekend, 16 general nurses and five basic medical doctors left for Curaçao and Aruba. This week, an additional four nurses and five doctors will travel to the islands from the Netherlands to support the hospitals.

The first team of the “Extra Hands for Care” initiative from the Netherlands, consisting of 30 healthcare professionals, will leave for the islands on Friday, April 9. In the week of April 12, a second team of about the same size will go to the islands.

ICU and ambulance personnel are being recruited in the Netherlands and will leave for the islands this week. Through the American employment agency AMI, 20 additional ICU nurses and ICU doctors have been recruited. Additional medical equipment from the Netherlands, including ventilators, pumps and monitoring systems, will be sent to Curaçao and Aruba.