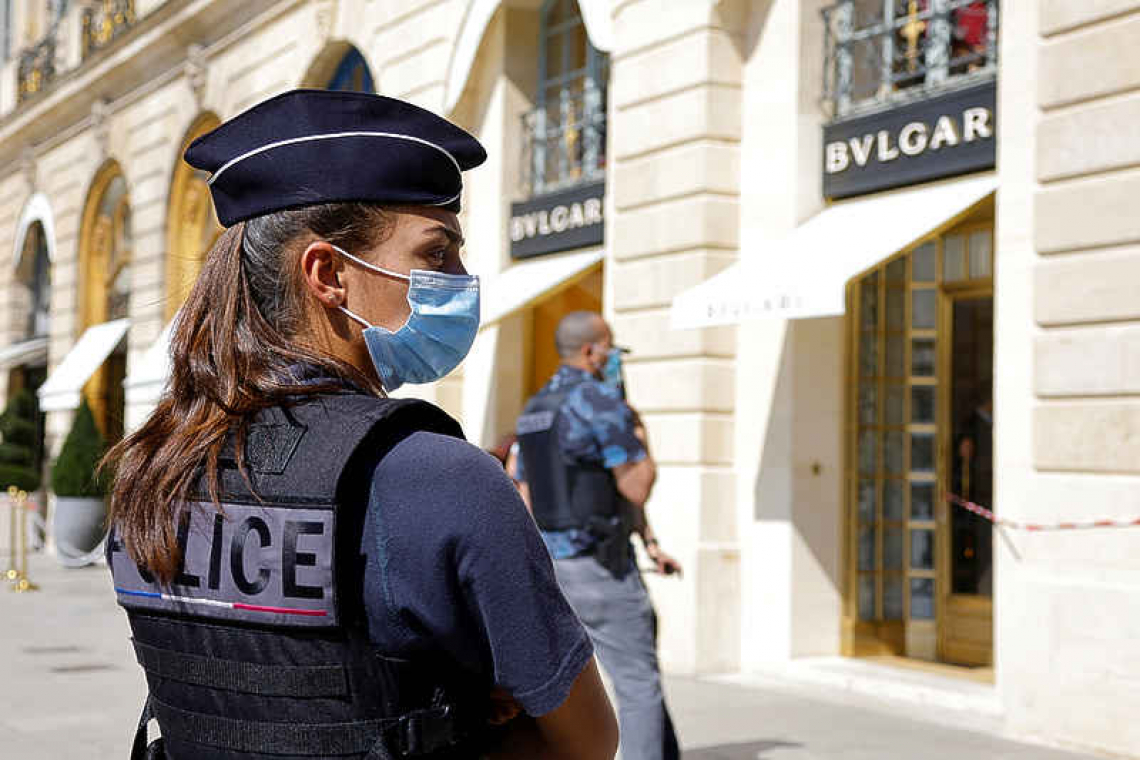 PARIS--Police in Paris caught three suspected armed robbers after opening fire on their car as they made their getaway from a 10 million euro ($12 million) jewellery heist at a Bulgari store in the French capital on Tuesday.

Three individuals, wearing sharp suits and armed with guns, robbed the recently revamped boutique on the Place Vendome in central Paris where the Ritz hotel is located, shortly before midday, police said.
The three fled in a car while four accomplices took flight on scooters. Police fired shots at the car near the Les Halles shopping mall, less than 2 kilometres away, forcing the trio to try and flee on foot.
The three were arrested after ditching some of their loot, an officer at the scene said, while a manhunt was under way for the four who left on scooters. Bulgari, which is owned by Bernard Arnault's LVMH, said no one was hurt during the heist.
Jewellery stores in Paris have suffered a spate of armed robberies in recent months. Crime and security are likely to feature heavily among voters' main concerns in the 2022 presidential election.
"It's not the first time Place Vendome is targeted," the officer who identified herself as Noura B. told reporters. "(But) these weren't (just) pistols they were armed with. Using large guns, taking that kind of risk ... is something that happens rarely."
In July, thieves made off with jewellery worth almost 2 million euros ($2.4 million) from a Chaumet store near the Champs-Elysees, although the stolen goods were later recovered and the suspects arrested. That same month, robbers also struck a Dinh Van jewellery store in central Paris.
The Bulgari store recently underwent extensive renovations, expanded to open onto the Place Vendome and outfitted with marble columns evoking its Rome origins.
The historic Place Vendome is regarded as the heart of French luxury. Labels including Chanel, Boucheron and Van Cleef & Arpels have invested considerably in prestigious flagships lining the square.