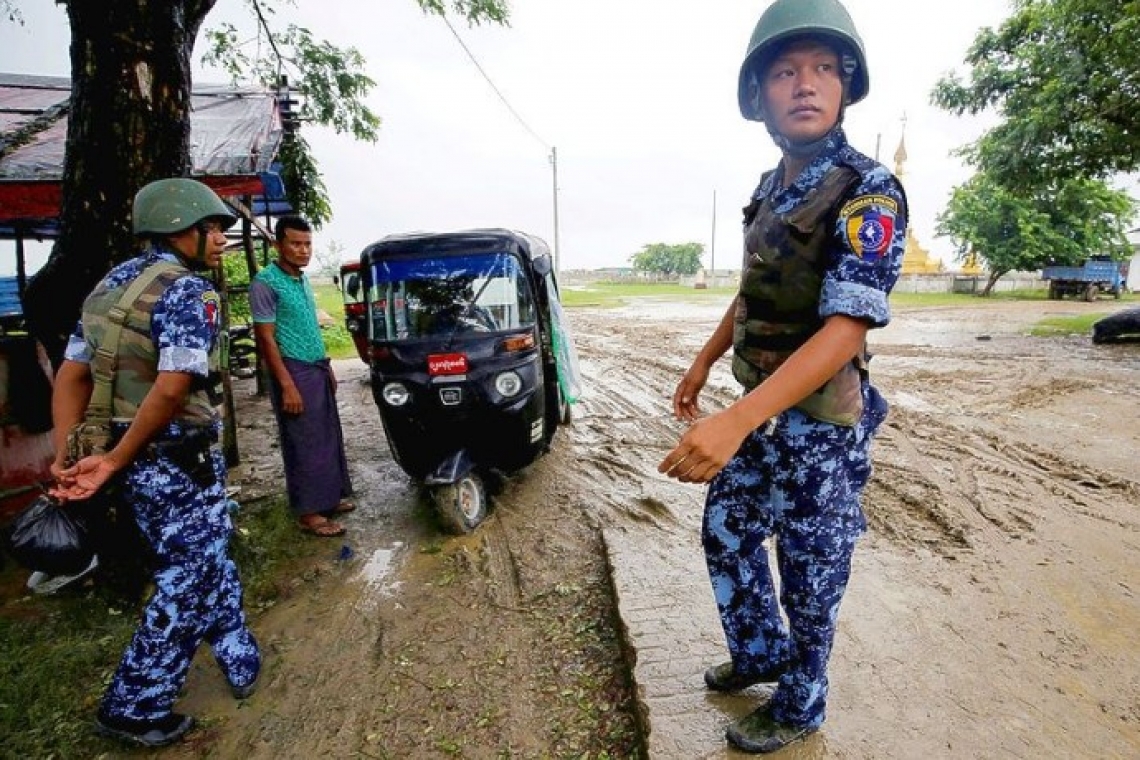 YANGON--A government-appointed panel established in Myanmar to probe allegations of abuses in Rakhine state in 2017 that drew global outrage said on Monday they had found no evidence of genocide against the Rohingya Muslim minority.

More than 730,000 Rohingya fled Rakhine state during weeks of brutal violence, during which the United Nations says gang rapes and mass killings were carried out with "genocidal intent". Hundreds of villages were burned to the ground and later razed and scraped.
The commission of inquiry said there were "reasonable grounds" to conclude members of the security forces among "multiple actors" were responsible for possible war crimes and serious human rights violations during a military-led crackdown against the group in 2017. These included the "killing of innocent villagers and destruction of their homes," it said.
But in its statement, issued to mark the finalization of a full report based on interviews with villagers and members of the security forces, the panel blamed Rohingya militants for attacking 30 police posts and "provoking" the crackdown and described the situation as an "internal armed conflict".
"The ICOE has not found any evidence suggesting that these killings or acts of displacement were committed pursuant to an intent or plan to destroy the Muslim or any other community in northern Rakhine State," the panel’s statement read. "There is insufficient evidence to argue, much less conclude, that the crimes committed were undertaken with the intent to destroy, in whole or in part, a national, ethnical, racial or religious group, or with any other requisite mental state for the international crime of genocide."
The statement said the panel had submitted the report to the government but it did not say whether it would be made public.
In Bangladesh, where hundreds of thousands of Rohingya who fled Myanmar have taken refuge, a Rohingya leader, Dil Mohammed, described the report as a whitewash. "We have been persecuted for decades. So many of our people were killed, our women were raped, our children were thrown into fire and our homes were torched. If it is not genocide, what is it?" he said.
The International Court of Justice, the highest U.N. court, will this week issue a decision on a request for emergency measures in a genocide case against the country. Gambia filed the suit in November alleging Myanmar was committing "an ongoing genocide" against the Rohingya.
The commission of enquiry was formed in 2018 as the country faced growing calls for accountability. The government appointed two local and two international members – Filipino diplomat Rosario Manalo and Kenzo Oshima, a former Japanese ambassador to the United Nations.