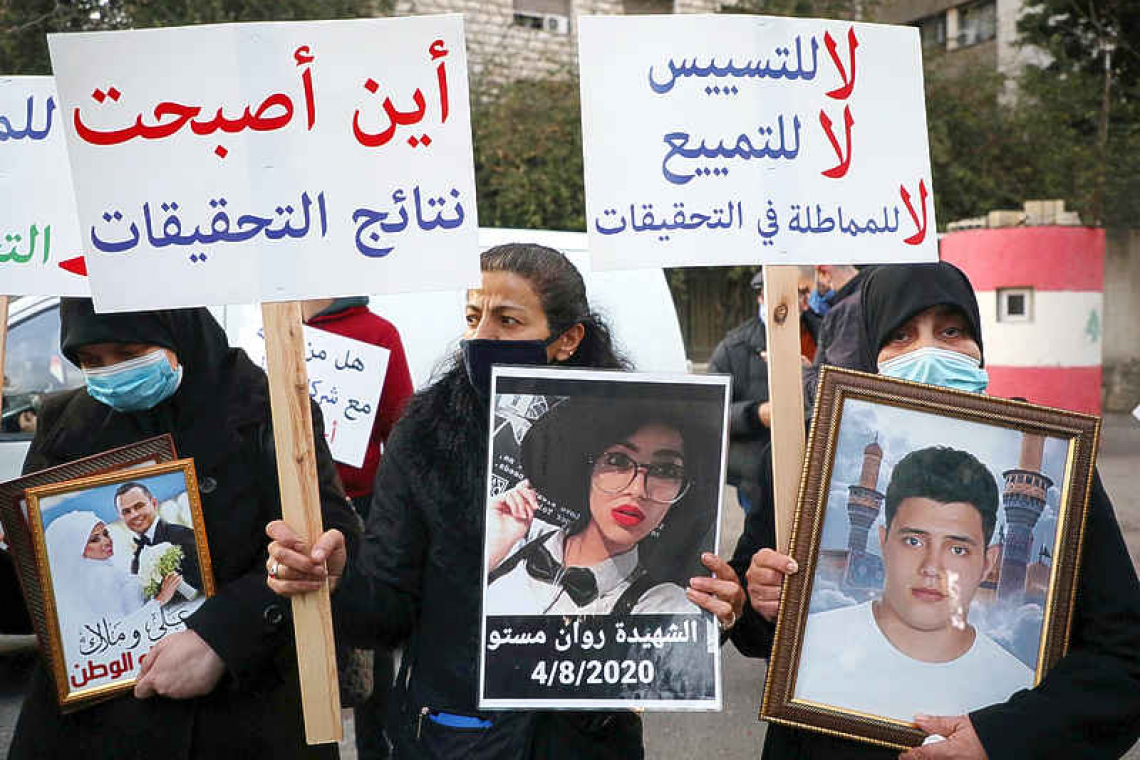 BEIRUT--A Lebanese court on Thursday dismissed a judge who had charged top politicians with negligence over last year's Beirut port explosion, infuriating families of victims who said it showed that the state would never hold powerful men to account.

Judge Fadi Sawan had led the investigation into one of the largest non-nuclear blasts in history. In December, he charged three ex-ministers and the outgoing prime minister with negligence.
Two hundred people died in the August blast when a huge stockpile of ammonium nitrate, stored unsafely for years, detonated at the capital's port. Thousands were injured and entire neighbourhoods destroyed.
Families of the victims gathered at Beirut's justice palace on Thursday night to protest against Sawan's removal from the probe. Clad in black, they cradled photos of their dead loved ones and held picket signs that read: "Where are the investigation results?"
One woman sat on the ground and wailed. "We had hope for justice, even if just one percent, justice for my brother so he could rest in his grave," said Rima al-Zahed. "We're truly in a rotten country...I swear we're tired. We want the truth."
The officials charged by Sawan had refused to be questioned as suspects, accusing him of overstepping his powers. The court of cassation decided to take Sawan off the case after a request from two of the former ministers he charged, Ali Hassan Khalil and Ghazi Zeaiter. Sawan could not be reached for comment.
A copy of the decision seen by Reuters cited "legitimate suspicion" over Sawan's neutrality, partly because his house was damaged in the blast which devastated much of the capital.
The move will likely delay an investigation that has faced political pushback and has yet to yield any results. Human Rights Watch called it "an insult" to the victims. "We are back to square one," researcher Aya Majzoub said. "We need answers, and Lebanon has shown that it is incapable of providing them."
Sawan's charges were the first filed against top politicians over the blast. Lawyers said he showed courage in a country where few in authority have ever been held accountable. He faced criticism from Shi'ite Hezbollah movement and Sunni former premier Saad al-Hariri, rivals who have shared power under Lebanon's sectarian political system.
Outgoing premier Hassan Diab, who quit over public fury at the blast, has said his conscience was clear.