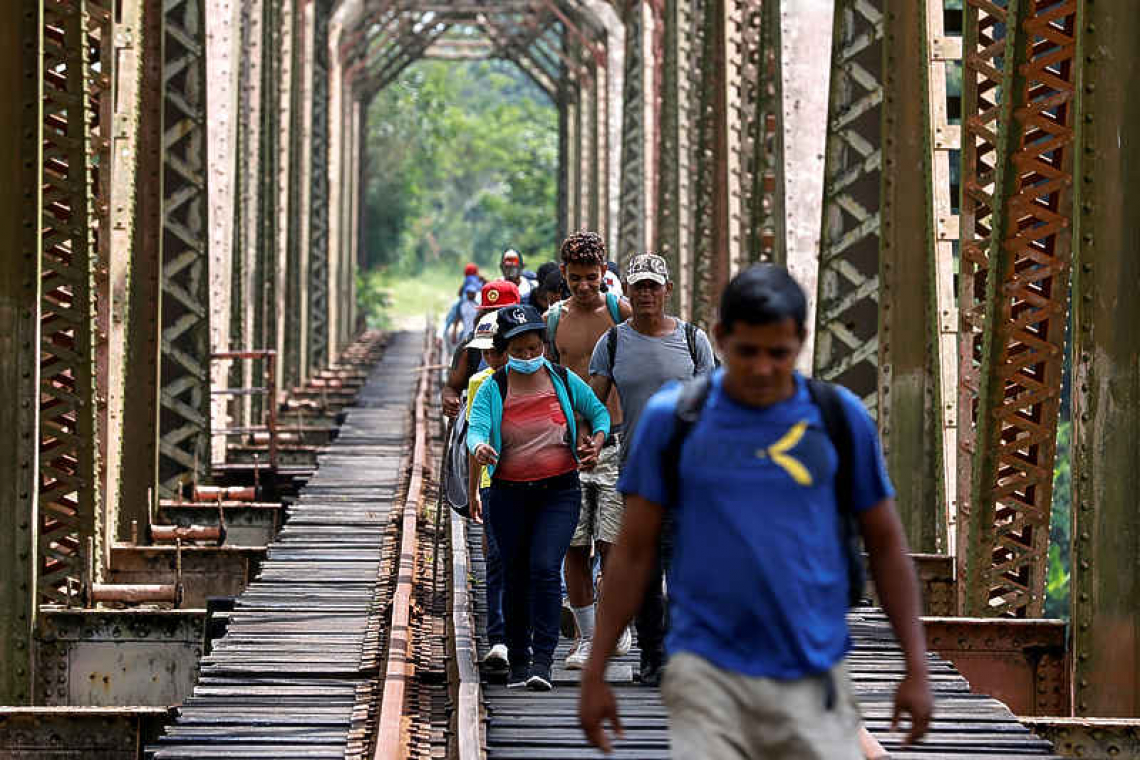 CORINTO, Honduras--Honduran police on Tuesday turned back a U.S.-bound caravan of hundreds of migrants for lacking proper identification papers and proof of negative coronavirus tests, helping the U.S. government contain pressure on its southern border.

The migrants, mostly young adults with backpacks and women carrying children, had begun walking in the early morning from a bus terminal in the northern city of San Pedro Sula to nearby Choloma, where they hitched rides on trucks and buses. The group hoped to reach the United States to escape poverty worsened by the coronavirus pandemic and natural disasters.
"You have to take risks to have a better life in the United States," migrant Carlos Flores told local television. "Here you can hardly eat with what you earn, if you can even find work."
The group was the second large caravan to set out from Honduras this year. Previous caravans drew the attention of U.S. officials who called on the region's governments to stop them. The Honduran police set up a checkpoint near the Guatemalan border crossing at the northern town of Corinto. Migrants who did not have the required paperwork were driven 114 kilometers (71 miles) back to San Pedro Sula on police trucks and buses.
Police official Jose Murillo said over 90% of migrants reaching Corinto had been turned around because they lacked proper identification or proof of COVID-19 tests.
Gabriel Guzman, one of the Hondurans stopped, accused police of acting illegally, saying that he and others were still in their own country and had the necessary documents to enter Guatemala. Honduran migration authorities also said 32 migrants were expelled by Guatemala after crossing the border illegally.
Migrant caravans have been less frequent over the past year in part due to Guatemalan and Mexican security forces breaking them up under pressure from both the administrations of U.S. President Joe Biden and his predecessor, Donald Trump. Central Americans have made up the bulk of a sharp increase in migrants trying to reach the United States via Mexico in recent weeks, putting pressure on Biden.
U.S. Border Patrol caught roughly 100,000 migrants at the border with Mexico in February, the highest monthly level since a spike in mid-2019. Biden has said that the U.S. was going to need help from Mexico and the Northern Triangle countries of Honduras, Guatemala and El Salvador to contain the surge of migrants.