China sends more jets, Taiwan says it will fight to the end 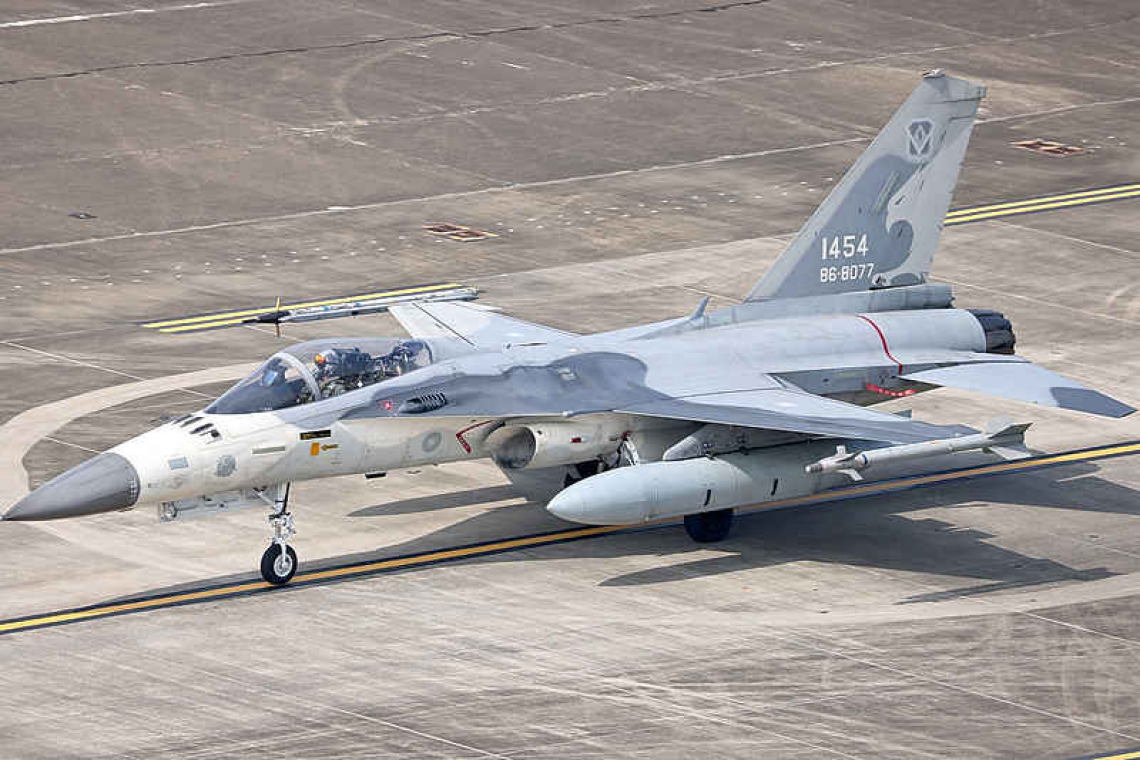 TAIPEI--China sent more fighter jets into Taiwan's air defence zone on Wednesday in a stepped-up show of force around the island Beijing claims as its own, and Taiwan's foreign minister said it would fight to the end if China attacks.

The democratic self-governed island has complained of repeated military activities by Beijing in recent months, with China's air force making almost daily forays in Taiwan's air defence identification zone. On Monday, China said an aircraft carrier group was exercising close to the island.
Taiwan's Defence Ministry said 15 Chinese aircraft, including 12 fighters, entered its air defence identification zone, with an anti-submarine aircraft flying to the south through the Bashi Channel between Taiwan and the Philippines. Taiwan's air force sent up aircraft to intercept and warn the Chinese away, the ministry added.
Adding to the stepped-up military activity, the U.S. Navy said its John S. McCain guided missile destroyer conducted a "routine" transit of the Taiwan Strait on Wednesday. China's Eastern Theatre Command said it tracked the ship and denounced the United States for "endangering the peace and stability of the Taiwan Strait."
Speaking earlier in the day, Taiwan Foreign Minister Joseph Wu said the United States was concerned about the risk of conflict.
"From my limited understanding of American decision makers watching developments in this region, they clearly see the danger of the possibility of China launching an attack against Taiwan," he told reporters at his ministry. "We are willing to defend ourselves without any questions and we will fight the war if we need to fight the war. And if we need to defend ourselves to the very last day we will defend ourselves to the very last day."
In Washington, U.S. State Department spokesman Ned Price was asked about the Chinese activity and Wu's comments and said the United States noted with "great concern" a pattern of ongoing Chinese intimidation efforts in the region, including towards Taiwan. Price reiterated past statements that the U.S. commitment to Taiwan is "rock solid" and added: "As reflected in the Taiwan Relations Act, the United States maintains the capacity to resist any resort to force, or other forms of coercion, that would jeopardize the security or the social or economic system of the people on Taiwan."
The commander of the U.S. Pacific Fleet, Admiral John Aquilino, said at his nomination hearing last month for overall command of the U.S. Indo-Pacific region that estimates of when China might have the capability to invade Taiwan ranged between now and 2045 and added: "My opinion is this problem is much closer to us than most think."
China's Taiwan Affairs Office did not respond to requests for comment on Wu's remarks. China has said its activities around Taiwan are aimed at protecting China's sovereignty.
Neither Taiwan nor China has said precisely where the Chinese carrier group is, or whether it is heading towards the disputed South China Sea, where a U.S. carrier group is currently operating. Taiwan's Deputy Defence Minister Chang Che-ping told parliament the Chinese carrier's movements were being closely followed, and described its drills as routine.
A person familiar with Taiwan's security planning told Reuters the carrier group was still "near the Japanese islands", declining to disclose the exact location. Japan said on Sunday that the carrier group entered the Pacific after sailing through the Miyako Strait, through Japan's southern Ryukyu island chain northeast of Taiwan.
Washington, Taiwan's most important international backer and arms supplier, has been pushing Taipei to modernise its military so it can become a "porcupine", hard for China to attack. Wu said Taiwan was determined to improve its military capabilities and spend more on defence. "The defence of Taiwan is our responsibility. We will try every way we can to improve our defence capability."
Taiwan's Defence Ministry said it will run eight days of computer-aided war games this month, simulating a Chinese attack. A second phase, including live-fire drills and anti-landing drills, will take place in July, when hospitals would also practice handling mass casualties.
"The drills are designed based on the toughest enemy threats, simulating all possible scenarios on an enemy invasion on Taiwan," Major General Liu Yu-Ping told reporters.
Asked if Washington's de facto embassy, the American Institute in Taiwan, would send representatives to the drills, Liu said such a plan was "discussed" but "will not be implemented", citing military sensitivity.