EU summit turns up the heat on Astrazeneca 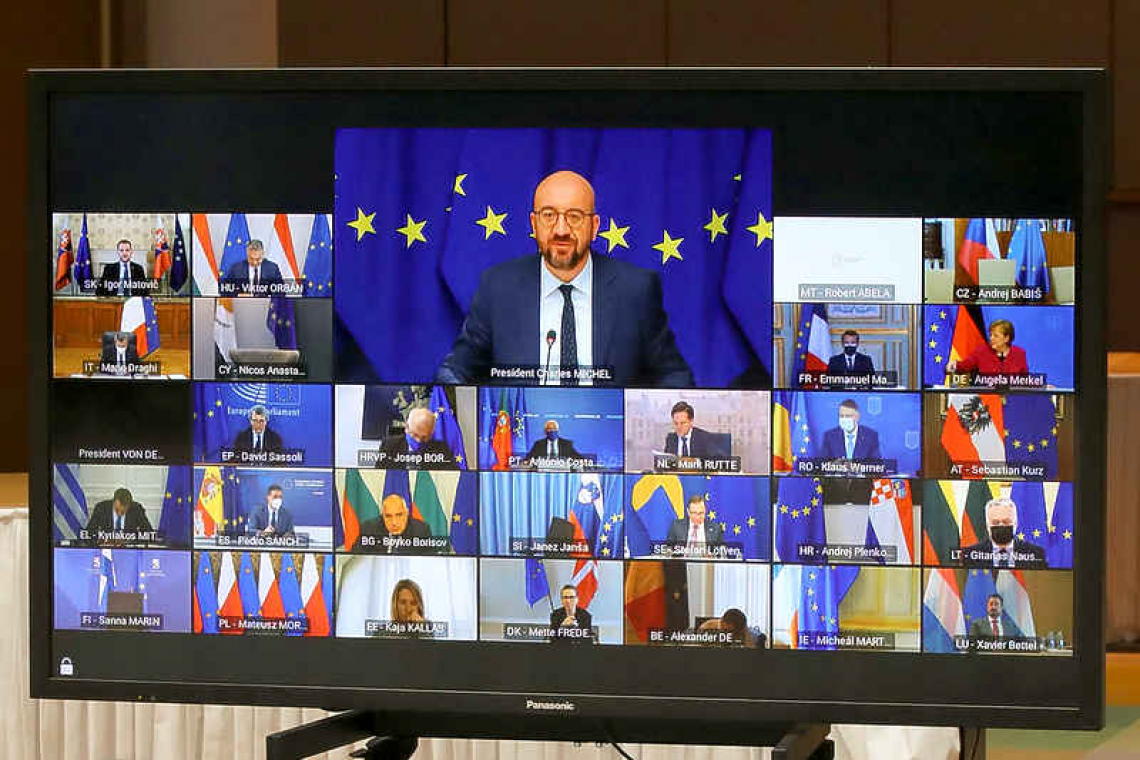 BRUSSELS--EU leaders voiced frustration on Thursday over a massive shortfall in contracted deliveries of AstraZeneca COVID-19 vaccines, as a third wave of infections surged across Europe.

With inoculation programmes running far behind those of Britain and the United States, the bloc's executive warned that vaccine exports by the British-Swedish company would be blocked until it delivers the shots it promised to the EU.
"We have to and want to explain to our European citizens that they get their fair share," European Commission President Ursula von der Leyen told a news conference after a video-conference summit of the European Union's leaders.
"The company has to catch up, has to honour the contract it has with the European member states, before it can engage again in exporting vaccines," she said.
Of 300 million doses due to be delivered to EU countries by the end of June, Astrazeneca aims to deliver only 100 million. That has contributed to a stuttering start to vaccination rollouts. As of March 23, Britain had administered nearly 46 shots for every 100 people, compared with under 14 per 100 in the 27-nation bloc it left last year, according to figures compiled by website Our World In Data.
This week, the European Commission unveiled plans to tighten oversight of vaccine exports. This would allow greater scope to block shipments to countries with higher inoculation rates.
The EU is divided over whether to take a tougher line on vaccine exports by companies that do not meet contractual commitments. French President Emmanuel Macron made it clear he was fully behind it.
"It's the end of naivety," he told a news conference after the summit. "I support the fact that we must block all exports for as long as some drug companies don't respect their commitments with Europeans."
Europe's troubled vaccine rollout has led to a quarrel with Britain, which has imported 21 million doses made in the EU, according to an EU official. Britain says it did a better job negotiating with manufacturers and arranging supply chains. The EU says it should share more, notably to help make up the shortfall in contracted deliveries of AstraZeneca shots.
Brussels and London sought to cool tensions on Wednesday, declaring they were working "to create a win-win situation and expand vaccine supply for all our citizens."
Highlighting the EU's difficulties, U.S. biotech Novavax is delaying signing a contract to supply its vaccine to the bloc, an EU official told Reuters on Thursday, due to problems sourcing some raw materials.
Dutch Prime Minister Mark Rutte said he and other leaders hoped the stricter approach to vaccine exports would not be applied, and warned of "broader consequences" if it is. Von der Leyen, seeking to counter accusations that the EU's threat of export blocks amounted to "vaccine nationalism", presented slides showing that 77 million vaccine doses had been shipped from EU plants to over 40 countries since the start of December.
She said the EU would still hit its target to have 70% of adults inoculated by the summer and noted that, although a third wave of infections was underway, mortality increases were slower than the spread of the virus due to vaccinations of the elderly.