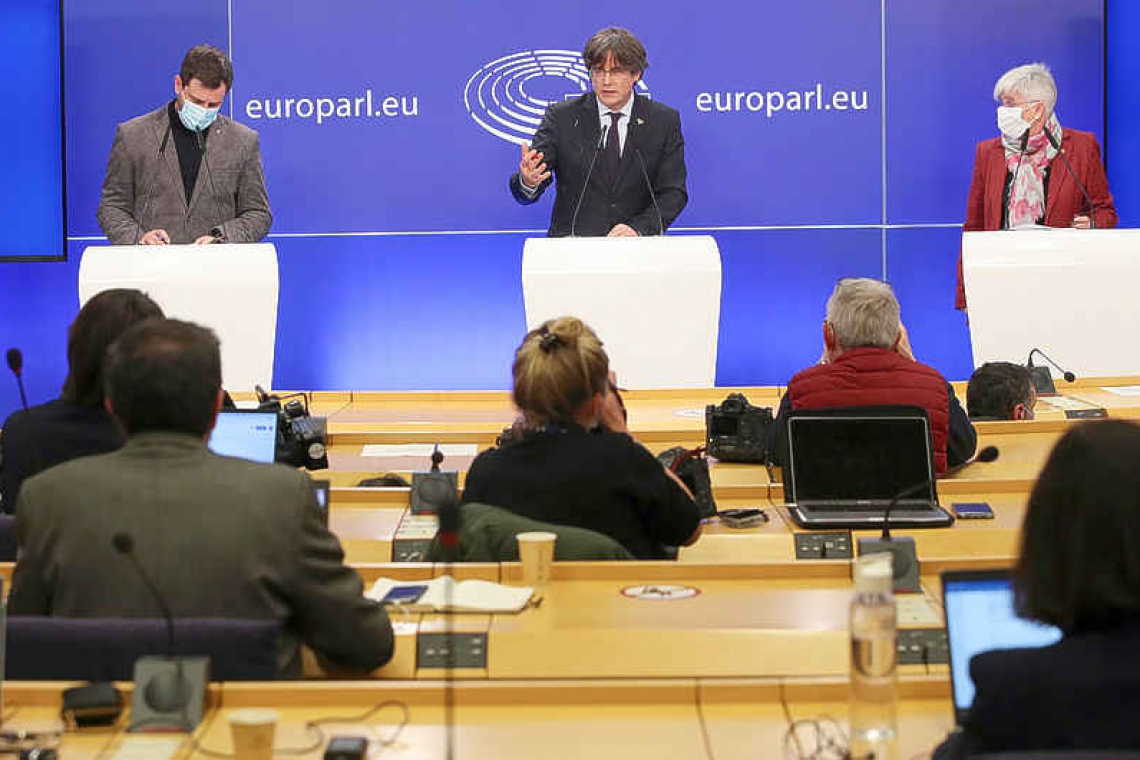 BRUSSELS/BARCELONA--The European Parliament has voted to waive the immunity of the former head of Catalonia's regional government and two other separatist lawmakers, taking them a step closer to extradition to Spain, where they are charged with sedition.

The chamber announced on Tuesday that EU lawmakers had voted clearly in favour of stripping the immunity from prosecution of Carles Puigdemont and two former cabinet members, Toni Comin and Clara Ponsati.
The three told a news conference at the parliament in Brussels that they would appeal against the vote at the European Union's top court, a move that could extend legal proceedings for at least a year. Ponsati said they had strong legal grounds.
"It's a sad day for the European Parliament. We have lost our immunity, but the European Parliament has lost even more than that, as a result it has also lost European democracy," Puigdemont said.
Puigdemont and Comin, who are in self-imposed exile in Belgium, formally became members of the European Parliament in June 2019, while Ponsati, who is in Scotland, was officially a member from January 2020. All are subject to European arrest warrants issued by Spain which is seeking their extradition related to their role in organising a 2017 independence referendum deemed illegal by a Spanish court.
The referendum brought on Spain's biggest political crisis in decades and was followed by a unilateral declaration of independence by the Catalan parliament in October 2017, which prompted the central government to impose direct rule from Madrid and authorities to arrest separatist leaders.
Nine of them were convicted in Spain of the same charge of sedition in 2019 and sentenced to up to 13 years in prison. Belgium has so far denied Spain's extradition requests. A court in January refused to extradite Lluis Puig, another separatist former member of the Catalan government living in Belgium, over charges of misuse of public funds.
Puigdemont has also been charged with misuse of public funds.
Spanish Foreign Minister Arancha Gonzalez Laya said the parliament's decision was a sign of "respect for the work of the Spanish justice system". A European lawmaker cannot use his position to "protect himself from appearing in a national court," she said.
"Problems in Catalonia are solved in Spain, not in Europe," she said, defending a solution through dialogue.
Puigdemont's party, Junts, tweeted that the conflict had stopped being an internal affair. "We have brought it to the heart of Europe to continue denouncing the repression and political persecution of the Spanish state," it said.
The European Parliament said the events pre-dated their election and it was for national judicial systems of EU countries to determine criminal proceedings.