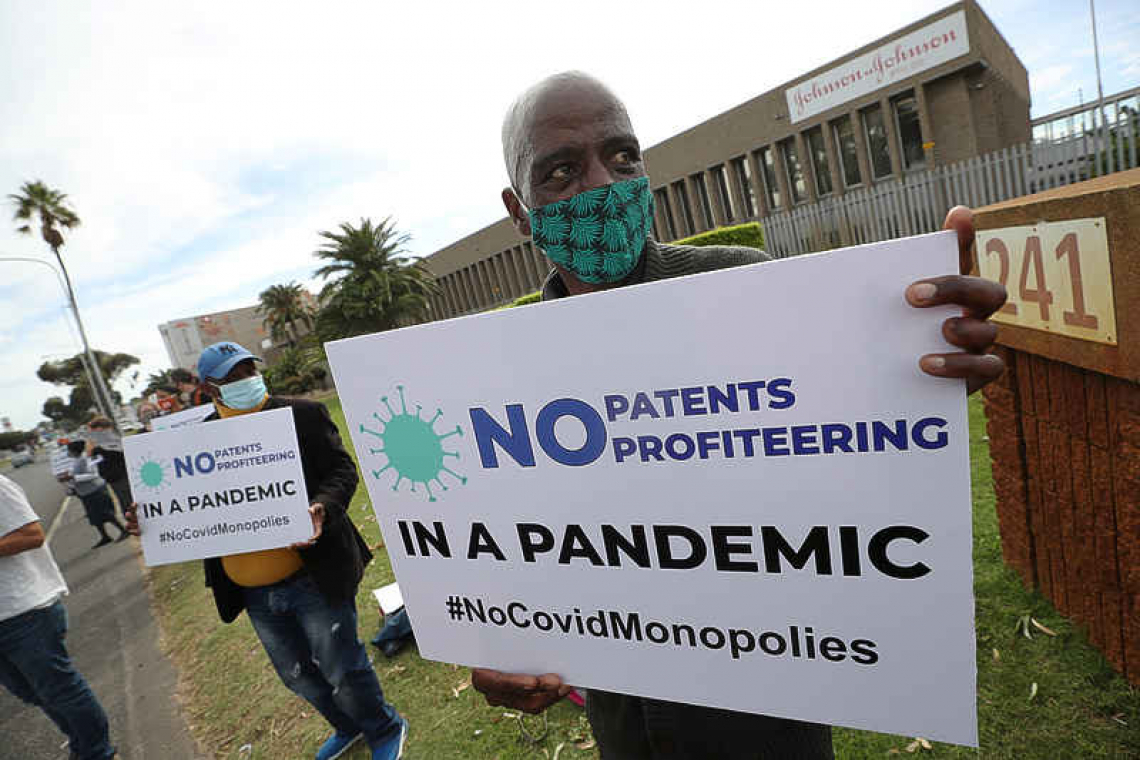 NAIROBI, Kenya--Charities in Africa slammed rich nations on Thursday for blocking efforts to waive patents for COVID-19 vaccines, saying this would prolong the pandemic for years in poorer nations and push millions across the continent deeper into poverty.

More than 40 charities, including Amnesty International and Christian Aid, said Wednesday's move by Western nations to prevent generic or other manufacturers making more vaccines in poorer nations was "an affront on people's right to healthcare."
Peter Kamalingin, Oxfam International's Africa director, said sub-Saharan Africa - 14% of the global population - had received only 0.2% of 300 million vaccine doses administered worldwide.
"Ensuring every African can get a safe and effective COVID-19 vaccine ... is the most effective way to save lives and livelihoods, keep our children in school, reduce unemployment rates and re-open our economies," he told a news conference. "Without it, gains made by African countries on issues of food security, democratic governance, gender justice and women's rights will be reversed completely."
Richer members of the World Trade Organization (WTO) blocked a push by some 80 developing countries - led by India and South Africa - to waive its Trade-Related Aspects of Intellectual Property (TRIPS) agreement rules on patents. The move sent a message that African lives were less important than those of people in rich nations, Kamalingin said.
Countries such as the United States and Britain argue that protecting intellectual property rights encourages research and innovation, and that suspending those rights would not result in a sudden surge of vaccine supply.
Africa's confirmed coronavirus caseload is almost 4 million, with more than 100,000 deaths, according to the Africa Centres for Disease Control and Prevention. While Africa accounts for less than 4% of the 118 million cases and 2.6 million deaths recorded globally, health experts say a lack of testing and reliable data from many African nations means the true figures may be far higher.
The World Bank estimates that the new coronavirus crisis has already pushed 40 million people in sub-Saharan economies into extreme poverty, that is, living on less than $1.90 a day. Africa needs equitable access to vaccines to prevent further lockdowns, job losses and school closures, said the charities, which included the Pan-African Fight Inequality Alliance and the East Africa Tax and Governance Network.
"Without the vaccine, the pandemic will be prolonged on the continent. Africa will be in a pandemic state for the next four or five years," warned Mwanahamisi Singano, programme manager from the African Women's Development and Communication Network. "If we don't have the vaccine, we are extending the pandemic phase and all the evil that we have seen come with it."