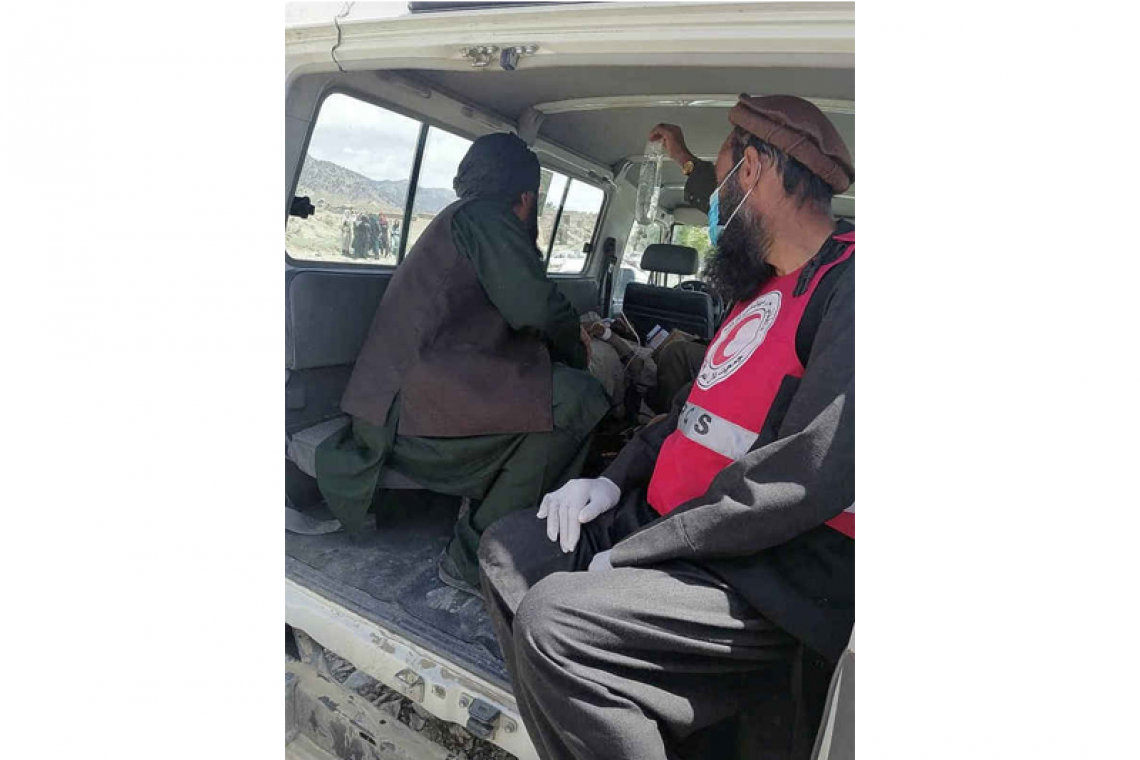 KABUL--The death toll from an earthquake in Afghanistan on Wednesday hit 1,000, disaster management officials said, with more than 600 injured and the toll expected to grow as information trickles in from remote mountain villages.

Houses were reduced to rubble and bodies swathed in blankets lay on the ground after the magnitude 6.1 earthquake, photographs on Afghan media showed.
An unknown number of people remained stuck under rubble and in outlying areas, health and aid workers said, and rescue operations were complicated by difficult conditions including heavy rains, landslides and many villages being nestled in inaccessible hillside areas.
"Many people are still buried under the soil. The rescue teams of the Islamic Emirate have arrived and with the help of local people are trying to take out the dead and injured," a health worker at a hospital in the hard-hit Paktika province said, asking for anonymity as he was not authorised to speak to media.
Mounting a rescue operation will prove a major test for the hard-line Islamist Taliban authorities, who took over the country last August after two decades of war and have been cut off from much international assistance because of sanctions. The Taliban-led ministry of defence is leading rescue efforts.
Loretta Hieber Girardet from the United Nations' disaster risk reduction office said efforts to provide relief and save people trapped under rubble would face huge challenges due to the terrain and weather. "The roads are poor even at the best of times so having a humanitarian operation put in place is going to be immediately challenged by the lack of easy access to the area," she said, adding that rain combined with the tremor created a further risk of landslides for humanitarian workers.
The U.N. humanitarian office said it was deploying medical health teams and providing medical supplies. Interior ministry official Salahuddin Ayubi said the death toll was likely to rise "as some of the villages are in remote areas in the mountains and it will take some time to collect details."
Wednesday's quake was the deadliest in Afghanistan since 2002. It struck about 44 km (27 miles) from the southeastern city of Khost, near the border with Pakistan, the U.S. Geological Survey (USGS) said.
Shaking was felt by about 119 million people in Pakistan, Afghanistan and India, the European-Mediterranean Seismological Centre (EMSC) said on Twitter, but there were no immediate reports of damage or casualties in Pakistan. The EMSC put the earthquake's magnitude at 6.1, though the USGC said it was 5.9.