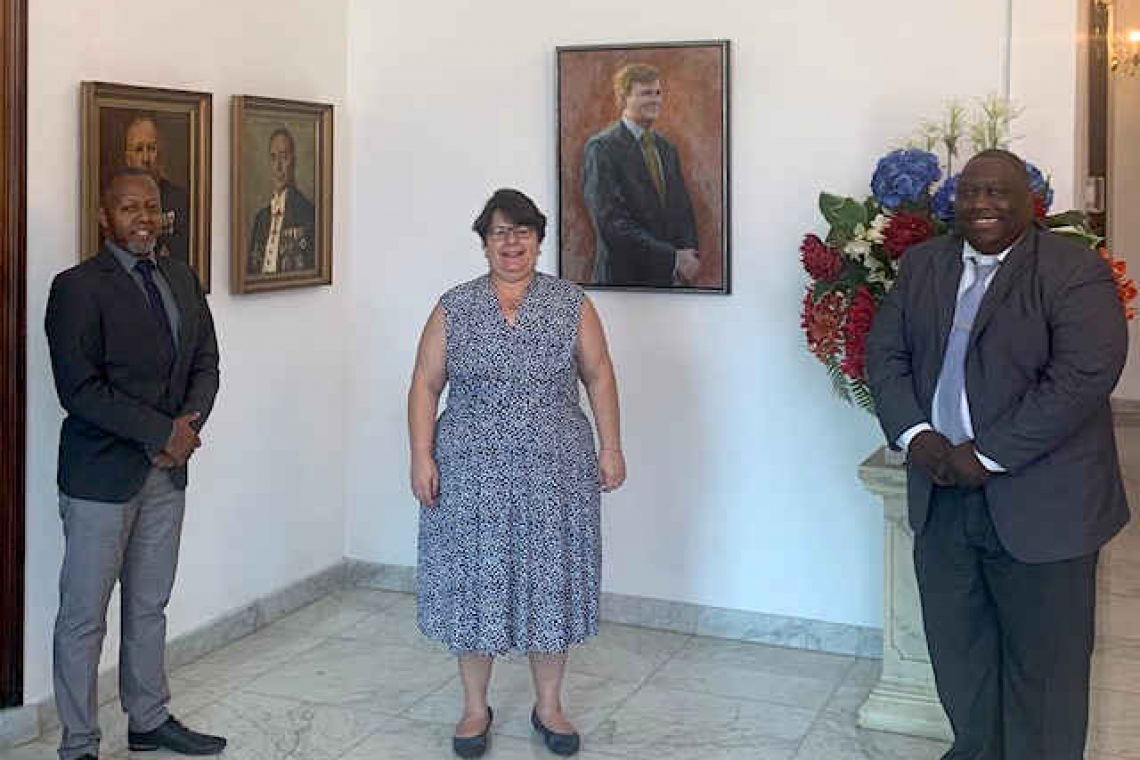 WILLEMSTAD--Curaçao’s Security Service VDC has a new director. Jerome Beeldsnijder was appointed per September 15 and recently made an introductory visit to Deputy Governor Michèle Russel-Capriles.

VDC was left without a director when Michael Römer departed in May 2017. Since then, an interim management team has been in charge.

In early 2019, Prime Minister Eugene Rhuggenaath said a reorganisation was taking place at the intelligence agency.

Beeldsnijder used to be acting head of the Security Service in St. Maarten VDSM. He started his career with the Royal Netherlands Army.

At the meeting with the acting governor, the new director was accompanied by the former chairman of the interim management team Ademar Doran.