We thought too big, Renault admits as it axes 15,000 jobs 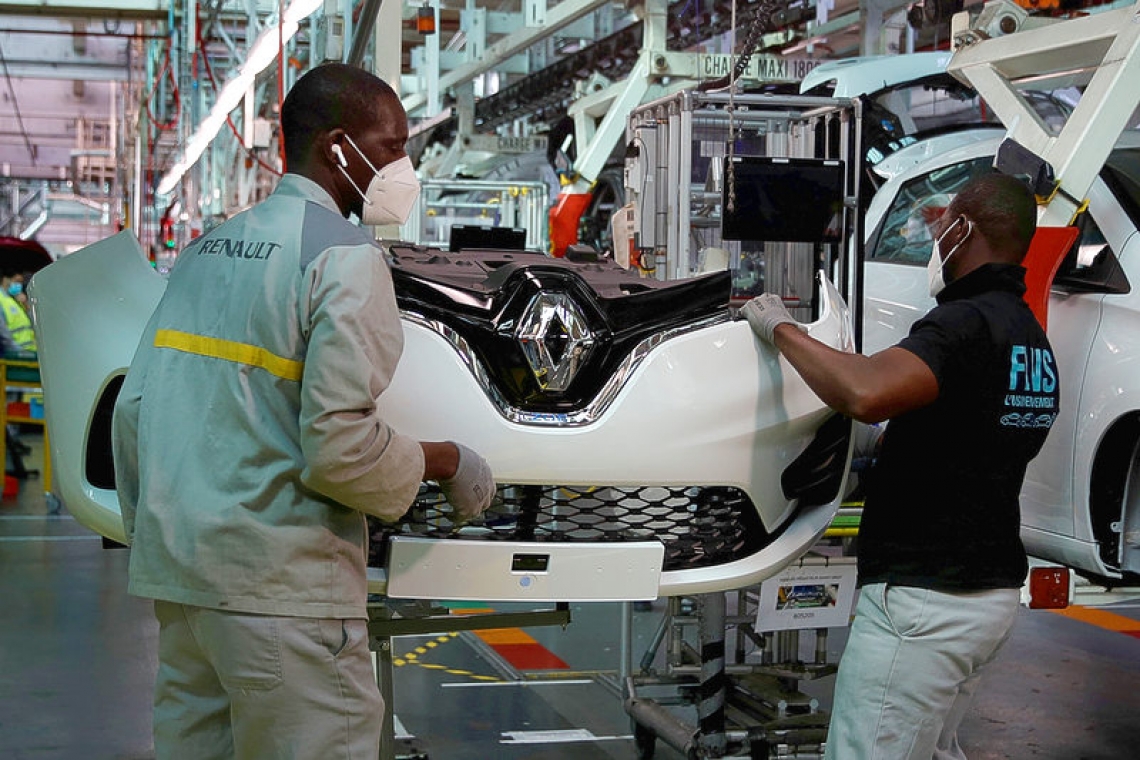 PARIS--Renault acknowledged that its global ambitions had been unrealistic, announcing plans to cut about 15,000 jobs, shrink production and restructure French plants as it pressed the reset button and sought to banish the spectre of Carlos Ghosn.

Faced with a slump in demand that has been exacerbated by the coronavirus pandemic, the French carmaker detailed plans on Friday to find 2 billion euros ($2.22 billion) in savings over the next three years.
"We thought too big in terms of sales," said interim Chief Executive Clotilde Delbos, adding the company was "coming back to its bases" after investing and spending too much in recent years.
Renault was under pressure even before COVID-19 hit, posting its first loss in a decade in 2019, and has said nothing would be "taboo" as it reviews its business. It plans to trim its global capacity to 3.3 million vehicles in 2024 from 4 million now, focusing on its most profitable models and areas such as electric cars while freezing manufacturing expansion in countries like Romania.
Renault, like its Japanese alliance partner Nissan, is rowing back on an aggressive expansion plan pursued by Ghosn, its former boss-turned-fugitive, who is wanted on charges of financial misconduct in Tokyo. Ghosn denies the charges.
"The mindset has completely changed. The previous line was volumes and sales and being the first on the podium," Delbos said. "We're not looking to be on top of the world, what we want is a sustainable and profitable company."
The company, due to bring ex-Volkswagen executive Luca de Meo on board as CEO in July, said it would cut costs by reducing the number of subcontractors in areas such as engineering and the number of components it uses, as well as shrinking gearbox manufacturing worldwide.
Delbos ruled out the need for a rights issue, saying Renault was close to sealing a 5 billion-euro credit line guaranteed by the French government. Renault shares were down 5.3% by 1223 GMT, the worst-performing stock on France's blue-chip index.
Renault, which is 15% owned by the French state, faces the most sensitive restructuring measures in its home country, which will shoulder almost a third of the global job cuts and faces potential plant closures. The carmaker said it was in talks with unions. Six sites out of Renault's 14 plants in France - including a component factory in Brittany and the Dieppe factory where the group's Alpine cars are made - will be under review, though most changes would take effect after 2022, Delbos said.
Some of the six plants like the one in Flins, close to Paris, where it makes its electric Zoe models, could cease to assemble cars and centre on recycling activities instead, the company said.
The government has said it will not sign off on the state-backed loan until management and unions conclude talks over jobs and factories in France. It is seeking more clarity on how some big factories will be reorganised and further guarantees on jobs before it gives the green light, according to a source familiar with the matter.
In all, just under 10% of Renault's global workforce will be affected by layoffs, and restructuring measures will cost 1.2 billion euros. There will be about 4,600 job cuts in France, though Renault said it would prioritise employment transfers, voluntary departures and retirement schemes.
French unions expressed frustration. "This plan is unbalanced, at the expense of French activities," the moderate CFDT union said on Friday, adding that other countries had been less affected.
Renault is still struggling to move on from the scandal involving Ghosn, which strained its relations with alliance partner Nissan and paralysed joint projects. Ghosn, who ran Renault and was the chief architect of the alliance, was arrested in Japan in late 2018 on financial misconduct charges, but fled to Lebanon in December last year. He has denied wrongdoing and hit out at his past employers.
Renault and Nissan have been hit hard by the pandemic just as they were trying to rework their partnership. Nissan this week also outlined a plan to become smaller and more efficient.