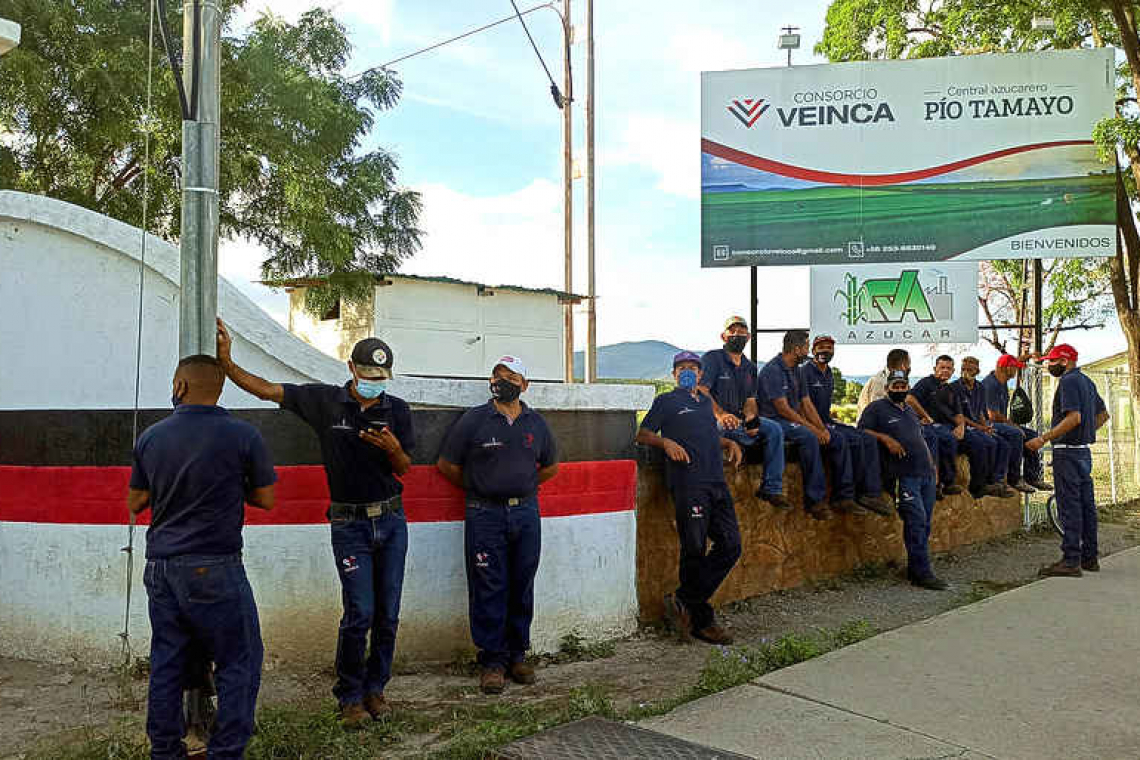 CARACAS--Venezuela's government is allowing private firms to run at least 13 food companies that were nationalized a decade ago, according to a dozen people familiar with the situation, an effort meant to improve operations that suffered under state management.

The government of President Nicolas Maduro has maintained ownership of struggling firms that produce food ranging from corn flour and dairy products to canned tuna and seeds, but has licensed the operations to third parties in exchange for payment, according to the sources and documents seen by Reuters.
It is another instance of how Maduro has rolled back key elements of the state-led economic model of his predecessor Hugo Chavez, as part of economic liberalization that began in 2019 in response to U.S. sanctions and an economic collapse. But the shift appears unlikely to dramatically change agricultural productivity following a decade of underinvestment and an economy in tatters from years of hyperinflation, economists.
"With the economic crisis, the management model is being changed to increase income or reduce state spending," said economist Richard Obuchi, director of local consulting firm ODH. "Government control has been losing its meaning."
The private operators must assume payroll costs and finance investments, and allocate part of their output to state food distribution programmes, the sources said.
One of the companies now under private administration is corn-flour manufacturer Industria Venezolana Maicera Pronutricos, which was nationalized 11 years ago. This year, its operations were leased for five years to a firm called Alimentos El Maizal for the equivalent of around $16,000 per month, according to a copy of the agreement seen by Reuters.
These arrangements are covered by an "anti-blockade law" meant to revamp the economy in response to sanctions. The law was approved in 2020 by a parallel pro-government legislature called the National Constituent Assembly, which was dissolved in December.
State officials describe the arrangements as rentals of industrial facilities or sometimes as "strategic alliances."
"Strategic alliances are created so that (private companies) are the ones who manage the (state-owned companies)," said Rafael Calles, governor of the agricultural state of Portuguesa, in an interview. "None of these alliances involve sales of shares. The company continues to be in the hands of the state."
He said Portuguesa receives around $60,000 per month from companies that operate nationalized firms, adding the funds pay for the purchase of water pumps and electrical transformers. The information ministry, the agriculture ministry, Pronutricos and Alimentos El Maizal did not respond to requests for comment.
Chavez in 2007 began a wave of nationalizations that put hundreds of companies under state control in sectors described as "strategic," which ranged from oil industry operations to agriculture companies and food processing firms. Those companies suffered from rampant corruption as well as price controls that minimized revenue, often leaving them dependent on government funding.
The outsourcing scheme has not always worked. Agropatria, which sells seeds and agricultural inputs, has put offices in two states under private management, according to two sources, who said the company still struggles to deliver products that farmers need. Agropatria did not reply to a request for comment.
Four sugar mills located in the agricultural heartland - part of a group of 10 nationalized in the Chavez era - remain idle despite having had operations contracted out to private companies. One of those is the Pio Tamayo mill, which has been under management by a firm called Consorcio Veinca since the first quarter of 2021. Its workers complain of stalled operations and late payment of wages.
"They were going to invest in the facilities and in raw materials, which has not happened," said employee Noel Quetel in an interview.