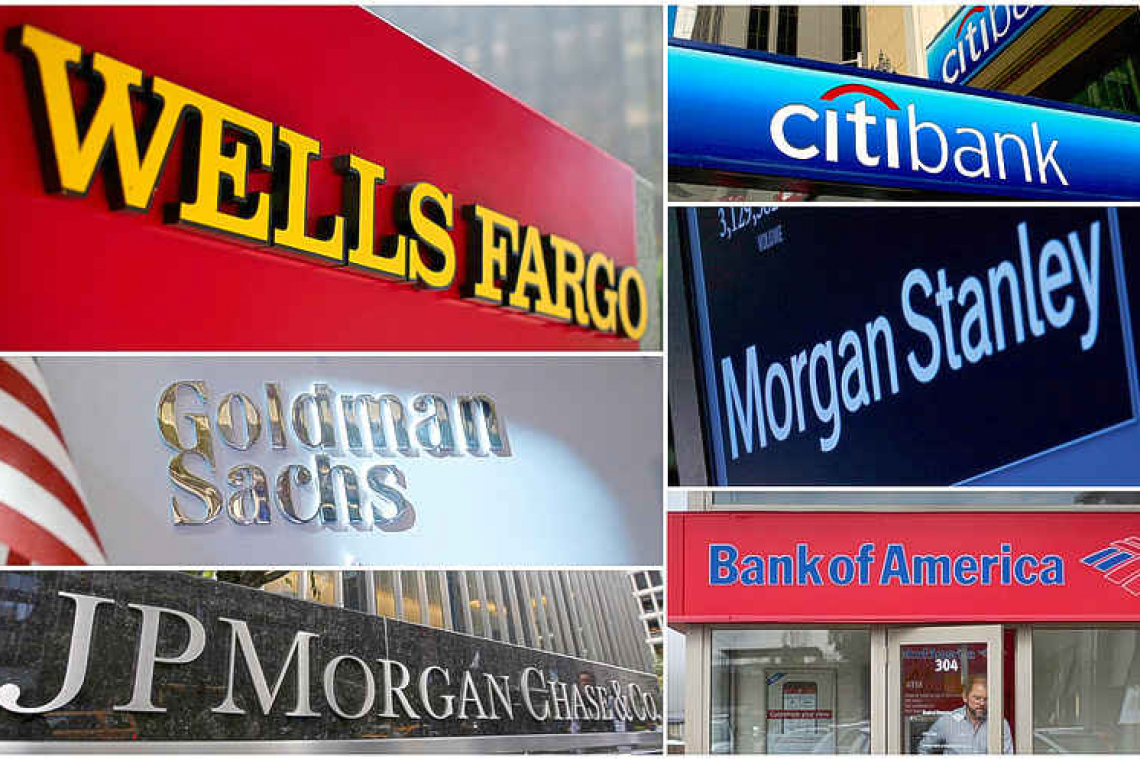 WASHINGTON--Large U.S. banks are optimistic they will receive a clean bill of health from the Federal Reserve this week, freeing them up to distribute billions of dollars in excess capital to investors.

The central bank on Thursday will release the results of its annual bank "stress tests" which assess how much capital banks would need to withstand a severe economic downturn. The annual exercise, introduced following the 2007-2009 financial crisis, is integral to banks' capital planning, dictating how much cash they can return to shareholders in the form of dividends and share buybacks.
Analysts and executives say lenders are well-positioned for the 2022 test, as the economic stresses of the COVID-19 pandemic fade and lenders become more adept at navigating the exam. "All should pass," analysts at Barclays wrote in a note on Thursday. "We also expect almost every bank involved to hike its dividend this year and next."
Banks have performed well in tests in recent years, which included supplemental exams introduced amid the pandemic-induced economic turmoil. Last year, the Fed found banks would suffer a combined $474 billion in losses in a severe downturn, but that would still leave them with more than twice as much capital required under Fed rules.
Still, analysts expect this year's test to be tougher than the 2021 exercise and for bank buffers to be slightly higher as a result. That's because the test gets harder as the real economy grows stronger, while banks have also shrunk cushions they had put aside for pandemic losses which did not materialize. This year, the Fed's "severely adverse" scenario envisages the unemployment rate jumping 5.75 percentage points, compared with 4 percentage points in 2021.
How well a bank performs dictates the size of its "stress capital buffer" - an extra cushion of capital the Fed requires for banks to weather the hypothetical economic downturn, on top of regulatory minimums required to support daily business. The larger the losses under the test, the larger the buffer.
Credit Suisse analysts project on average that buffer will be 3.3%, compared with 3.2% last year. "There may be more stress, but there ought to be ample excess capital to render this manageable," they wrote.
Top bank executives struck a relaxed tone on the tests during a New York conference hosted by Morgan Stanley last week. "It's possible our stress capital buffer goes up, given the scenario that we had to deal with. And we're well positioned to deal with it," Wells Fargo & Co. chief financial officer Mike Santomassimo told investors and analysts.
Speaking at the same event, Morgan Stanley chief executive James Gorman said he'd be "surprised" if the bank's capital numbers were "meaningfully different."
That equanimity may not last. This year's test is relatively straight-forward partly because the Fed has not had a Vice Chair for Supervision since Randal Quarles stepped down last year. Appointed by former U.S. President Donald Trump, a Republican, Quarles streamlined the stress test process in response to industry gripes that it was often opaque and subjective.
Many analysts expect the Fed to revisit those changes once Michael Barr, Democratic President Joe Biden's nominee to replace Quarles, is confirmed by the Senate. Barr could restore a requirement that banks must pre-fund nine quarters of expected dividend payments as part of their capital planning, which Quarles had trimmed to four quarters.
He could also undo steps Quarles took to make the tests more predictable, such as providing more information about the Fed's models and scrapping the central bank's ability to flunk lenders on subjective concerns, such as risk management lapses.