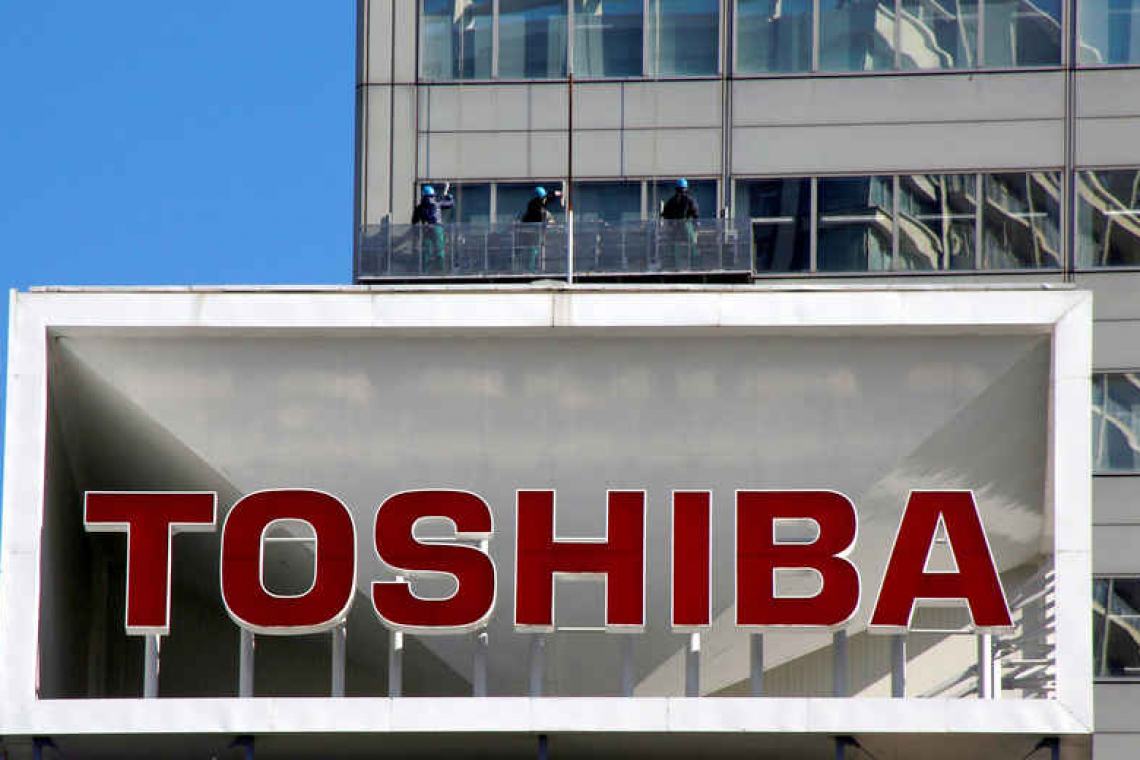 TOKYO--Toshiba Corp and Japan's government colluded to lean on foreign investors to back company management in a key vote, according to an investigation which alleged one executive said they would ask the trade ministry to "beat up" a hedge fund.

The shareholder-commissioned report released on Thursday also said that Yoshihide Suga - then chief cabinet secretary and now prime minister - verbally encouraged the pressure on investors during a meeting with a senior Toshiba executive last year, an allegation Suga has denied.
Toshiba is of strategic importance to Tokyo as a maker of nuclear reactors and defence equipment. The probe's findings mark an explosive turn in a long battle between the Japanese company's management and foreign shareholders, which include activist investors and Harvard University's endowment fund.
The report, written by independent investigators, says Toshiba's management reached out to the Ministry of Economy, Trade and Industry (METI) for support ahead of its annual general meeting last July, to counter activist investors. The management "worked closely" with the ministry to exert "undue influence on some shareholders" including an attempt to force Effissimo Capital Management to withdraw its candidate nominations, according to the probe.
Singapore-based Effissimo, Toshiba's top shareholder, had nominated three candidates, including its own co-founder, as directors. Ultimately none were elected.
The investigators detailed one email among top Toshiba managers about Effissimo in which an executive said: "We will ask METI to beat them up for a while."
Contacted by Reuters, METI said it was aware of the report and was looking into its contents. Toshiba said it would "carefully review" the report and comment at a later date.
An Effissimo spokesperson said it was looking at the report, but declined to comment further.
Once a crown jewel of corporate Japan, Toshiba was battered by accounting scandals that stretch back to 2015 and massive writedowns for its U.S. nuclear business as well as the sale of its semiconductor unit, leaving it a shadow of its former self.
The report was commissioned by shareholders, who voted in March for an independent investigation into allegations investors had come under pressure from the company. That vote was seen as a watershed moment for shareholder activism in Japan.
The investigators also allege that Suga encouraged the pressure on Toshiba investors in a breakfast meeting with a senior company executive last July. "If we are aggressive, we can get them" with foreign ownership rules, Suga allegedly told the executive, referring to rules introduced in 2020 and designed to protect industries critical to Japan's national security.
Asked about his alleged comment, Suga told reporters: "I am absolutely not aware of that. There was nothing of that sort."
The allegations of METI's intervention - previously reported by Reuters - are likely to raise doubts about Japan's commitment to improving governance and drawing more foreign investors, goals set by former Prime Minister Shinzo Abe. The probe found Toshiba had "devised a plan to effectively prevent shareholders from exercising their shareholder proposal right and voting rights," by putting undue influence on Effissimo, the Harvard fund and another fund, 3D Investment Partners.
The ministry was said to have contacted Singapore-based 3D to warn it against "barbecuing next to your neighbour when there is a big fire," in an apparent suggestion it should refrain from backing Effissimo's proposals, the report said.