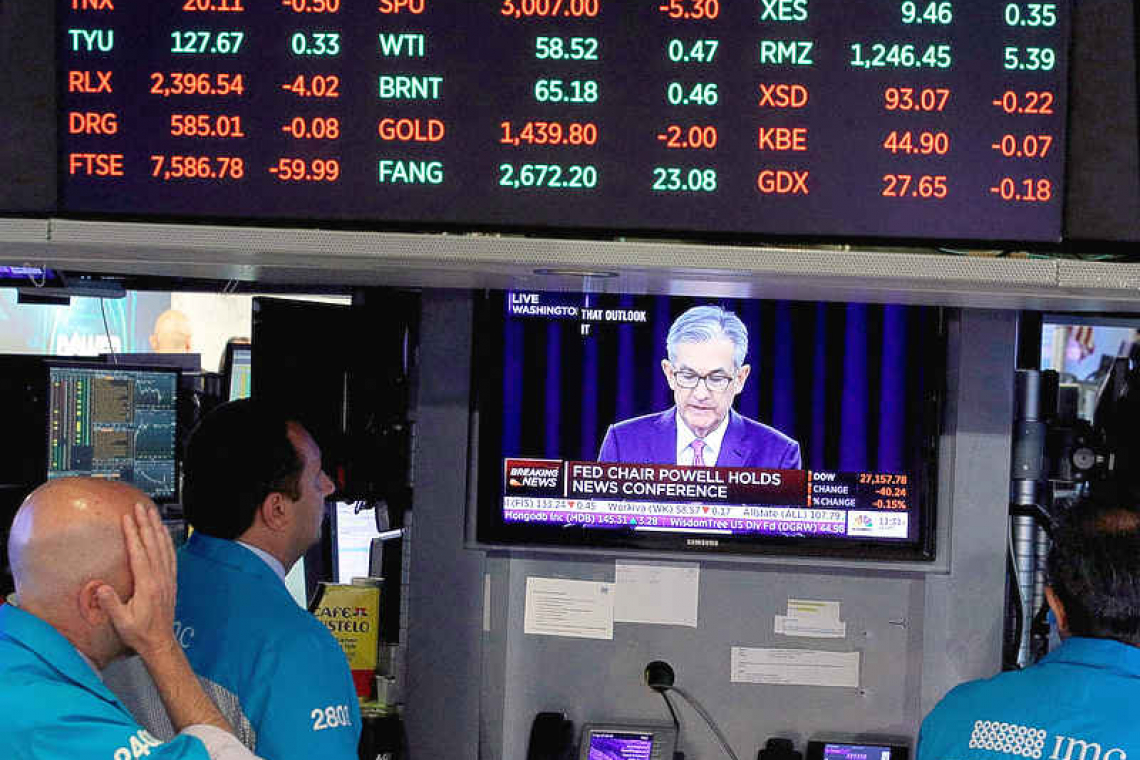 LONDON--Risks of a new COVID hit to economic activity are clobbering expectations for rate hikes next year from the world's major central banks, a potential setback for the dollar and other currencies where wagers had been most aggressive.

Money markets no longer fully price a 25-basis-point interest rate rise by the Federal Reserve by June 2022, nor are they positioned for a full 10-bps hike from the European Central Bank by the end of 2022, as they were just a few days ago. And the chances of the Bank of England raising rates next month are seen around 53%, from 75% on Thursday.
Those shifts come after the detection of a new coronavirus variant in South Africa triggered stricter border controls from several governments, as scientists sought to determine if the mutation was vaccine-resistant. "While central bank commentary has been focused on upside risks to inflation, this (new COVID variant) highlights that there are significant downside risks and we are in a significant phase of uncertainty for the economy," said Chris Scicluna, head of economic research at Daiwa.
In an echo of the panic that swept markets when COVID was spreading early last year, oil prices slid over 6% on Friday, travel industry shares notched up falls of 6% or more and two-year U.S. Treasury yields fell 12 bps in their biggest daily drop since March 2020.
Currency traders had been favouring the U.S. dollar and others where rate hike prospects appeared strong, driven by higher inflation and stronger economies. Now a shake-out appears on the cards.
The dollar index had hit 17-month highs after President Joe Biden said on Monday he would nominate Fed Chairman Jerome Powell to a second term. Then, minutes of the Fed's Nov. 2-3 meeting showed more policymakers open to speeding up the tapering of asset purchases and raising rates. So with three 25 basis-point Fed increases factored in for 2022, speculators accumulated a $20 billion "long" position in the dollar, data from the U.S. CFTC showed.
Positioning on yen, Swiss franc and euro meanwhile has been bearish, reflecting the view policy tightening is distant for those countries. If the new COVID variant has indeed disrupted Fed policy, "the dollar may be a bit more vulnerable than the euro because we are already talking of two-three rate hikes next year from the Fed," Francesco Pesole, FX strategist at ING Bank said.
The sharp yield drop on 2-year Treasury notes -- a bond segment particularly sensitive to interest rate changes -- pushed its yield premium over Germany 10 bps lower. Unsurprisingly, the yen and Swiss franc gained over 1% versus the dollar while the euro shot up 0.75% in one of its biggest daily jumps of this year.
Some saw the moves as a reality check. UBS Investment Bank chief economist Arend Kapteyn said while confidence in improving U.S. labour markets could fade if a new variant takes hold, it was still early days in terms of gauging the impact.
But he added that "the market had gotten too far ahead of itself in terms of pricing a shortened taper window and multiple hikes next year."
The new variant may also complicate the task for central banks if it worsens the supply chain delays that are partly blamed for stoking inflation. Britain, where inflation has hit 10-year highs, had some 70 bps of policy-tightening priced by mid-2022, despite a lacklustre economic recovery. But on Friday, sterling fell 0.6% against the euro; alongside the Kiwi, Aussie and Canadian dollars, the pound was most vulnerable to easing rate expectations, MUFG analysts predict.
In Europe, the new strain could strengthen the hand of doves on the ECB's Governing Council. While the ECB is expected to wind down its 1.85 trillion euro ($2.08 trillion) pandemic emergency stimulus scheme, Mizuho strategist Peter McCallum now sees a greater chance the programme gets extended beyond the March deadline.
That view resonated across southern European bond markets, the programme's biggest beneficiaries. Italy's 10-year borrowing costs slid under 1%, with the biggest daily fall in three weeks. "They (ECB) were saying that the European situation doesn't change the PEPP outcome but if there is a new variant requiring new vaccines that surely does change the picture," said McCallum.