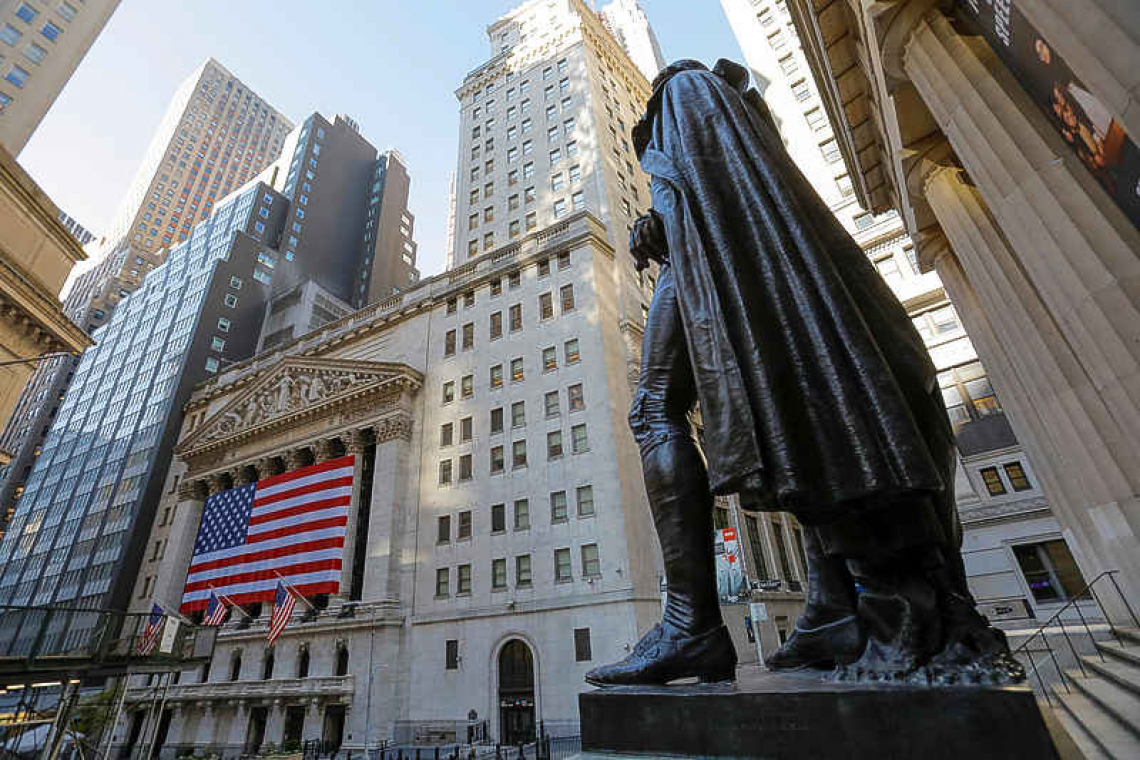 NEW YORK--Investors and financial executives took a big sigh of relief on Saturday after major networks declared Democrat Joe Biden winner of the U.S. presidential election, offering some certainty after days of conflicting reports about who might run the White House next term.

Although current President Donald Trump said he would fight the results in court, Wall Streeters who offered comments felt there was little doubt Biden would ultimately succeed. Election predictors including the Associated Press, NBC, Fox News and Edison Research, upon which Reuters relies, called the presidency for Biden.
"Biden is good news for the markets," Christopher Stanton, chief investment officer at Sunrise Capital Partners, said on Saturday. "We're all so tired of the whipsaw that came with the Trump tweets."
Major U.S. stock indexes registered their biggest weekly gains since April this week, as investors bet Biden would win and Republicans would hold onto the Senate. That scenario would create a steadier hand in the Oval Office and a Congress that would check left-leaning impulses on taxes or regulations that pinch companies, investors said.
However, there are lingering risks to asset prices in the days and weeks ahead. Republicans have already filed several lawsuits over ballot counting and Trump said his campaign will file more. The litigation could drag out election proceedings.
Investor focus also now turns to the Senate, which remains undecided ahead of two runoff elections in Georgia on Jan. 5. The significance of those races, which could potentially end up with the Democrats controlling all three of the White House, Senate and House of Representatives, means January is "the new November" in terms of election volatility risk, Michael Purves, founder and CEO of Tallbacken Capital, said in a note to clients. Purves said that was evident when looking at contracts for the stockmarket's fear gauge, the VIX, stretching out into the months ahead.
Beyond those battles, investors have been worried about the people Biden might appoint to his Cabinet. Some of those officials would be negotiating with Congress about a relief package and have extensive powers to craft Wall Street rules.
Current U.S. Federal Reserve governor and former McKinsey consultant Lael Brainard's name has been floated as a potential Treasury Secretary, while Biden has already tapped former derivatives market regulator and Goldman Sachs Group Inc banker Gary Gensler for advice on financial regulation.
For the moment, investors and prominent Wall Street figures said they were happy with the election finally being called after what seemed like unending tension as ballots were counted through the week.
"Now is a time for unity," JPMorgan Chase & Co Chief Executive Jamie Dimon said in a statement. "We must respect the results of the U.S. presidential election and, as we have with every election, honor the decision of the voters and support a peaceful transition of power."
Leon Cooperman, a billionaire former hedge fund manager who had previously criticized Democrats said he was pleased with the results. "It's a signal to the world that America has not changed its values," said Cooperman, of Omega Family Office. "That's a good thing in my view."
Robert Wolf, a major Democratic donor and former UBS Group AG executive who now runs 32 Advisors, was enthusiastic: "I am ecstatic, relieved and deeply hopeful for the future of this country," he said in a text message.
Billionaire investor Bill Ackman wrote on Twitter: "There comes a time in the battle when one should fold the tent," and urged: "Concede graciously and call for unity."
The financial industry was not reacting in a bubble: major cities from New York to San Francisco erupted in celebration on Saturday. Though Trump undoubtedly has significant support throughout the country, including on Wall Street, 2020 has been a difficult year for the United States.
The coronavirus pandemic has taken a huge toll on the country, killing some 236,250 people so far, while social unrest over the police killing of George Floyd, a Black man, has only hardened divisions that already existed. Many voters were hoping for a decisive election that would offer some calm, whichever candidate they cast ballots for.