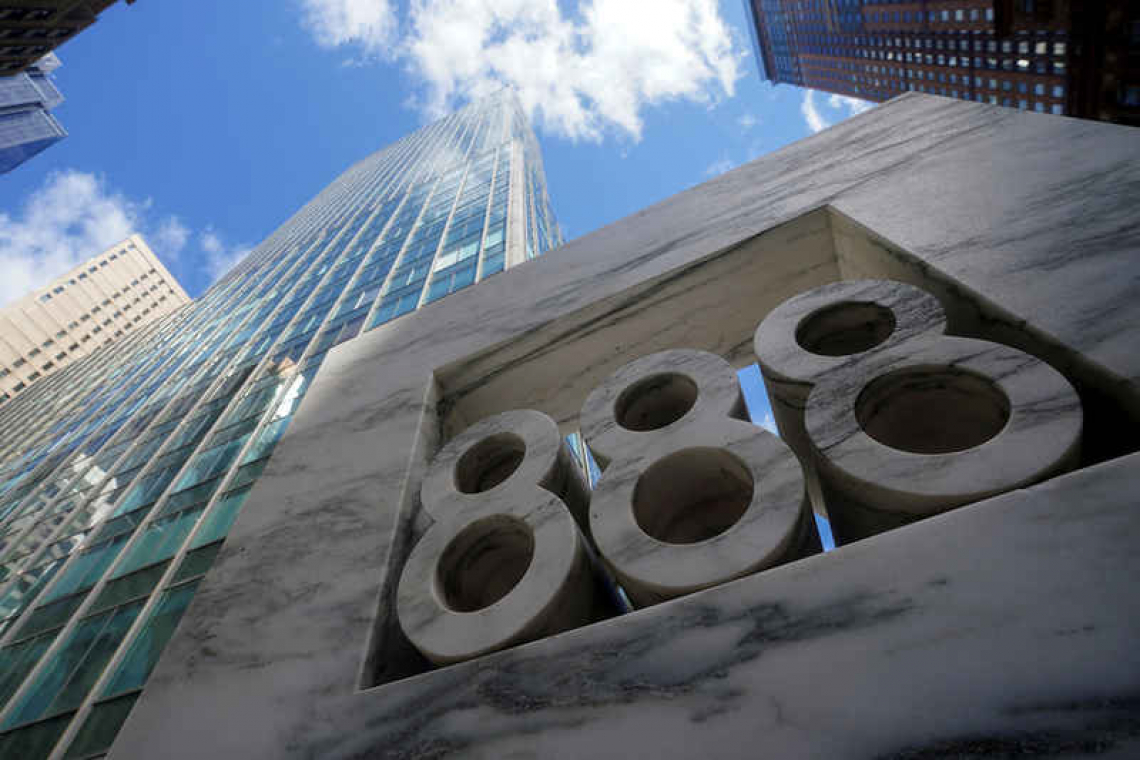 NEW YORK/ZURICH/TOKYO--Global banks may lose more than $6 billion from the downfall of Archegos Capital, sources familiar with trades involving the U.S. investment firm said on Monday, and regulators and investors fear the episode could reverberate more widely.

Japan's Nomura and Credit Suisse of Switzerland warned of major losses from lending to Archegos for equity derivatives trades, triggering a worldwide sell-off in banking stocks.
Morgan Stanley shares fell 2.6% and Goldman Sachs Group dropped 1.7%. Nomura shares closed down 16.3%, a record one-day drop, while Credit Suisse shares tumbled 14%, their biggest fall in a year. Deutsche Bank dropped 5% and UBS was off 3.8%.
Losses at Archegos Capital Management, a family office run by former Tiger Asia manager Bill Hwang, sparked a fire sale of stocks including ViacomCBS and Discovery on Friday, a source familiar with the matter said.
"This is a challenging time for the family office of Archegos Capital Management, our partners and employees," company spokesperson Karen Kessler said in a statement. "All plans are being discussed as Mr. Hwang and the team determine the best path forward."
Archegos was unable to meet banks' calls for more collateral to secure equity swap trades they had partly financed. After those positions fell sharply in value, lenders sold big blocks of securities to recoup what they were owed, the sources said.
"When you have people making certain bets based on what has outperformed in the past and the tide turns they get burned. The question is how much leverage they used," said Richard Bernstein, chief executive of Richard Bernstein Advisors.
The problems started last week when a disappointing stock sale by media giant ViacomCBS triggered devastating bank margin calls for Archegos, three sources familiar with the matter said on Monday. Shares in ViacomCBS fell 23% last Wednesday after the media company sold shares at a price which diluted its value. While stocks typically decline after share sales, ViacomCBS was also hurt by analyst downgrades concerned its stock had become over-valued.
ViacomCBS’s shares extended their declines on Thursday to be down 30% from the previous Monday's close, setting off alarm bells at Archegos' prime brokers and prompting them to offload stock in all of Archegos' investments. Goldman and Morgan Stanley were quick to offload shares on Friday, averting a material financial impact, sources familiar with the trades said.
Deutsche Bank said it had significantly de-risked its Archegos exposure without incurring any losses and was managing down its "immaterial remaining client positions," on which it did not expect to incur a loss.
However, other banks faced more serious repercussions. Nomura, Japan's largest investment bank, warned of a possible $2 billion loss, while Credit Suisse said a default on margin calls by a U.S.-based fund could be "highly significant and material" to its first-quarter results. The banks did not identify the fund.
Credit Suisse's losses were likely to be at least $1 billion, two sources said. The losses could reach $4 billion, a figure, one source said. Credit Suisse declined to comment on loss estimates.
Investors questioned if the full impact of Archegos' problem had been realized. Market observers noted that only in February, hedge funds took major losses on short positions during the run-up in GameStop Corp stock. Hedge fund de-leveraging also contributed toward turmoil in the U.S. Treasuries market in March 2020.
In the case of Archegos, the opaque and complex nature of its derivative trades, lightly regulated structure as a family office and high leverage - fueled by historically low interest rates - prompted concern about potential systemic risk. Regulators in the United States, UK, Switzerland and Japan said they were closely monitoring developments.
Archegos bought derivatives known as total return swaps, which allow investors to bet on stock price moves without owning the underlying securities, according to one source familiar with the trades. The fund posts collateral against the securities rather than buying them outright with cash.
Archegos' positions were highly leveraged. The firm had assets of around $10 billion but held positions worth more than $50 billion, according to the source who declined to be identified.