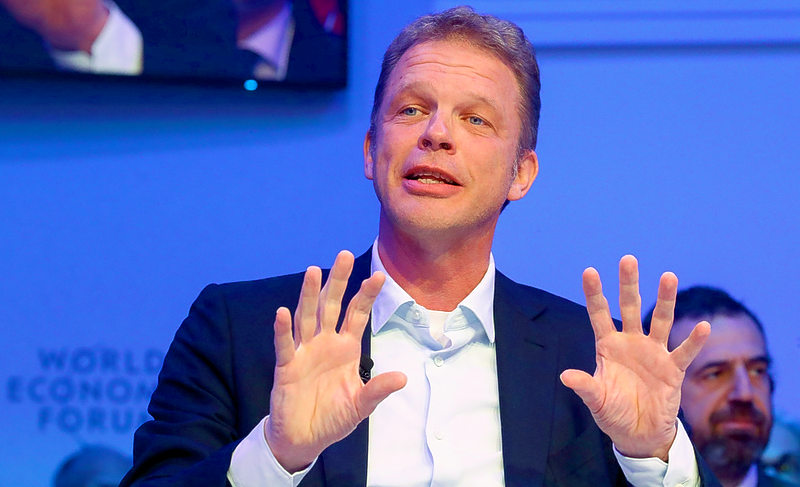 Sewing, who said negative rates also hurt lenders, on Thursday called on the ECB to use its upcoming strategic review as an opportunity to end a landmark policy that was once necessary but is now doing more harm than good. ECB rates have been negative for years and the bank is even keeping the door open for further cuts as euro zone growth dips and inflation remains below its target.
"I personally think (the ECB) missed the exit," Sewing, who is CEO of Germany's largest bank, told a panel during the annual meeting of the World Economic Forum (WEF) in the Swiss ski resort of Davos. "Because at some point you need to leave this part of negative interest rates and we are at a point where monetary policy is at its limits."
He argued that more people in Germany are losing on negative rates than winning, scarring society: "The disparity between those people who benefit from this kind of monetary policy to those who have no benefit at all – they are actually losing money – is getting bigger and bigger."
The ECB has long maintained that ultra low borrowing costs are stimulating borrowing and lending, which has pushed employment to record highs, thereby benefiting the euro zone. "I don’t expect a short term complete turnaround," Sewing said. "We have to leave negative rates, in particular for society."