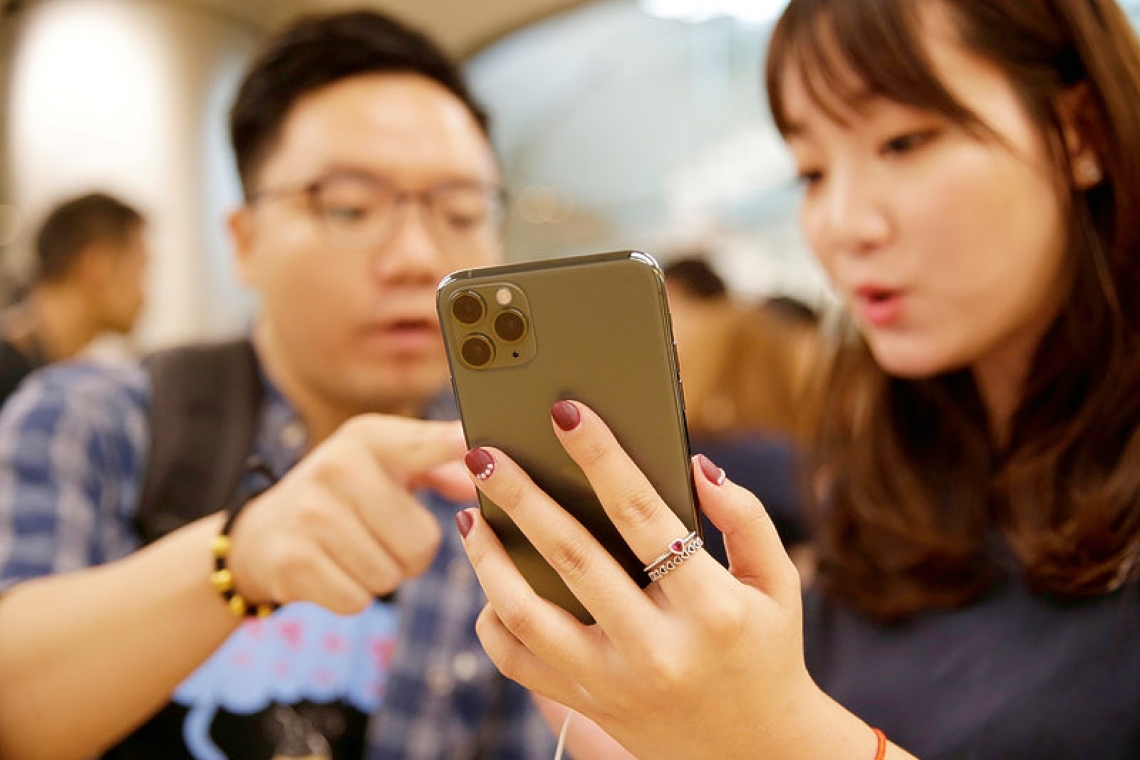 SAN FRANCISCO/TAIPEI--Travel restrictions to China because of the coronavirus have come just as Apple Inc's engineers usually jet off to Asia to perfect the production of this fall's new iPhones, former employees and supply chain experts told Reuters.

High-volume manufacturing is not scheduled until summer, but the first months of the year are when Apple irons out assembly processes with partners such as Hon Hai Precision Industry Co's Foxconn, two former Apple employees said.
"They probably have one assembly line they're trying things out on," said one of the former employees who asked not to be named discussing production matters. "Are Apple's engineers with the Foxconn engineers? If they are, they're probably making progress. But if they're not, if they're quarantined, that could be bad."
While Apple uses other contract manufacturers such as Wistron Corp to make some iPhones, Taiwan's Foxconn tends to handle the introduction of new models because its capabilities are the most advanced, supply chain experts said.
Foxconn, the world's largest contract electronics maker, delayed reopening key iPhone factories in Shenzhen and Zhengzhou after the Lunar New Year holiday but hopes to resume half of its Chinese production by the end of February. Senior Foxconn officials who have been working remotely from Taipei since the holiday have not yet returned to China on a large scale, a person with knowledge of the matter told Reuters, speaking of company officials generally.
Apple declined to comment. Foxconn did not immediately respond to a request for comment.
Last week, Apple warned investors it was unlikely to meet revenue targets for the first three months of 2020 and that global iPhone supplies would be limited as manufacturing sites in China were not ramping up production as quickly as expected. Foxconn said this month that the coronavirus outbreak would lower its revenue this year.
Earlier this month, United Airlines, which has disclosed that Apple is a major customer, said it was cancelling all fights to China until late April. Apple, meanwhile, said on Jan. 28 that it was restricting employee to travel to China to "business-critical" situations.
For new iPhone models, the transition from prototype to the assembly of millions of units starts in earnest when the Lunar New Year holiday in China ends in late January and early February, people familiar with the process said. At that point, Apple has tested numerous prototypes and is in the late stages of what is called engineering validation, in which Foxconn workers assemble small numbers of devices while engineers from both firms troubleshoot.
If delays occur at this stage it would eat into the time Apple needs to finalize orders for chips and other parts, almost all of which are custom-made for the iPhone. Because of the huge volumes needed, "they can't wait to make component selections", said Ron Keith, founder of Supply Chain Resources Group, which works with electronics makers such as Alphabet Inc's Nest.
In March and April, Apple engineers typically work with Foxconn counterparts to set up new assembly lines and do trial runs, before making final adjustments in April and May. The aim is to have production lines up and running in June so others can be added progressively to ramp up output.
"It's very complicated. There are so many variables in the environment, including small factors such as air pollution," one of the people familiar with the process said.
Anna-Katrina Shedletsky, a former Apple engineer and founder of Instrumental, a startup focused on factory automation based in Mountain View, California, said on-the-ground engineering collaboration was critical for new products. "You can fly those engineers somewhere else but there's knowledge about how you make a product in that environment. It's not that it can't be taught but it's a hard thing to move," she said.
While supply chain experts and industry insiders say Apple still has time to keep its annual iPhone schedule on track, travel restrictions have left it in a tough spot. "There is no face-to-face work being done," an executive at a semiconductor firm that supplies smartphone companies and works with teams in China said, speaking generally about phone production cycles. "And the word is, that's probably not going to change for another month at best. You're really talking about two lost months, which in the consumer electronics cycle is huge."