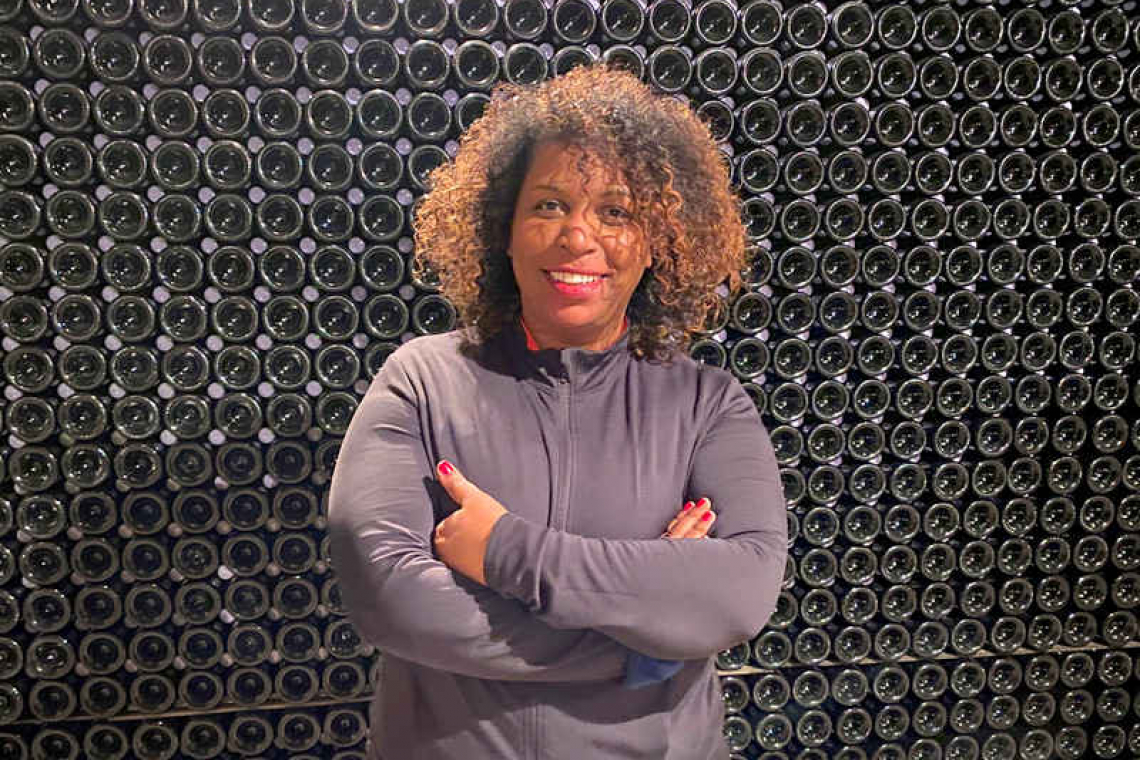 REIMS, France--When Marie-Ines Romelle, a Black woman born on the Caribbean island of Guadeloupe, decided to join the exclusive world of France's champagne producers, she saw no one who looked like her.
Instead of being intimidated, she applied the motto by which she tries to live her life. "You have to dare. When we dare, we manage to push open doors," she said.

Romelle, 42, is now running her own champagne label, in partnership with a local vineyard, and says it has found a market among customers of Caribbean origin who want a brand that reflects their connections with the region.
The brand is called Marie Cesaire, a portmanteau of the names of her mother and father. In a nod to the Caribbean, the label on the bottle carries an image of a hummingbird and the drink is sweetened with raw cane sugar.
To the best of her knowledge, she is the only Black producer of champagne, a strictly regulated designation that is reserved exclusively for people making the sparkling wine in the Champagne region of northeast France.
When Romelle was 3 years old, she and her family moved from Guadeloupe to a Paris suburb. Her father died when she was 9. She left school at 16 to support her family. She developed a passion for champagne when she worked as a sales assistant in an airport delicatessen near Paris.
Years later in 2015, after jobs managing stores, working as a bank asset manager and studying for a business degree, she moved to the champagne region and launched her brand. She said she hoped to blaze a trail for other people from ethnic minority groups.
"We have to stop building barriers and telling ourselves that 'I can't do this or that'," she said. "I hope that tomorrow, someone will identify with me, and that I will make an impact on them, that they will dare to do things they didn't dare to before."